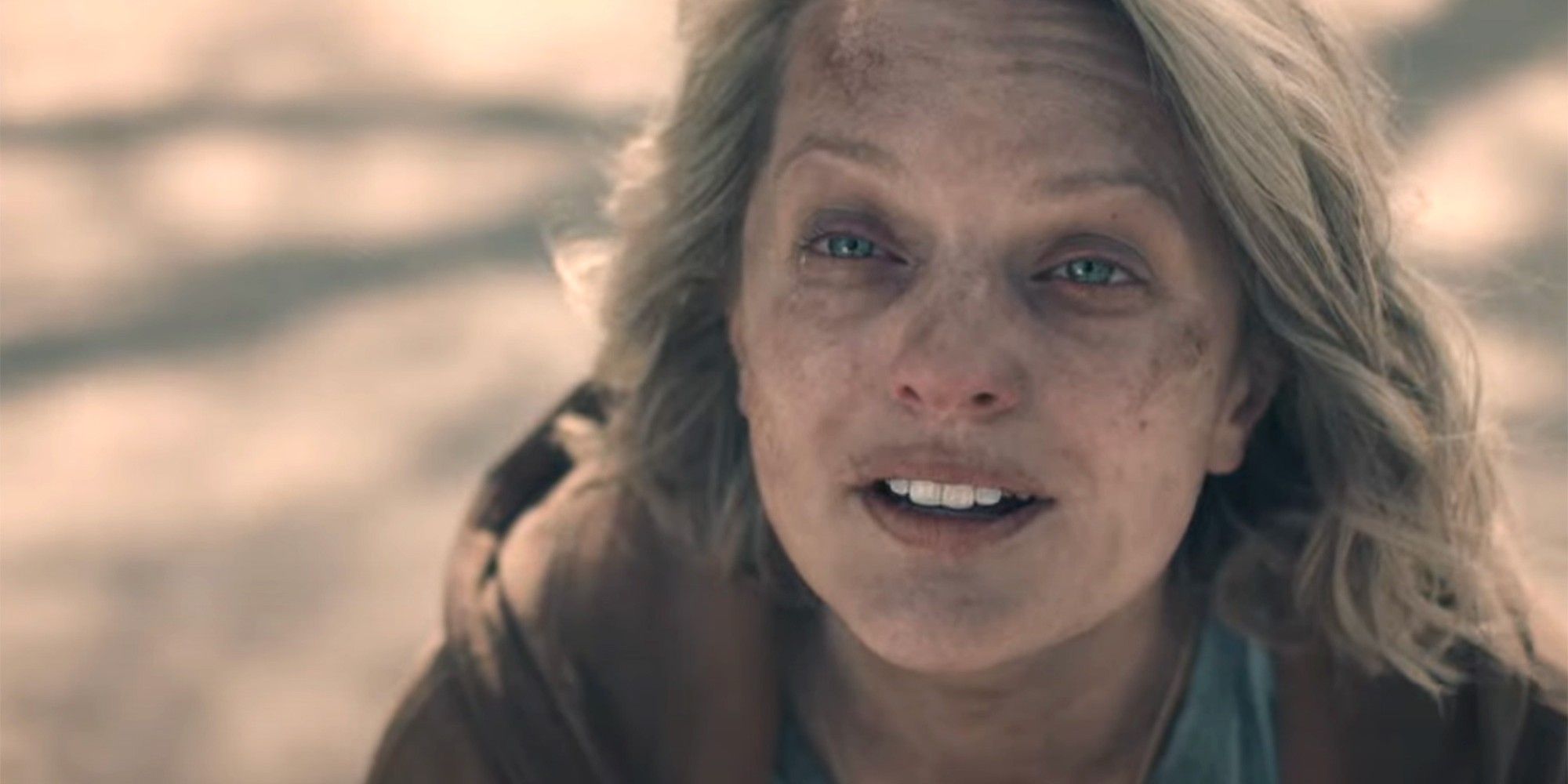 Hulu has confirmed that The Handmaid’s Tale has been renewed for season 6, which will also be its last. Based on the Margaret Atwood book of the same name, The Handmaid’s Tale first premiered in 2017, and has received mass critical acclaim throughout its run. The series has won several major awards, including an Emmy for Outstanding Drama Series in 2017; the first time a streaming service series had ever won the award. In 2019, it was announced that a sequel series was in development, based on Atwood’s spinoff novel The Testaments.

The Handmaid’s Tale takes place in a dystopian universe after a second American Civil War, in which fertile woman are forced into child-bearing slavery and are dubbed ‘handmaids.’ The series follows one handmaiden, June (Elisabeth Moss), as she tries to escape her enslavement. The Handmaid’s Tale season 5 will premiere on September 14, and picks up where season 4 left off: with June facing the consequences of Commander Waterford’s murder, and potentially returning to Gilead.

On Thursday, Hulu announced (via Deadline) that The Handmaid’s Tale has been renewed for season 6, its last. The series’ showrunner, Bruce Miller, made a statement expressing his gratitude towards Hulu for giving the show one final season. Read Miller’s full statement below:

“It has been a true honor to tell the story of Margaret Atwood’s groundbreaking novel and chillingly relevant world, and we are thrilled to bring viewers a sixth and final season of. We are grateful to Hulu and MGM for allowing us to tell this story, which unfortunately has remained as relevant as ever throughout its run, and are in awe of our incredible fans for their unwavering support, and without whom we never would have gotten to this point.”

With the original The Testaments novel revealing what happened to June years after the events of the first novel, June’s story may not end with The Handmaid’s Tale‘s season 6. However, there are likely few who would say the main series should continue. There have been arguments in favor of The Handmaid’s Tale finally coming to a close, and now it’s clear the creative team has a proper plan in place. Though The Handmaid’s Tale is slowly coming to an end, avid fans can rest assured knowing that there is still much more of Gilead to be explored in the coming years.