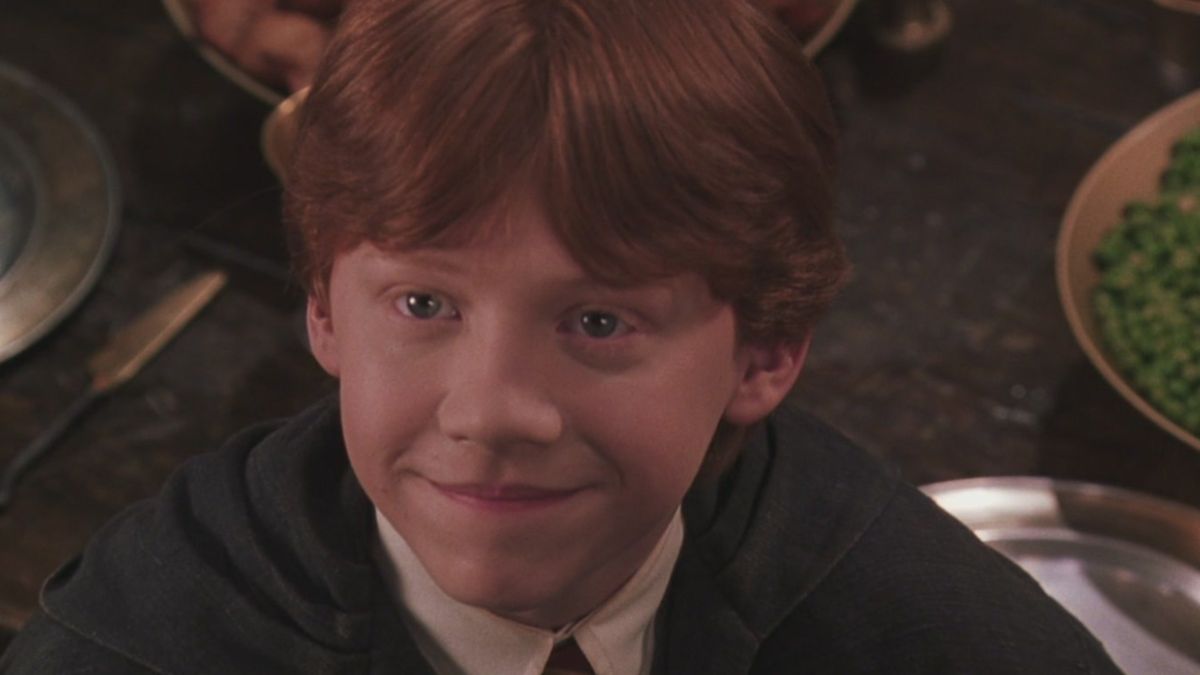 The Harry Potter franchise has been a vital part of pop culture for decades, and shows no signs of slowing down. This is partly thanks to the beloved eight movies, which made the young cast into household names. The adult cast was also top notch, and we recently learned the great advice Alan Rickman gave Rupert Grint, Daniel Radcliffe and company as Harry Potter was ending.

Alan Rickman played Snape to pitch perfection throughout the Harry Potter movies, being privy to the character’s fate long before the public was. The younger stars seem to have treasured their time with the late actor, including Ron Weasley himself Rupert Grint. While appearing on the In The Envelope (opens in new tab) podcast, the Servant actor shared some advice that both he and Daniel Radcliffe took from Rickman about acting. As he put it,

I think it was amazing, the kind of actors that we were engaging with at such a young age. They really kind of did take on a kind of mentor role. I mean Julie Walters, she played my mom Mrs. Weasley, she was great. Again, Alan Rickman, he was kind of the one who encouraged all of us to go and do theater at some point. I remember him definitely saying that to me. Which I did eventually do. Straight after I finished Potter I did a play that was really helpful to me.

Talk about good advice. While being a film actor is a slightly different craft, the dedication and immersion necessary to give a great theater performance has been known to benefit countless actors. So Alan Rickman wanted to make sure that Rupert Grint and company would flex those muscles as Harry Potter was ending its triumphant run in theaters.

That advice was definitely heard by both Daniel Radcliffe and Rupert Grint. As the latter actor mentions, he did a Broadway play shortly after wrapping Harry Potter. He starred in It’s Only a Play alongside legends like Matthew Broderick, Nathan Lane, Megan Mullally, and Stockard Channing. And he maintains that it was a helpful exercise as a performer.

Of course, Daniel Radcliffe also has done a number of high profile theatrical productions over the years. He infamously bore it all for the revival of Equus, while also appearing in the Broadway revival of How To Succeed in Business Without Really Trying. So far Radcliffe has four Broadway credits to his name.

Later in that same podcast appearance Rupert Grint went on to share how Alan Rickman’s advice helps him to avoid corpsing on camera. Corpsing is also known as breaking, where actors laugh, smile or otherwise ruin a take. Apparently Rickman offered some advice on the subject, as Grint shared:

Alan had loads of little nuggets of wisdom. He was really good–I have this thing where I corpse a lot, I’ve just never been able to control it, but he always had some interesting kind of tips on how to not do that.

Rupert Grint likely has had to use that advice plenty of times, especially while starring in the Apple series Servant. The M. Night Shyamalan series pivots between comedy and horror, both of which might cause an actor to break aka corpse.

Rupert Grint will once again collaborate with Shyamalan on his mysterious upcoming movie Knock at the Cabin. Although some fans are hoping he’ll eventually play Ron Weasley again in a Cursed Child movie. In the meantime check out the 2022 movie release dates to plan your next movie experience.

See also  25 Things That Everyone Gets Wrong About Draco Malfoy

“They Just Like to Lie There”: 8-Year-Old Arnold Schwarzenegger Executed a Perfect Plan to...

Ruben Randall - December 20, 2022 0
Celebrity
A TEEN Mom star has revealed her true feelings about reality TV and why she would never return to the small screen. Teen Mom...