He later moved on to another mansion in Beverly Hills, which was nicknamed the “salad spinner house” for its unique design and abundance of windows. It reportedly set him back a whopping $US59,000 a month.

Despite having a net worth estimated in the hundreds of millions off the back of her successful career as a performer, Grande rented a number of lavish properties in and around Los Angeles for a decade before finally jumping on the property ladder more recently.

Among the homes she rented in Beverly Hills was a starter home in the LA suburb of Toluca Lake, where the singer lived with her mother.

She soon swapped this for a Tudor-style home in the swankier suburb of LA, Hancock Park, which she again shared with her mum. 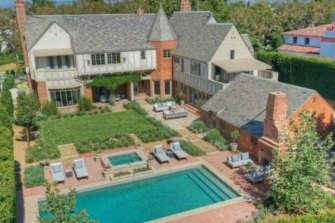 Grande later moved again, this time to a mansion befitting the superstar she had become.

The stunning Mediterranean-style home boasted five bedrooms, five and a half bathrooms, a stunning pool and was perched on a cliff. It also set her back $US40,000 per month.

They are known for their impressive multimillion-dollar property portfolios and their penchant for buying and selling property almost as often as they change their clothes, but sometimes even the famous Kardashian-Jenner family need to seek out a rental. 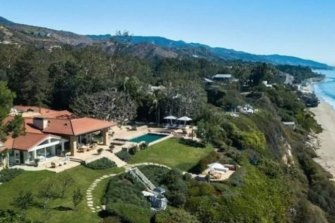 The Kardashian-Jenners rented a home for the final series of their show.Credit:Realtor

While members of the family have rented properties from time to time to live in temporarily while doing work on their own homes, rentals have also served as the location for their Keeping up with the Kardashians spin-offs shows — think Miami, New York and the Hamptons. Caitlyn Jenner even famously moved to Malibu during the demise of her marriage to matriarch Kris Jenner.

But when they needed a glamorous location to film the final series of their show, they turned to family friend, socialite Diana Jenkins who allowed the family to rent her $US120 million Malibu pad.

The home had plenty of room for the family thanks to its generous seven bedrooms and 10 bathrooms. But the real standout was the view it offered of the Pacific Ocean and staircase leading straight to the Paradise Cove beachfront below.

As the family leased the house from a friend, it is not known how much they paid in rent.

For stars with a combined wealth of more than $US1.4 billion, it is surprising that singing superstar Beyoncé and her rapper/music producer husband Jay-Z decide to rent, but it may well be that with so much money at their disposal, nothing is deemed good enough to buy.

Another pair of serial renters, the dynamic duo and parents of three regularly lease homes to live in, and one of their most lavish rentals was a truly spectacular home in Malibu, California, named La Villa Contenta. 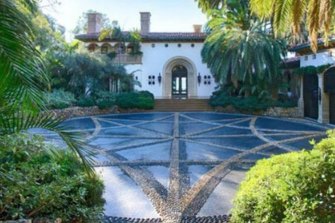 The rental in Malibu that Beyonce and Jay-Z rented.

See also  This Year, There Are Two Movies Made by Women with a Shot at Both Best Picture and Director Oscar Noms

The property, which features a main house and two guest houses with a total of nine bedrooms, is described as an Italian style villa, and offers every conceivable luxury the pair desires.

There is a grand entrance, multiple living and dining spaces, a media room, wine cellar and even an indoor Roman pool to complement the infinity pool and children’s wading pool found outside.

All this luxury does not come cheap, setting them back a cool $US400,000 a month.