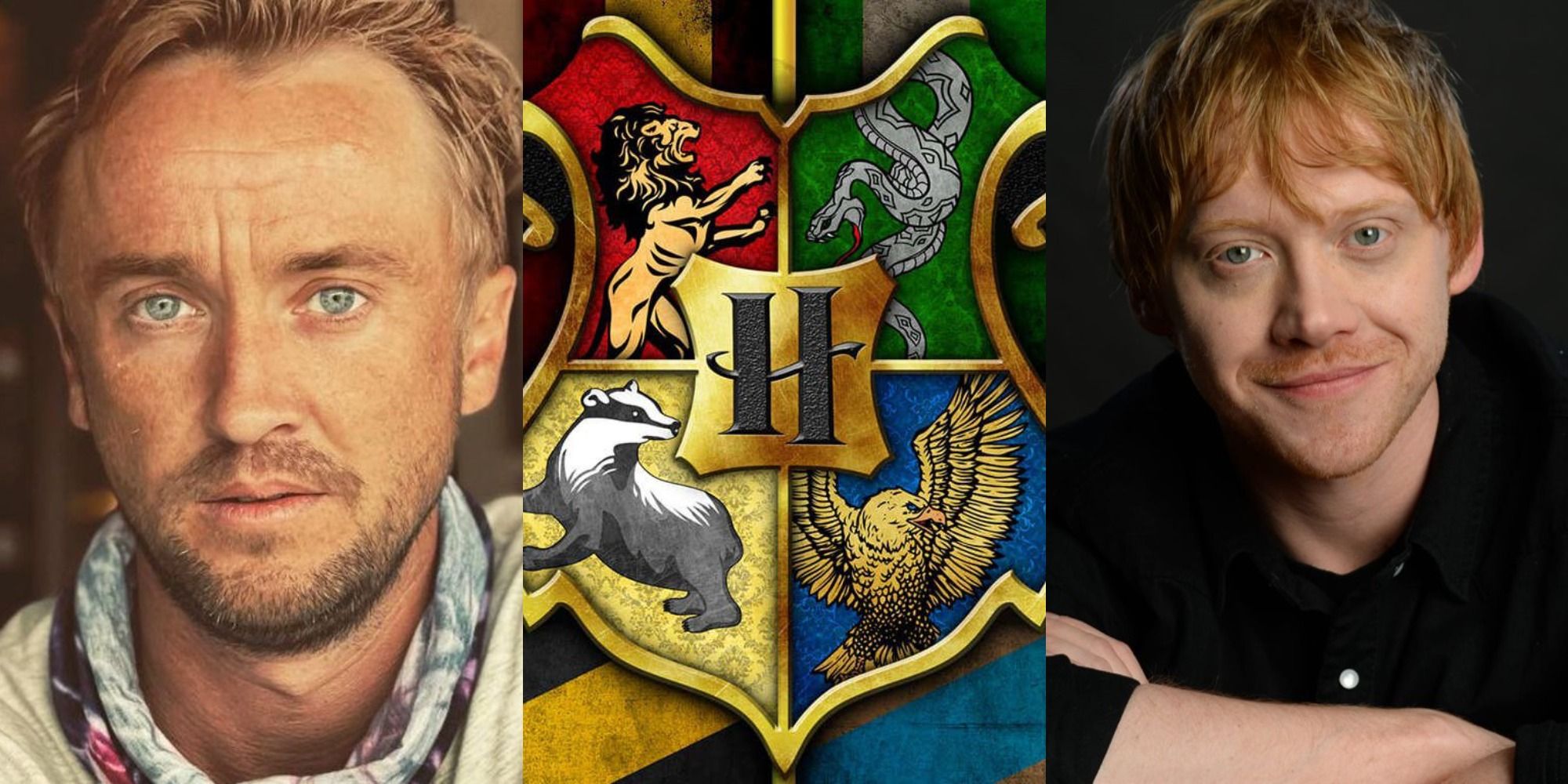 From its launch in 2012, Harry Potter fansite Pottermore, now rebranded as WizardingWorld, gave fans the chance to find their place at Hogwarts by taking a quiz to get sorted into their house. But it’s not just fans of the wizarding franchise who have taken the quiz.

While some actors are known for being like their characters how true is this of the Harry Potter cast? Sadly not all of the cast have revealed their results of where the online sorted hat has placed them, Daniel Radcliffe for example claims to be a Gryffindor through and through, despite not officially taking the test. But other cast members have confirmed their official Hogwarts houses.

Upon receiving his result, he responded “Oh yeah, no, I feel pretty good,”. Continuing to say, “It wasn’t what I was expecting, but that’s really clever. Yeah, I love that.”.

Taking the quiz on camera at the same time as Grint, Matthew Lewis, Neville Longbottom’s actor similarly found himself to be proud Hufflepuff. While it is often debated whether Neville was a true Gryffindor and would have fit better into Hufflepuff instead, it may be down to Lewis’ own place at Hogwarts.

At first responding sarcastically deadpanning “I got Hufflepuff, and I’m thrilled,” before continuing more enthusiastically “No, I am! I am really happy with Hufflepuff, of course I am. Excellent. That’s cool. Wicked.”.

As part of a SortingChallenge issued by the official WizardingWorld Twitter and Instagram accounts in late 2021, Dean Thomas actor Alfred Enoch proudly revealed that much like his character he’s a Gryffindor.

RELATED: Harry Potter 9 Book Scenes Where An F-Bomb Would Have Been Appropriate, According To Reddit

The actor then went on to describe his reaction as “Something that fills me with a nice warm glow. I’d always imagined I’d be a Gryffindor as a kid so it was nice to have that confirmed.”.

Oliver Phelps played one-half of the red-headed Weasley twins, George Weasley. In an interview released on the official Wizarding World website in 2020, Phelps revealed that similar to the mischievous pair of brothers in the franchise, he also was sorted into Gryffindor by the online sorting hat.

When he revealed his house he said “I was put into Gryffindor, which I was very happy with. It helps when you already have the uniform!”.

In the same interview as his identical brother, he revealed that he was pleased to have been deemed a Hufflepuff saying “Hufflepuff… which is cool, but even cooler as I actually have a badger living under my shed!”.

Despite not having the biggest role in the franchise, Warwick Davis played two roles in the franchise, Griphook and charms professor and head of Ravenclaw House during Harry’s first year at Hogwarts, Professor Flitwick.

Like some of the other Harry Potter cast members, Warwick Davis shares a Hogwarts house with his character after he revealed in the 2021 SortingChallenge social media campaign that he too had been placed in Ravenclaw.

Playing the quirky and loveable Luna Lovegood, who fans will remember was sorted into Ravenclaw. Unlike her Harry Potter character, Evanna Lynch revealed she was sorted into Gryffindor in the same 2016 Pottermore House Test as Ron and Neville’s actors.

RELATED: 10 Harry Potter Characters Whose Pasts Were Seen In Flashbacks

Lynch seemed delighted by her result, proudly pumping her fist in the air before claiming that she was “Thrilled, but also, like, not surprised.”.

Taking part in the social media SortingChallenge, Natalie Tena who can be remembered for playing Metamorphmagus and witch Nymphadora Tonks, excitedly revealed that she’d been sorted into Hufflepuff.

Again, much like her character Tonks who was also placed in Hufflepuff upon entry to Hogwarts, Tena celebrated her house by saying “We are badgers and loyal and hardworking”.

Playing the youngest Weasley sibling and only girl Ginny for over 10 years, it’s no surprise that Bonnie Wright was also placed in Gryffindor, much like her character.

Taking the official Wizarding quiz on camera alongside some of her co-stars in 2016, Wright seemed overjoyed at her result, saying “I feel very relieved. I feel proud.”.

Famously playing one of the main Slytherin characters in the series, Tom Felton played Draco Malfoy, school bully and villain. However, Felton took to Twitter in 2015 to reveal that he’d taken the Pottermore sorting quiz and found out that he’s a Gryffindor, further saying that he was heartbroken at not being placed in Slytherin.

NEXT: 10 Things The Harry Potter Movies Did Better Than The Books, According To Reddit