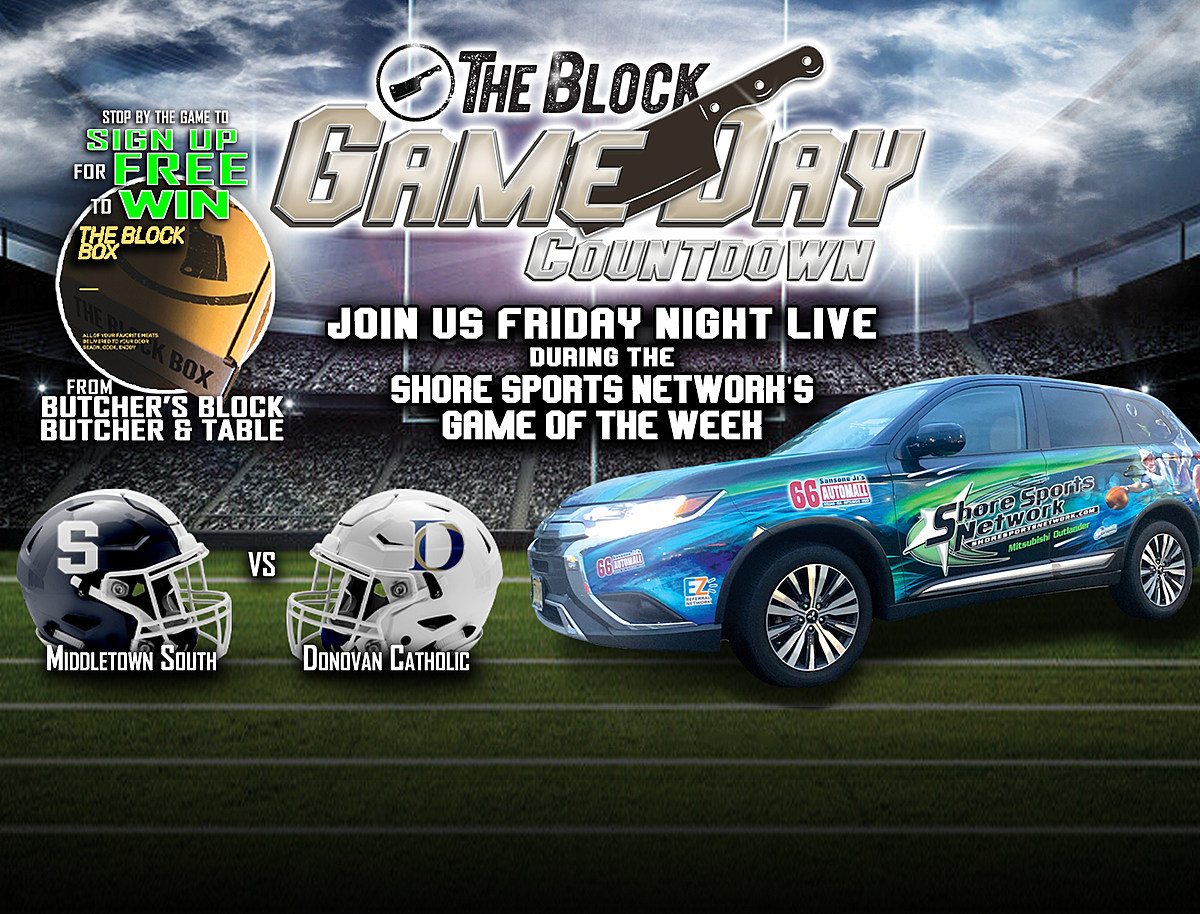 The Block GameDay Countdown takes us to Donovan Catholic Friday night where the Griffins host Middletown South in a battle of American Division rivals who are both ranked in the Jeep Store/Shore Sports Network Top 10.  The visiting Eagles (#5, 5-1) have won 3 in-a-row thanks to a bruising running game while Donovan (#4, 5-2) has bounced back following two consecutive losses to shut out their last two opponents.

Leading the way for the Eagles has been junior linebacker/running back Colin Gallaher while the young but talented Griffins boast freshman running back Najee Calhoun.

This is the final game for both teams before the NJSIAA Playoff pairings are announced.  Both teams are postseason bound but looking to collect as many points as possible to secure the highest place possible in their respective brackets. Middletown South is vying for the top seed in South Group 4 while the Griffins currently sit 5th in Non-Public A.

If you are heading to the game then look for the Shore Sports Network SUV and stop by and register to win a $100 “Block Box” of assorted 100% all-natural prime meat and more.  It’s all from The Butcher’s Block Butcher & Table in Long Branch which has taken the shore by storm.  You can also pick up your copy of the Shore Sports Network 2022 Football Preview which is a great resource to have all season long.

You can sign-up through halftime and then between the 3rd & 4th quarters we will have the PA Announcer read the name of one randomly selected person who will win the $100 “Block Box.” Also follow us on the Shore Sports Network Facebook page as I’ll provide a scene-setter for the game as well as updates throughout the evening.

At the conclusion of the game we will present The Butcher’s Block MVP award.

Ruben Randall - May 4, 2022 0
Money
Donald Trump, the king of reinvention, has a new moniker: entrepreneur in the technology sector. It’s a stretch for the 75-year-old, who avoids email...

Harris Dickinson on His Star Turn as Male Model on a...