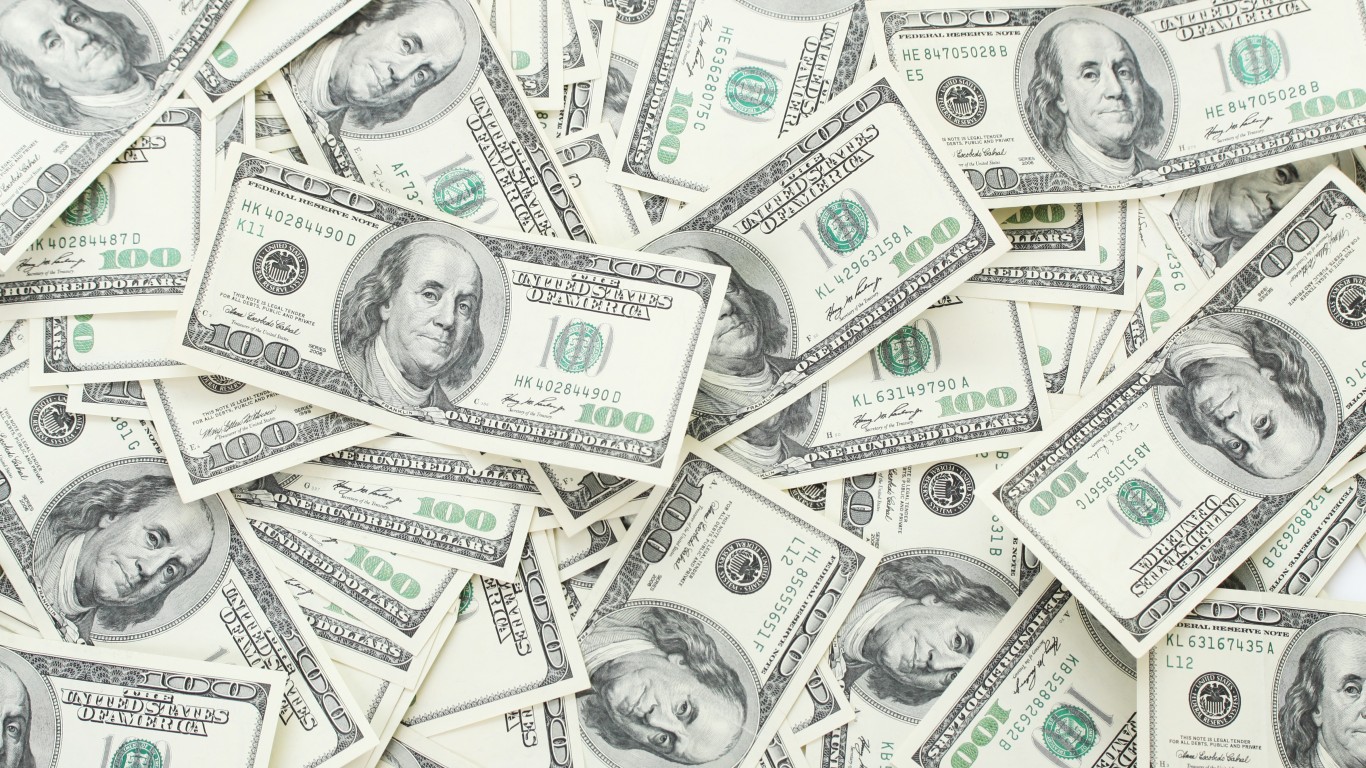 During the 2020 financial year, the Internal Revenue Service issued almost 34 million penalties against individual and estate and trust income taxes, generating $14 billion in tax income. The most common penalties were for failure to pay, non- or underpayment of estimated tax, and delinquency. Half of the total amount generated by penalties was for failure to pay. (These are the 19 most common tax mistakes.)

To identify 34 celebrities from different fields of endeavor who got into trouble with the IRS, 24/7 Wall St. reviewed the tax avoidance debt for individuals from the report The World’s Biggest Tax Offenders by Tipalti, an accounting software company. Tipalti used data for individuals taken from multiple online sources. We added several more offenders sourced from Insider and other business-focused websites.

Some of the tax cheats are rappers such as Busta Rhymes, MC Hammer, and Nelly. In Nelly’s case, his fans rallied to his side, streaming his music to generate money to help pay off his debt. Beloved singers such as Lionel Richie, Dionne Warwick, and Willie Nelson also got on the wrong side of the IRS and sought to make amends for their tax transgressions. Nelson cut an album “The IRS Tapes: Who’ll Buy My Memories” to help pay the tax debt.

Some athletes were their own worst enemies when it came to tax debt, getting into tax trouble during and after their career. They included football players O.J. Simpson (whose tax issues were the least of his problems) and Ron Mix, baseball player Pete Rose, and boxer Floyd Mayweather. (These are the best-paid athletes and what they owed in taxes.)

The two top tax evaders are more infamous than famous, known for their tax-evading legerdemain rather than their ability to entertain.

Ruben Randall - June 11, 2022 0
Actress
HBO is currently readying House of the Dragon, a Game of Thrones prequel show set some 200 years before the original series. As a successor to Game...