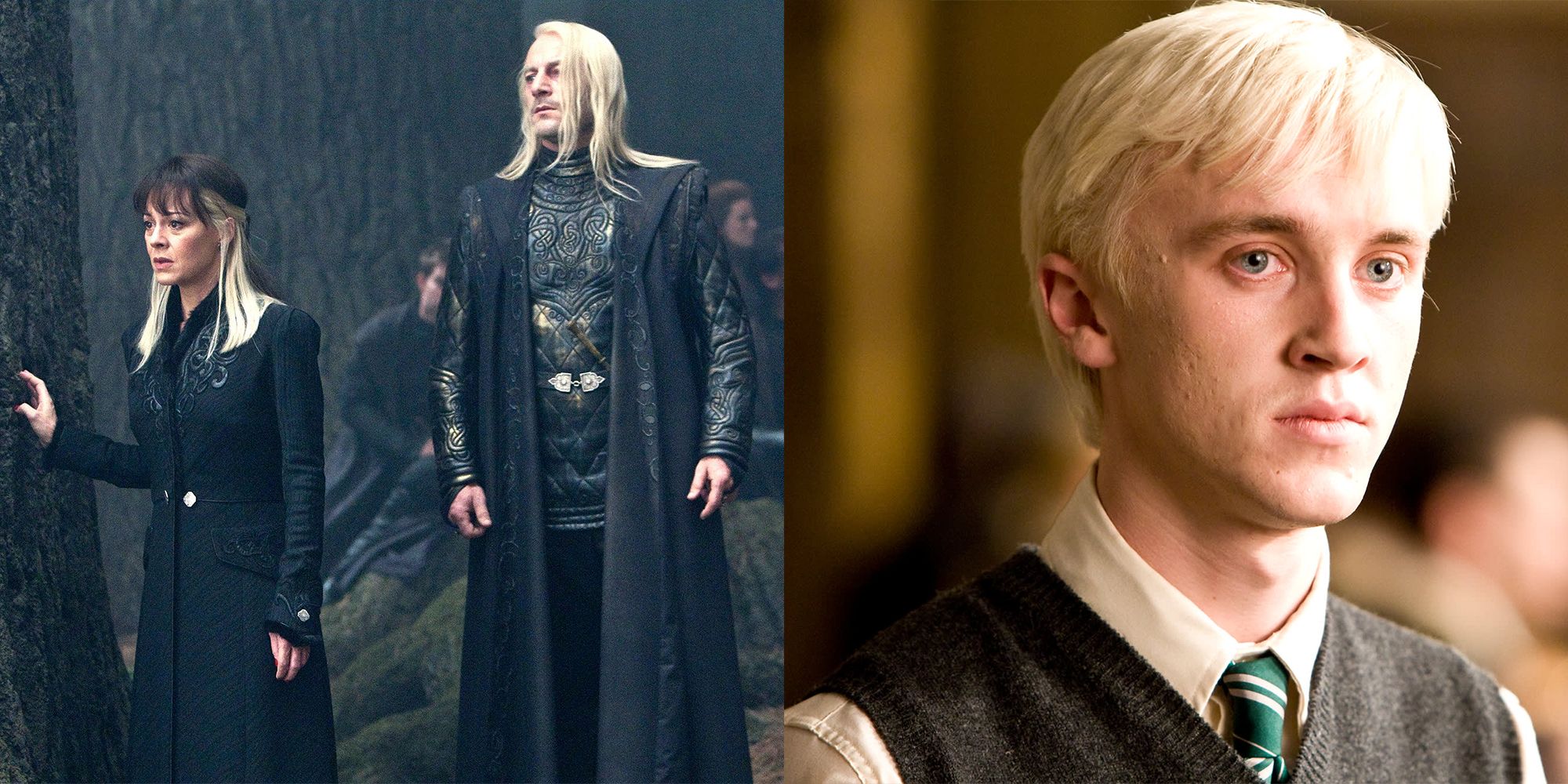 As Harry Potter continues to see a rise in sales even through the pandemic, it is safe to say that the franchise is gaining new fans almost every day. One of the most popular characters in Harry Potter was Draco Malfoy, mainly because he was both misunderstood and also a coward with many layers to him, and his family was just as interesting. It is quite pleasant to know that there are readers learning for the first time about these fantastic characters in the series.

Inarguably, the Malfoys were a mostly evil bunch. With old-world thoughts about blood purity and some very bigoted ideologies, they were disliked for their behavior. Still, there were a few isolated moments when they did the right thing instead of the easy one, and their actions had long-lasting consequences. The Malfoys, unbelievably, could be noble too.

Something that people get wrong about Narcissa Malfoy is that she was a Death Eater, when in fact she was never part of Voldemort’s inner circle of believers. She certainly affiliated with the Dark Lord’s side, but her maternal side won over her evil one when she had to check if Harry was still alive in the Forest.

She could have given away his state if she wanted to, but she needed a way into Hogwarts to rescue Draco. It can also be assumed that she didn’t want to see a boy of Draco’s age die because she gave him away.

It turns out, Draco Malfoy wasn’t all that bad, because if he was, he would have identified the severely disfigured Harry to the Death Eaters in an instant. He clearly could see the scar and assess Harry’s features through the spell, especially because Ron and Hermione were with him, but he declined to give a satisfactory answer.

What made this action noteworthy was that he had his entire family’s life at stake since the Malfoys had lost favor with Voldemort, but he still chose to do the right thing to not rat Harry out.

Anyone who was familiar with the dynamic shared between Draco, Crabbe, and Goyle would know that it was a friendship of convenience. Crabbe and Goyle wanted to be attached to a powerful boy with known parents, and Malfoy wanted henchmen to do his dirty work.

Still, it counts for a lot that Draco chose to grab an unconscious Goyle and drag him to safety before Harry could come get them in the Room of Requirement. He considered him more of a friend, than Goyle and Crabbe did him.

Lucius And Narcissa Chose Not To Fight The Battle Of Hogwarts

The Malfoys had allied with Voldemort through the course of the series, but they chose to leave his cause in the last installment. Many would say that their walking away was an act of cowardice, but it could also be one of bravery when they chose not to harm anyone at Hogwarts for Voldemort.

In the end, they just wanted to keep their family safe and get out unscathed, which is a selfish motive for sure, but if the Malfoys had chosen to fight, there would have been many more casualties in Hogwarts. They wanted nothing to do with Voldemort anymore and their stance proved it.

While Draco Malfoy was evil, cruel, and an extremist, he still had enough sense to not cross over to the dark side completely. However, as the Malfoys lost their standing with Voldemort, the Dark Lord took advantage of their reduced position and forced Draco to become a Death Eater.

He obviously didn’t want to do half the things he was told to do by Riddle and his followers, but he had to in order to keep his mother and father safe. It was a testament to his love that he chose to toe the line for them.

Poor Draco was pressured by Voldemort to do his bidding in his sixth year at Hogwarts, or his entire family would be killed which was one of the saddest things about him. It was under this threat that he got Death Eaters into the school and tried to kill students. However, the young Malfoy couldn’t carry out the ultimate crime — killing Dumbledore.

The great wizard was dying, tired, and weak in front of Draco, but he could not go ahead and kill the Headmaster. It was also the most clever thing he did because with Snape’s intervention, the Elder Wand could pass into the right hands.

Draco Tried To Stop Crabbe From Killing Harry And Hermione

His purpose of following Harry to the Room of Requirement was not noble by any means, but Draco’s actions inside it were very uncharacteristically unselfish. As Crabbe tried to perform Unforgivable curses on Harry and Hermione, Draco made sure he stopped him before he nailed his targets.

Draco may have told Crabbe to spare them because the Dark Lord wanted them alive, but it was quite clear that he did not want to kill the Trio. He had humanity left in him, and killing did not come as naturally to him as it did to other Death Eaters.

Draco Stood Up To His Parents In Marriage

In The Cursed Child, Draco was happily married to Astoria Greengrass, who was also a Pureblood but one with liberal and kind beliefs about muggles and mixed blood witches and wizards. Together, they were tolerant and compassionate, which was unlike Lucius and Narcissa.

When they disapproved his match with Astoria, Draco finally stood up to them to marry the woman he loved, and also for his changing beliefs about Wizarding society and its future in the world.

Rose Above His Own Upbringing To Raise Scorpius Well

It was no secret that Lucius and Narcissa had raised their son to have the same close-minded, puritanical beliefs about wizarding life that they had. This was why Draco was as arrogant and insufferable as he was during his childhood.

In an admirable twist of fate, Draco decided to do away with this kind of thought process and chose to be better than what he used to be. He raised his son Scorpius to be generous and unbigoted too, instead of being a bully, which made several people’s lives much better.

Doctor Strange 2 Is Better On Disney+ Than In Theaters

Rebecca Ferguson Could Quit Acting Happily, But Not Before Crossing This...

Ruben Randall - January 11, 2023 0
Actress
Dune is an impressive addition to Rebecca Ferguson’s acting career. The 38-year-old star got her start...