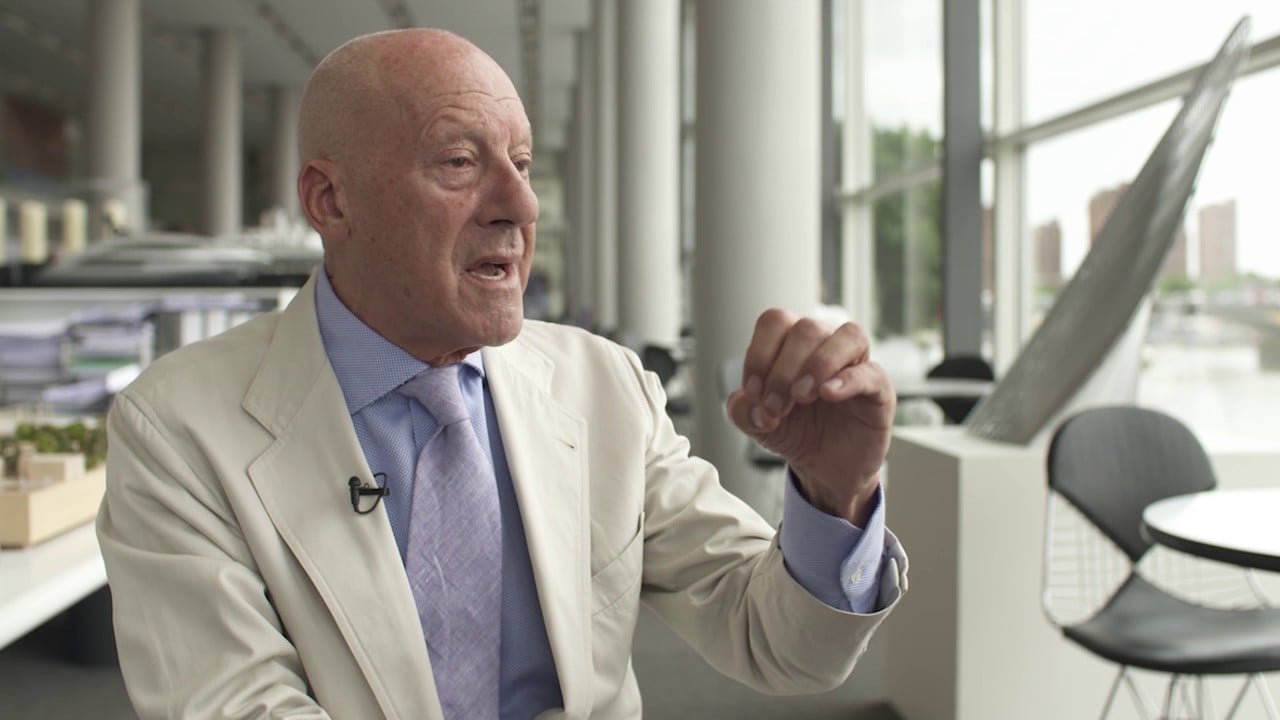 Architects are a very important part of the development of any construction project. The Master Class defines an Architect as someone with professional skills in planning and designing buildings. Other than the general outlook, they are responsible for the safety of the building, and that is why they have to be licensed. Their job description varies from one Institution to another.

Still, other than the primary design roles, they market their construction firms, continuously monitor the progress of a given project, ensure that any project adheres to the construction codes and preparation of construction documents, and help their clients get the approval of construction plans from the relevant authorities. Architecture has roots in Greek culture but has evolved to incorporate technology with time. It is a well-paying job, and it has produced some multimillionaires. We shall be examining the 10 richest architects in 2022.

Yansong Ma is a Chinese architect who was born in 1975 in Beijing. He is the founder of MAD architects. Besides his design works, he loves teaching. Currently, he is lecturing at Tsinghua University School of Architecture and is a visiting professor at the Beijing University of Civil Engineering and Architecture. According to Wikibioall, his wealth is estimated at around $10 million. Among the key buildings, he has designed the Ordos Museum, China, and the Absolute Towers in Ontario. His works are more dominant in Europe, even though he was born in China.

Sir David Adjaye is a Ghanaian architect who is based in Britain. Born in 1966 to Tanzanian parents and a diplomat’s father, he experienced early life in several countries in the Middle East and Africa. The rise of his fame has been through effective designs that utilize innovative materials and light. This greatly impacted how he would make future designs due to the exposure to different building cultures. In 1990, he graduated with a bachelor’s in Architecture from South Bank University. While in school, he still worked for several firms, and in 1994, he partnered with William Russell and formed the Adjaye and Russell firm. He would later start the Adjaye Associates in 2000. He started his career by designing Restaurants, studios, retail establishments, and private residences.

Maya Lin is an inspiration to every girl that they can venture into this field and be among the best. She got her bachelor’s degree from the coveted Yale School – she, specializing in architecture and sculpturing. While in her senior year, she won an award for designing the Vietnam Veterans Memorial. Maya has a minimalist perception of design though it remains controversial and equally popular in the United States. Born in October 1959 in Athens, Ohio, her parents were Chinese intellectuals who had run away from China in 1948. Her designs always have liberation or human-rights concerns.

Just after finishing school at Harvard, she was hired by the Southern Poverty Law Center to design a civil rights monument. The famous monument was simple and carried the greatest words of Martin Luther King ‘I Have a Dream.” Other projects such as The Wave Field (1995) and the Storm King (2009) in New York Followed. In addition, she designed the Langston Hughes Library (1999) and The Museum of Chinese in America, New York (2009). Due to her works, she was awarded the National Medal of Arts (2009), and a film was dedicated to her- Maya: A Strong Clear Vision (1994). Barack Obama honored Maya with the Presidential Medal of Freedom in 2016.

Yu represents the Chinese in our list of the ten richest architects worldwide. Born in 1963 in Jinhua, Zhejiang Province, he is a respected specialist in landscaping, urban planning, writing, and educating young architects. He is credited with the innovation of Sponge City and has won several awards. Yu graduated with a master’s Degree from Harvard University in 1995 after successfully presenting and presenting his project, “Security Patterns in Landscape Planning: With a Case in South China.”

He started lecturing on his area of specialization at Peking University in 1997and he played a huge role in the foundation of the Landscape Architecture at the Institution. In 1998, he started Turenscape, which has grown to be one of the leading firms in the world with at least 600 professionals. Some of his significant projects are Yanweizhou Park, Jinhua, China (2014), Red Ribbon Park, Qinhuangdao, China (2009), and Shipyard Park, Zhongshan, China (2009). He has been vetted with the 2010 World Architectural Festival Awards of Landscape and four Excellence on the Waterfront Awards, among others.

Bjarke Ingels is famous for producing sustainable projects that appreciate the sociological philosophy of their surroundings. The Architect was born in Copenhagen, Denmark, in 1974 to a dentist mother and an engineer father. He studied at the Tecnica Superior de Arquitectura, Barcelona, Spain. By 1998 he was working at the Office for Metropolitan Architecture, Rotterdam. Compared to others in this list, his company is among the most recently formed. In 2001, together with Julien de Smedt, they started a Copenhagen-based company called PLOT. One of the company’s biggest achievements was completing a 27,000-square feet open-air swimming pool in Copenhagen Harbor front.

His wealth is attributed to the BIG (Bjarke Ingels Group), which he founded in 2006. He went ahead and co founded KiBiSi, which is a design consultancy firm. In 2010 BIG landed in America by establishing an office in New York and later moved their U.S. headquarters close to Wall Street. The same year, BIG recruited new associates -Brian Yang, Jakob Sand (Copenhagen), Beat Schenk, and Daniel Sundin (N.Y.). Some of his key projects are the LEGO House, 2 World Trade Center, and the V.M. Houses.

According to Famous People Today, Piano is an Italian architect born on September 14, 1937, in Genoa. He was born into a family of contractors, and his net worth is $25 million. His father, Carlo Piano, three uncles, and his grandfather reported being contractors. The Architect attended the Milan Polytechnic School of Architecture, where he graduated in 1964. After graduation, he taught at the Politecnico di Milano from 1965-1968. Before founding his firm, Renzo Piano Building Workshop, in 1981, he worked with Z.S Makowsky and Louis Kahn. The Center Georges Pompidou was among his key first projects. In 1992, he was awarded Geno’s harbor’s $500 million rehabilitation.

In 2012, he stamped his authority in the design world when he oversaw the completion of The Shard-this is the tallest housing structure in the U.K., going for a height of 309.6 meters. When the Polcevera bridge collapsed in August 2014, he was awarded the tender to replace it, and in August 2020, he completed the project. So far, his company has completed more than 140 projects in Asia, Europe, and North America.

If you are looking for good drawing artists, you must book a ticket to Spain. Santiago Calatrava is a Spanish architect, sculptor, painter, and structural engineer. He is famous for creating designs resembling living organisms and bridges resting on single-leaning pylons. Santiago had his early education in Valencia, Spain. By 1968 Spain had become more open to Europe, and he went to Paris to advance his art skills at the Ecole des Beaux-Arts school. Upon arrival, he found student unrest at the climax in Paris and decided to return home.

Santiago drew aspirations from an architecture book by Le Corbusier, who persuaded him that he could be both an artist and Architect. The first projects that earned him international recognition were the Zurich Stadelhofen Railway Station, Zurich (1983-90), The Bac de Roda Bridge in Barcelona, Spain (1984-1987), and the Lusitania Bridge, Merida, Spain (1988-1991). His other outstanding projects are the World Trade Center Transportation Hub, New York, Milwaukee Art Museum, Twisting Torso Tower in Sweden, and the Hunt Hill Bridge in Texas.

The Israeli-Canadian-American Architect was born in Haifa, Israel, on July 14, 1938. He studied at McGill University, Montreal, and started his career in 1962 under architect Louis I. Kahn. Later, he opened different offices in Montreal, Jerusalem, Boston, and Toronto. According to Britannica, his greatest work was the design of the Habitat ’67, which was exhibited for the whole year at the Expo ’67 international exhibition in Montreal. The design was based on prefabricated housing units that attracted a lot of international attention for their ability to offer cheaper housing solutions. Some of his earliest projects included the Wailing Plaza, Old City -Jerusalem (1974).

In 1987 he designed the Holocaust Memorial facility at Yad Vashem in Jerusalem. His works have also been felt in America when he designed the expansion of the Toronto International Airport in 2007, the Headquarters of the Institute for Peace, U.S, in 2011, and the Kauffman Center for the Performing Arts, Kansas City, MI, in 2011. He was at the center of developing a vertical city, Raffles City Chongqing, in China in 2020. Among his many awards is the American Institute of Architects Gold Medal, which recognized his works in solving housing problems.

See also  Celebrities Who Are Even Richer Than You Think

Born has Canadian roots, where he was born on February 28, 1929. According to the Celebrity Net worth, he is valued at $100 million. He went to the University of Southern California to Study Architecture and graduated in 1954. He further went to the Harvard School of Design, but he later dropped out. Most of his designed buildings are now sources of tourist attraction centers, with his house in Santa Monica, CA, being a point of attraction for many.

The Victor Green Associates played a great role in modeling his career, which helped him design his first home, the David Cabin. He started his s firm in 1962 after working with several other firms. He is famous for his extraordinary skills in designing postmodern buildings. His designs pay a lot of attention to the history and culture of the surroundings. Some of his significant roles were in the drawing of Santa Monica Place, New World Center, Walt Disney Concert Hall, and the Guggenheim Museum in Spain.

Authoritative sources seem to agree that Norman Foster is the richest Architect in the world, with a net worth of $240 million. The British Architect was born on June 1, 1935, in Reddish, Stockport, England. He attended the Burnage Grammar School for boys. When he reached 16, he left school and joined the Royal Air Force. Foster would later graduate in 1961 from the Manchester University School of Architecture and went to Yale School of Architecture for his masters in the same field. He started his career in 1963 when he confounded an architectural firm with Richard Rogers, Su Brumwell, and Wendy Cheeseman.

The team was dissolved in 1967, and in the same year, together with Richard, they co founded the Foster Associates of London, which grew into today’s Foster and Partners. Though among the oldest successful architects, he has some achievements in his pocket. Among his notable projects are The Pavilion of the University of Pennsylvania (2021), Millau Viaduct (2004), and Reichstag Dome, the new German parliament (1999). In 1986, he oversaw the completion of the Hong Kong and Shanghai Bank, and in 1990 the Queen, Elizabeth II, noted him.