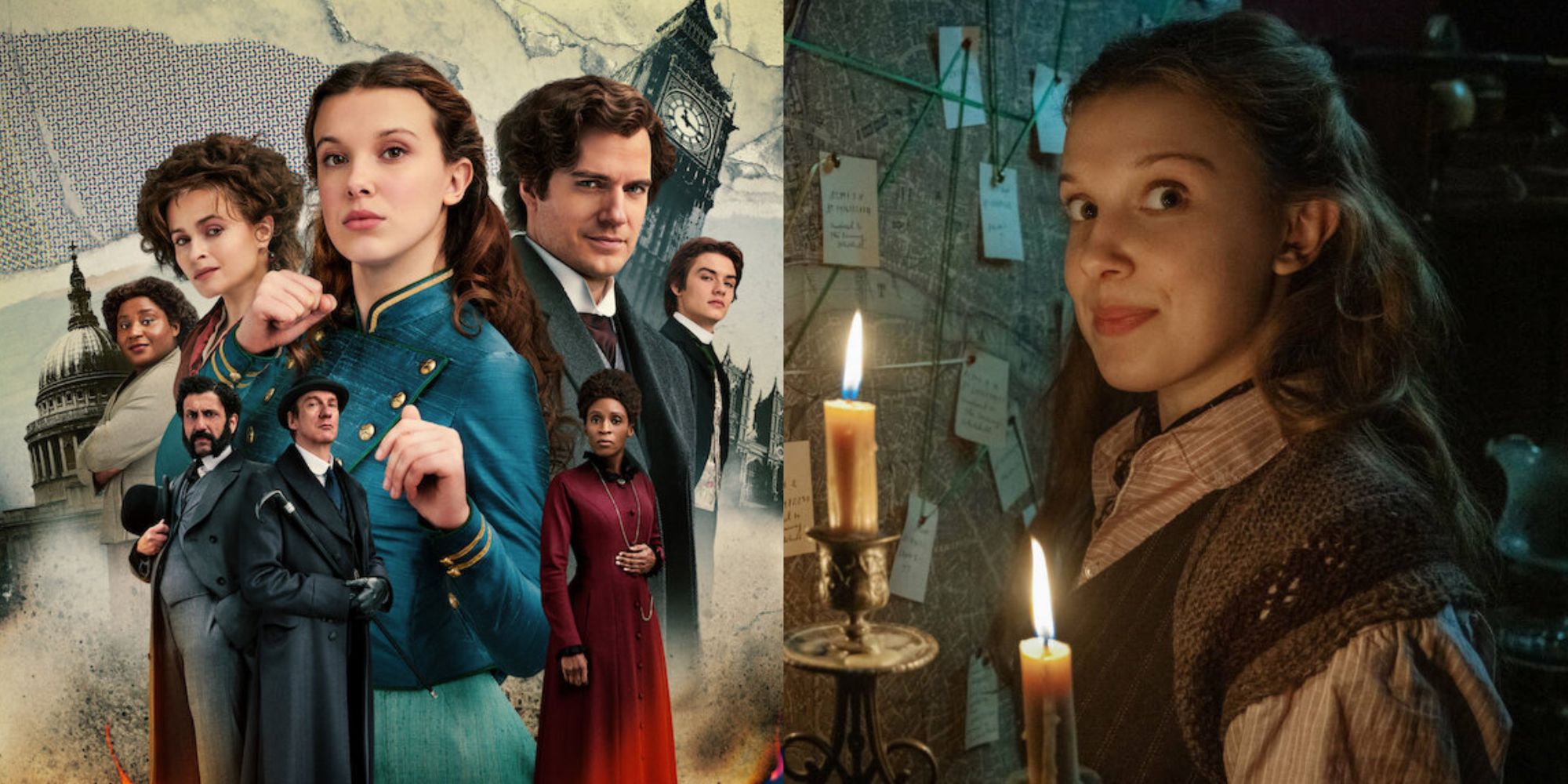 Enola Holmes 2 debuted on Netflix on October 27, bringing another exciting game into the small screen. Millie Bobby Brown and Henry Cavill are back for round two of the blossoming franchise, bringing more of Enola and Sherlock’s charming sibling dynamic and another delicious mystery.

So far, it looks like Netflix has made lightning strike twice. Enola Holmes 2 seems a surefire hit, and fans can’t stop gushing about it, praising the film’s performances, humor, and memorable moments. Social media is the place they go to discuss their favorite pop culture events, and Twitter has become their favorite place to express their delight and reactions.

The Day Is Today

Enola Holmes came out in 2020 and was a surprise hit for Netflix. The film received universal praise for its tone, humor, and Millie Bobby Brown’s performance. Fans have been waiting for the sequel for two years, and now it’s finally here.

Twitter user @elsbestie posted this funny image about Enola Holmes 2 release, expressing their excitement at the wait finally being over. It hasn’t been that long between the first film and the sequel, but their reactions make sense considering the last few years have seemed strangely long.

There’s something unique about getting a behind-the-scenes look into a film, especially a successful one. Indeed, Enola Holmes‘ success has led to a franchise at Netflix, meaning its fanbase is growing stronger and more passionate with each new film.

The sequel’s release sent fans into a frenzy, including Twitter user @thinkermills, who posted a behind-the-scenes photo and video of Brown on set. Enola Holmes 2 is likely to be as or even more successful than its predecessor, so fans can expect more bts looks to come out in the coming days.

The Harry Potter franchise is full of memorable characters played by some of the UK’s best actors. Many performers in the Potter universe have gone on to appear together again in different projects, mainly because they are so famous and in demand that it’s impossible to avoid each other.

Romance wasn’t a big part of Enola Holmes, but there were enough hints at a potential romance between the titular character and the unassuming Lord Tewkesbury. The sequel goes all-in on the romance angle, especially considering it features an older, more confident Enola.

Fans of the Enola-Tewkesbury romance are celebrating their ship, and Twitter is flooded with tweets about their scenes together. User @fictionsftw opts for the classic “get yourself a man” template to celebrate the relationship, and fellow Enola-Tewkesbury shippers rallied behind her.

Millie Bobby Brown has quickly become one of the most in-demand young actors in the business. As one of the original Netflix breakout stars, Brown is synonymous with the streamer. Unsurprisingly, she is the heart and soul of Enola Holmes 2, and many fans agree.

Amidst a sea of memes and jokes, Twitter user @gleeshortcake chose to post a straightforward review of the film. They praised the film’s plot, the women’s empowerment angle, and Brown’s performance, calling it “great & satisfying.” It’s always appreciated when fans give their opinion about any film, and this one is no exception.

Henry Cavill has a career full of memorable films. He’s played some truly iconic characters, including Superman and Geralt of Rivia. The Enola Holmes series sees him taking over yet another timeless character, Sherlock Holmes, and fans are calling him a highlight of Enola Holmes 2.

Twitter user @Geraltsgirl is calling for a solo Sherlock movie starring Cavill, and the idea isn’t ridiculous. Cavill is one of the hottest actors right now, although his return to Superman and upcoming films, including projects with Guy Ritchie and Chad Stahelski, might make it hard for him to take on another project.

You Know The Part, Right?

Enola Holmes 2 is full of exciting and memorable moments. Fans are loving all of them, although one, in particular, is making the rounds all over Twitter. Spoilers are terrible, but suffice it to say it’s a scene that will melt everyone’s hearts.

To avoid ruining the experience for everyone, Twitter user @mlvnqueeflersgc posted an ambiguous yet hilarious image referencing “THAT ONE PART” in the film. Those who have already seen it will know exactly what the user means, and those who haven’t will know as soon as the scene starts.

The Enola Holmes series lives and dies with its titular character. The clever but inexperienced Enola is a breath of fresh air in a genre often populated with savants always one step ahead of everyone else. Brown does beautiful work with the part, crafting a modern heroine everyone can relate to, root for, and support.

RELATED: 10 Most Wholesome Cottagecore Movies To Watch On Netflix

Twitter user @hawkesryderdie posted a series of images of Enola letting her inexperience shine by revealing too much about everything. Considering she’s still a teenager, it makes sense for Enola to make minor mistakes. However, she’s still sharp and resourceful, making her an incredible character and explaining why her film series is so successful.

Millie Bobby Brown is one of Hollywood’s most promising performers. Already a two-time Emmy nominee thanks to Stranger Things, Brown established herself as a leading lady with the Enola Holmes series.

Fans can’t stop praising her charming and energetic work in Enola Holmes 2. Twitter user @hencIairs declares Brown “has outdone herself,” and everyone seems to agree. It’s great that Brown is finding success outside of Stranger Things because she has enough talent to sustain a long and fruitful career. Enola Holmesis just the beginning for her.

To the surprise of no one, Enola Holmes 2 received critical acclaim, currently sitting at an excellent 91% on Rotten Tomatoes. The series is quickly becoming one of Netflix’s strongest IPs, and a third film is a very real possibility.

Fans of the film agree that it is among the best Netflix projects of the year, and some aren’t shy to declare their love for it. User @011scenes called it “a masterpiece,” a statement many viewers will agree with based on the Twitter discourse. And while the film might not be an Oscar contender, it’s a charming and satisfying adventure that will leave viewers longing for more.

NEXT: The 10 Best Netflix Original Movies According To Letterboxd

Miley Cyrus’ Dating History, From Her First Kiss to Her First Marriage and New...