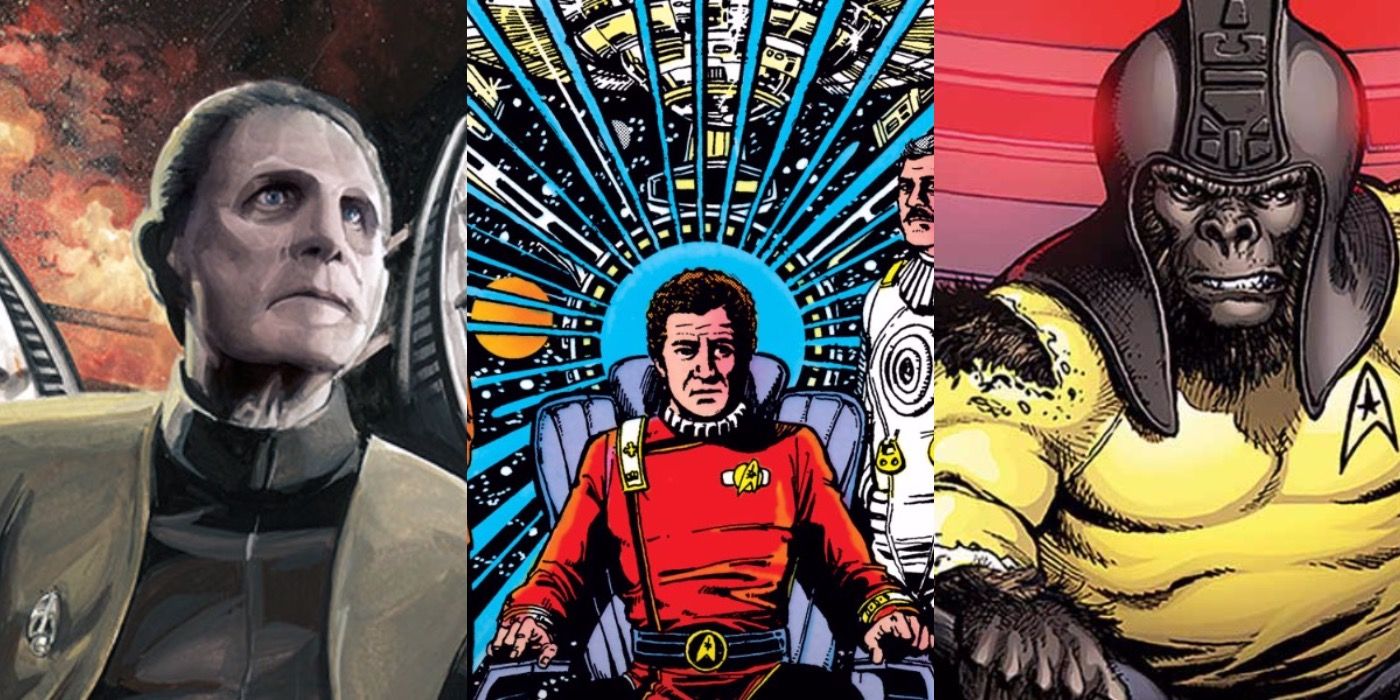 Though mostly known as a TV and film franchise, Star Trek is also an extremely popular property in the world of books and comics. With a universe of possibilities to explore, it was only natural that the adventures of Star Trek would make their way to the pages of the comic book medium.

RELATED: The 10 Best Star Trek Movies, According To Reddit

Whether it was miniseries from IDW publishing, or lengthy ongoing series from DC comics, Star Trek has been a constant presence in the world of comics for decades. Because there are so many possible stories to tell, Trek will continue to be a go-to comic franchise for years to come.

Ever since publisher IDW took over the Star Trek license, they have used it as an opportunity to tell a plethora of interesting one-off stories. Too Long a Sacrifice is set during the darkest days of Deep Space Nine’s Dominion War, and focuses on Odo as he investigates a series of terrorist attacks on the station.

Odo was always one of DS9’s best characters each season, and the book allows him to shine in comic form as well. Told more like a noir story than an episode of Trek, the book is both dark and fascinating. Helped along by its uniquely cinematic art style, the story is rich and complicated, and there is never a dull moment during the four issue run.

When the show was canceled at the end of the 1960s, fans of Star Trek were left with little of their favorite franchise to enjoy. To fill that void, publisher Gold Key Comics produced a monthly Trek series that presented the further adventures of The Original Series.

Though canonically ignored today, the Gold Key stories are recognizably Star Trek, and feel like lost episodes of the show. Not afraid to take the stories in strange, distinctly comic book directions, the series was a unique interpretation of the series and even introduced new characters.

The Myriad Universe that was developed for the Star Trek novels was perfect fodder for the comics and IDW jumped on the idea quickly. The Last Generation is a alternate timeline miniseries that explores what would have happened if James Kirk had failed to stop the assassination attempt during the events of Star Trek VI: The Undiscovered Country.

Set during the same time as the early seasons of The Next Generation, the story sees a version of earth that has been conquered by the Klingon Empire. Though the story is darker and less optimistic than the typical Trek fare, it is still a fascinating glimpse into what could have been.

The world of comics allows writers to explore strange and unusual crossovers that would otherwise not be possible in film and TV. Primate Directive sees the crew of the Enterprise enter another universe where the events of The Planet of the Apes films take place. Following a ship full of Klingons onto the planet, the Enterprise bunch must find a way to deal with the Klingons without violating the prime directive.

RELATED: Every Planet Of The Apes Movie (Ranked By Metacritic)

Despite its wacky premise, the story is tightly written and is quite faithful to the lore of both franchises. The simplicity of the setup allows the strange storyline to feel like an extended episode of the TV series and it never goes too far with its concept.

Each of the Star Trek television series have their own unique flavor, and a story that combined them all was an interesting proposition. The Q Conflict sees captains Kirk, Picard, Sisko, and Janeway together in a rigged competition that was arranged by the omnipotent being known as Q.

Seeing the characters combine their specific strengths together was a dream come true for Trek fans, and seeing it in service of a Q story was even better. The book, though complex, stays true to its source material and writes its characters accurately to the way they were portrayed in their respective shows.

Though there is a wealth of Star Trek media, there are still many characters who’s backstories haven’t been fleshed out. Star Trek: Crew follows the early career of the character Number One who served as first officer on the Enterprise under Captain Pike.

Only seen in the episode “The Cage”, Number One saw a much larger role in the expanded universe and appeared in comics and books frequently. Crew explores her career and the steps she took to get herself into the vaunted position that she eventually earned. Told like an anthology, each issue of the miniseries focuses on a different part of her career.

Though the mirror universe episodes are often the best episodes of Star Trek, TNG never took the time to explore it during its seven seasons. Mirror Broken catches the reader up to speed on the mirror universe and shows what each of the members of the TNG crew is doing in the alternate universe.

One of the strengths of the miniseries is its ability to impart a lot of information in a digestible and fun-to-read manner. The mirror universe is just as complicated as the normal timeline, and it was therefore necessary to catch the reader up quickly. Though the story isn’t as fleshed out as other miniseries, it is still a fascinating glimpse into the mirror universe.

After its untimely cancelation after three seasons, many fans of Star Trek were left to speculate as to what happened in the other years of the crew’s five year mission. Year Four attempts to fill in those gaps by presenting stories set during the fourth year of the journey.

Essentially acting as a fourth season of TOS, Year Four reads like many of the best episodes of The Original Series and is very much in the same spirit as the show. The anthology style of the stories makes them infinitely re-readable, and there is something for every type of Trek aficionado.

When DC comics took over the Star Trek license in the 1980s, they didn’t hesitate to capitalize on a world of opportunities. Set over two volumes, Star Trek is perhaps the most comprehensive ongoing Trek comic of all time. Telling stories set during the TOS era as well as between the films, each issue further explored the universe of Trek.

The scope of the series is impressive and it is still the longest running Trek comic of all time. On top of that, it also presented old characters in new stories, as well as fleshed out the backstories of the Enterprise’s main crew.

While many stories were told during the Enterprise’s five year mission, none had attempted to establish what happened on her last voyage. Mission’s End sees the Enterprise brokering negotiations that would allow the planet Archernar IV to join the Federation.

The beauty of the story is how it cleverly establishes where Kirk, Spock, and McCoy end up and why they are where they are at the beginning of Star Trek The Motion Picture. Though books like Year Five told stories within the last year of their journey, only Mission’s End attempted to wrap things up neatly.

NEXT: The 20 Best Star Trek: The Next Generation Episodes Of All Time


Dalton is a freelance writer and novelist from Orlando Florida. He currently lives in Los Angeles and pursues writing full time. He is an avid reader and film buff.

Fox News pundit says she was hounded out of a Brooklyn...

Ruben Randall - July 9, 2022 0
Celebrity
A Fox News pundit claims she was hounded out of a Brooklyn bar by an angry patron because of where she works.Kat Timpf,...