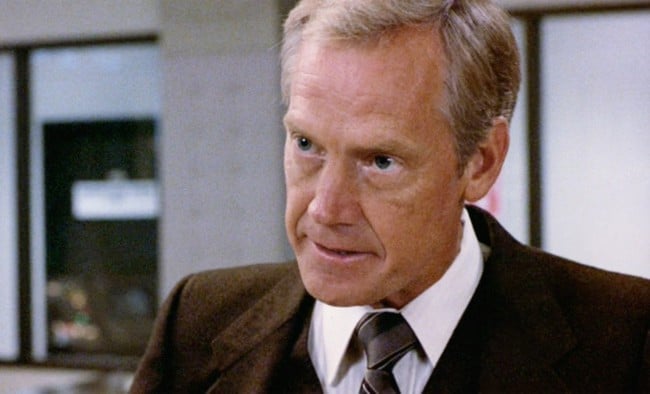 Ronny Cox is very easy to remember by face if not by name since he’s played some of the more memorable characters in show business that have made an impact on the movies they’re in thanks to the stories that he’s been a part of in the past. He’s been seen as a stern but fair good guy and a horrible and out of control villain in his time and he’s done well at both roles since he tends to put a lot of himself into each role. While Ronny definitely isn’t an action star he’s still pretty good at taking his place in various movies that have required him to take on a bigger part. He’s also been a musician and a storyteller throughout his career, which is impressive to say since it gives him a lot more depth and shows that he’s a much more versatile character than a lot of people might have realized at some point. It’s easy to think that a lot of people haven’t heard him sing or play in their own time but the fact is that he has several tracks out there that might be worth giving a listen to just to say that you’ve done it and can recognize why he stuck with it for a while. In terms of his acting though, Ronny has been the guy that you either hate or love since he does have that look that’s neutral enough to make it feel as though he could go either way with his overall attitude.

His role in Deliverance as Drew Ballinger came because he could play the guitar and was able to be a part of that dueling banjo tune that still creeps people out to this day. Don’t deny it, that tune is insanely creepy when heard in the backwoods, and Deliverance is one of the main reasons. Thankfully there isn’t really anything to fear when going camping in the wilderness, at least not in that way hopefully, but the movie didn’t do a lot of favors for those that love to camp out. Drew wasn’t exactly a strong character, but this was Ronny’s first appearance in movies so it’s easy to think that he needed some leeway since the movie did end up becoming famous after a while and it’s still something that people talk about. Plus, it did help him to get comfortable with the whole idea of really getting into the acting world, as he would end up spending the next several decades in the business since he’s currently listed as an active participant and there’s nothing to say that he won’t keep going for a while to come.

Remember that I said that people either love him or hate him on screen? Well, there’s a reason, and his time in Robocop and Total Recall prove it since he can play one of the most irritating bad guys that that people have ever seen since in Robocop he plays Dick Jones, the head of OCP, which is responsible for Alex Murphy becoming Robocop and eventually tries to kill him using a bunch of hired thugs that nearly killed him before. Jones is the kind of guy that would likely sell out his own family members if there was a profit to be made, but he does meet his end in a pretty fitting way since once the directive that keeps Robocop from harming him is negated, Jones is fired upon and killed, ending his threat. Vilos Cohaagen, the villainous boss he plays in Total Recall, is just as ruthless, but instead of being gunned down, he’s shot out into Mars’ atmosphere where his eyes eventually bulge out of his skull and he suffocates, which ends up being a pretty gruesome death. But throughout the movie, it’s proven that he’s another bad guy that no one should be too sorry to see go since he’s absolutely ruthless and tends to see his subordinates as tools that he can utilize when he feels the need.

A very big contrast is seen when he played Chief Bogamil from Beverly Hills Cop since he was pretty strict, to say the least, but he was fair and he was all for justice when it was needed, meaning he backed up Foley when it was evident that there was reason to do so. He was a good guy in other words that knew when to act and when to remain cautious, which was a nice switch really. Over the course of his career, Ronny has been able to entertain a lot of people and has done a great job in the process. While some people might remember his more negative roles it’s fun to recall that he’s definitely good enough to tweak a person’s emotions, and that’s what any good actor should be trying to do.

Get-rich-quick schemes drained my town’s wealth. At a Christian conference, their legacy lives on...