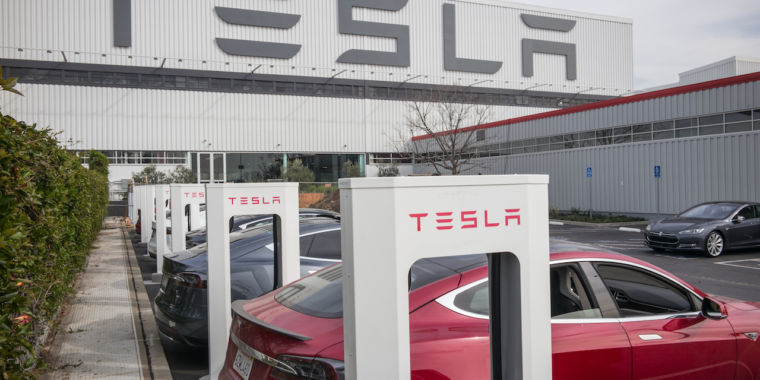 Tesla owes Owen Diaz $137 Million after a jury determined that Diaz, a former Black worker, was subject to racial abuses that were not adequately addressed by the electric vehicle company.

Diaz, an elevator operator at the company’s Fremont factory for nine months from 2015 to 2016, had been called racial epithets by coworkers, was told to “go back to Africa,”Observed racist graffiti in the bathrooms. The trial lasted just over a week and the jury found that Tesla did not take reasonable steps to prevent racial harassment.

“It shines a light on what’s going on inside of Tesla’s factory,” Diaz told The Wall Street Journal. “Elon Musk, you’ve been put on notice. Clean that factory up.”

The automaker’s defense hinged on the fact that many of the approximately 10,000 workers at its Fremont plant are contractors hired through external staffing agencies. The company lawyers claimed that there was not enough evidence to prove that Tesla employees were responsible for the graffiti and racial slurs.

The federal jury didn’t buy the argument, though. Diaz and his attorneys had brought three claims against Tesla—that the company subjected him to a racially hostile workplace, that it failed to provide a workplace free from harassment, and that it was negligent in its supervision of employees—and the jury found in favor of the plaintiff on all claims. It ordered Tesla pay Diaz $6.9m in compensatory damages, $130 million in punitive damage, amounts that were far greater than what his attorneys requested.

After approximately four hours of deliberation, the eight jurors reached their decision.

Tesla’s reliance on contractors was part of what allowed the lawsuit to proceed in the first place. Because Diaz had been employed by a staffing agency, he never had to sign the company’s arbitration agreement. That freed him to sue the company in court—apparently the first time a worker lawsuit against Tesla has gone to trial.

Melvin Berry and other workers were also forced into arbitration. In Berry’s case, an arbitrator found that Tesla had failed to stop racial discrimination at its Fremont factory, where supervisors had called him racial slurs. Yet partly because Berry’s case went to arbitration, the judgment was far less—just $1 million.

In a blog post published on Tesla’s website last night, Vice President of People Valerie Capers Workman said that the company had turned a new leaf. “The Tesla of 2015 and 2016 (when Mr. Diaz worked in the Fremont factory) is not the same as the Tesla of today,”She wrote. “We acknowledge that we still have work to do to ensure that every employee feels that they can bring their whole self to work at Tesla.”

Tesla has not indicated whether it plans on appealing the verdict. The plaintiffs in California state court are seeking class certification. Another similar lawsuit is being filed against the company. Marcus Vaughn, along with others, allege that Tesla created an hostile work environment for Black workers.

The 23 Most Iconic Summer Foods Ranked

Ruben Randall - June 4, 2022 0
Money
Andre Romelle Young who is known by his stage name Dr. Dre is an American rapper, producer as well as a businessman with an...

Antonio Brown net worth: What is the fortune and salary of...