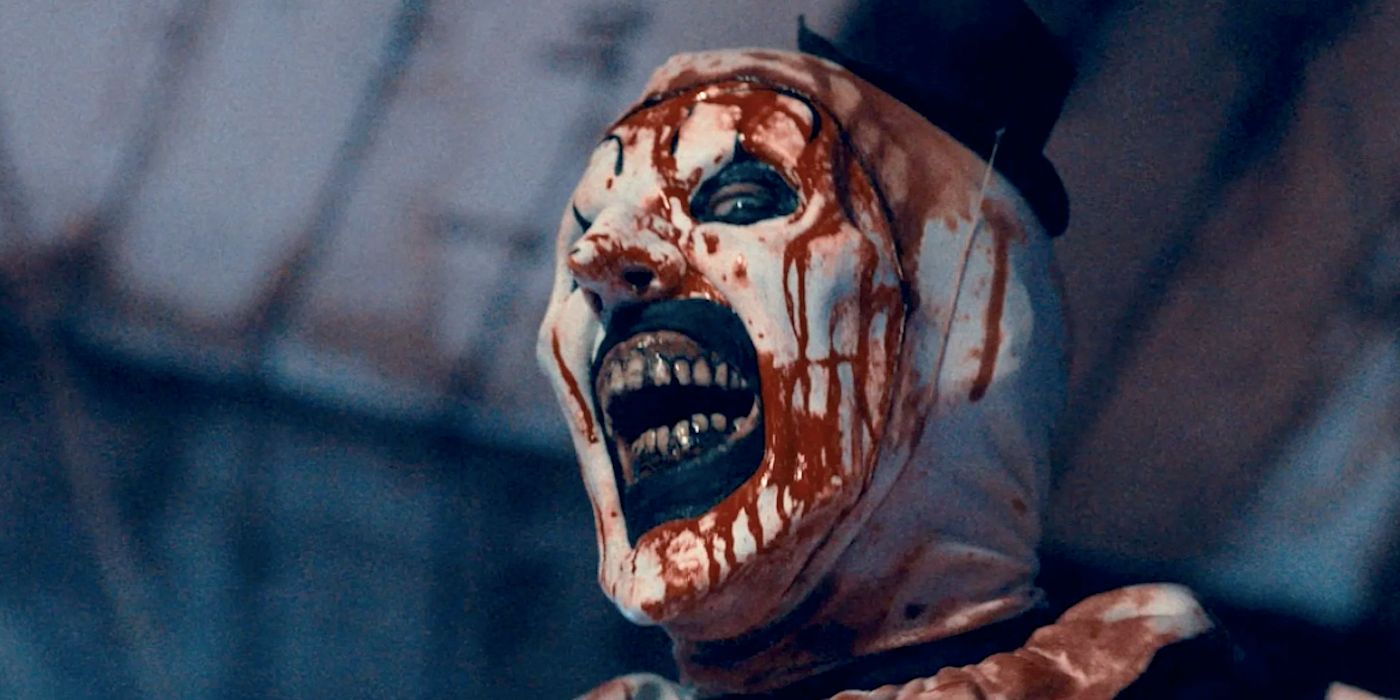 Terrifier 2 writer-director Damien Leone has revealed that the film was written with the intention of being followed up with a potential Terrifier 3. The original 2016 film Terrifier was far from the first film to feature the homicidal Art the Clown (David Howard Thornton), who was originally introduced in shorts directed by Leone as well as the feature-length anthology All Hallows’ Eve from 2013, which incorporated material from those short films. Terrifier, which boasted a $100,000 budget and followed Art as he went on a murderous rampage through a small town on Halloween night, had a limited theatrical release and received mixed reviews.

However, that didn’t prevent Leone from bringing Art back to the big screen in Terrifier 2, which boasts a beefier but still extremely slim budget of $250,000. This gamble paid off, and the film – which is over 2 hours long – has paid dividends, as Terrifier 2 has garnered positive reviews and made $6.3 million in the box office at the time of writing. The sequel follows a resurrected Art the Clown, who commits gruesome murders around town while stalking teenager Sienna Shaw (Lauren LaVera) and her little brother Jonathan (Elliott Fullam), who wants to dress as Art for Halloween.

Variety recently sat down with Leone to discuss the tremendous success of Terrifier 2. During the conversation, they discussed the potential for Terrifier 3. While the director said he wouldn’t want to run the franchise into the ground, he wrote the film with the intention of there being a sequel – potentially two sequels. He revealed that “there are so many questions brought up in Part 2 that are not answered, and that was part of the design because I know I’m going into a Part 3.” Read his full quote below:

I had a Part 3 in mind when writing Part 2. There are so many questions brought up in Part 2 that are not answered, and that was part of the design because I know I’m going into a Part 3. I pretty much have the entire treatment ready for Part 3, but it’s getting so big that it could potentially split into a Part 4 because I wouldn’t want to make another 2 hour 20 minute movie. So we’ll see.

My fear is that eventually the well is gonna run dry, we’re gonna wind up jumping the shark, there will be nothing left to say with this character. It happens with a lot of franchises that I’m still a huge fan of. I’ve watched all these Part 10s and Part 13s, but sometimes that could really ruin the entire franchise. For them to peter out or not have this satisfying arc or the movie goes in another direction, that could be devastating to your overall franchise. I want to try and avoid that.

Considering the reactions to Terrifier 2, it is highly probable that the film will earn a sequel sooner than later, making good on Leone’s promise. Not only has it drawn in a massive return on investment, it is the first horror film in quite some time to receive a reputation for audience members becoming physically sick during screenings. While this might not seem like a huge draw for some people, this is the same kind of reporting that helped make the original The Exorcist such a huge success back in 1973.

Really, the idea of a sequel for Terrifier 2 is more of a question of when rather than if. There is also the question of what budget level fans might be able to expect. Given its box office success, producers may see fit to bump up the budget potentially as high as $1 million, even investing more in publicity now that the Terrifier film franchise has gained something of a reputation for no-holds-barred horror.

Next: Will Terrifier 2 Be Bigger Than The Original Movie?

5 Movies That Warned Us Not to Mess With AI