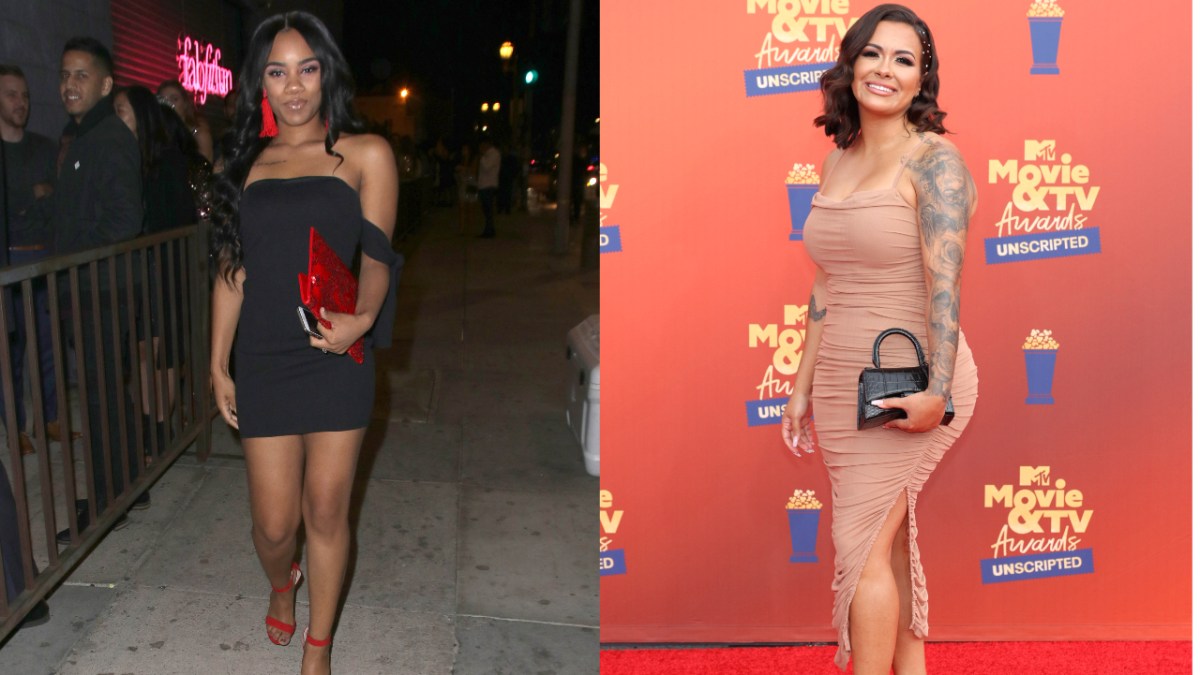 Teen Mom stars Ashley Jones, Briana DeJesus, and their moms reportedly got into a physical fight while filming MTV’s Teen Mom: Family Reunion Season 2, resulting in their removals. Jones and DeJesus have since confirmed the altercation and gave their versions of events.

Ashley Jones, Briana DeJesus, and their moms got into a fight during ‘Teen Mom: Family Reunion’

According to The Ashley’s Reality Roundup, Ashley Jones, Briana DeJesus, and their moms got into a physical altercation while filming the second season of MTV spinoff, Teen Mom: Family Reunion, resulting in their immediate removal.

The publication reports that DeJesus’s mother, Roxanne, commented on the grandmothers sticking together, which got under the skin of Tasheilia Chapple or Pastor Tea, Ashley Jones’s mother.

Apparently, the two have had issues with one another because Roxanne doesn’t appreciate the comments Chapple has made about her daughter Briana on social media. Therefore, it became a verbal argument that eventually calmed down after security intervened.

However, the moms got into it again that night when Roxanne allegedly bumped into Chapple and refused to apologize, resulting in their daughters fighting as well. The altercation turned physical as Jones reportedly spit on DeJesus, and fists and other items were thrown. Therefore, all four were removed from the reality show.

Jones confirmed the news by jumping into an Instagram comment section where she claimed the original reporting had “false statements.” Additionally, she insisted she and her mother didn’t start the fight.

DeJesus responded to Jones and also confirmed the altercation happened by threatening legal action against her co-star. In the Instagram story post, she said her mother brought up an issue she had with Chapple, who responded by wanting to fight instead of taking “full accountability.”

Additionally, the Orlando native says other cast members will corroborate her story. According to DeJesus, her co-star spit on her during the altercation, which she believes is due to her comments about wanting to do the same to rival Kailyn Lowry following the dismissed defamation lawsuit.

Jones then posted with her side of the story, insisting Roxanne told her mom to “shut up” after bringing up the issue. The Young and Pregnant alum says Chapple stood up for herself and Roxanne responded by picking up a chair, threatening to throw it. Jones confirmed that Roxanne bumped into her mom in the kitchen and refused to acknowledge it, starting another fight. When DeJesus tried to address her mom, Jones said she felt the need to step in.

Jones maintains that the DeJesus’ instigated the fight

The California native also confirmed her second pregnancy, which her co-star hinted at in her post. DeJesus reacted to Jones’s response by claiming the Young and Pregnant star wanted “validation” from fans going into detail.

She also called out her co-star for fighting while knowingly pregnant. Jones later went live on Instagram with her sister Christiana “Chris” Toliver and blamed Roxanne for instigating the altercation. She claimed her co-star’s mother called her mom out but then cut her off and later purposely bumped into her in the kitchen “on some bully s—.”

According to Jones, Roxanne refused to say “excuse me,” starting another fight. When DeJesus came for Chapple, the Young and Pregnant alum got involved, considering it a “problem.” The California native claims she challenged DeJesus to a fight, who responded by getting on a table and welcoming it. Jones accused the two of throwing glass and metal water bottles at them.

While DeJesus said she didn’t know about Jones’s pregnancy until after the altercation, Jones denied it. In fact, she thinks DeJesus and her mother were “banking” on her not doing anything because she’s pregnant. Teen Mom: The Next Chapter premieres September 6 on MTV.

Ruben Randall - June 9, 2022 0
Actor
Was it kismet, or does Arnold Schwarzenegger deserve every bit of credit for carving out such an incredible life for himself? Well, one...

Digital cover story: Inside the 2022 BRITs ceremony with showrunner Tom...