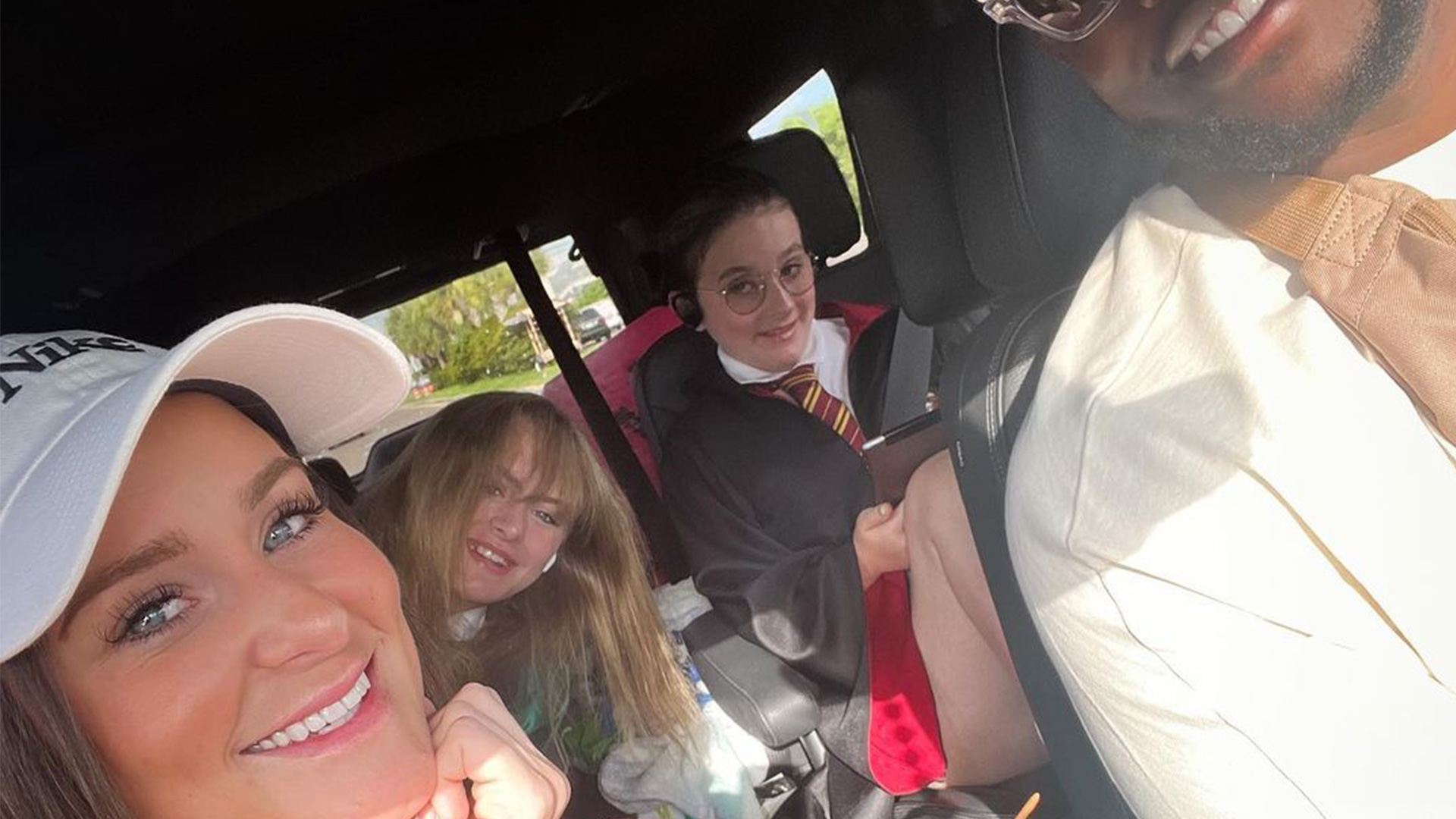 They gushed about how she looked “amazing” and “happy” flaunting her curves and rarely seen kids with her boyfriend Jaylan Mobley in Florida. 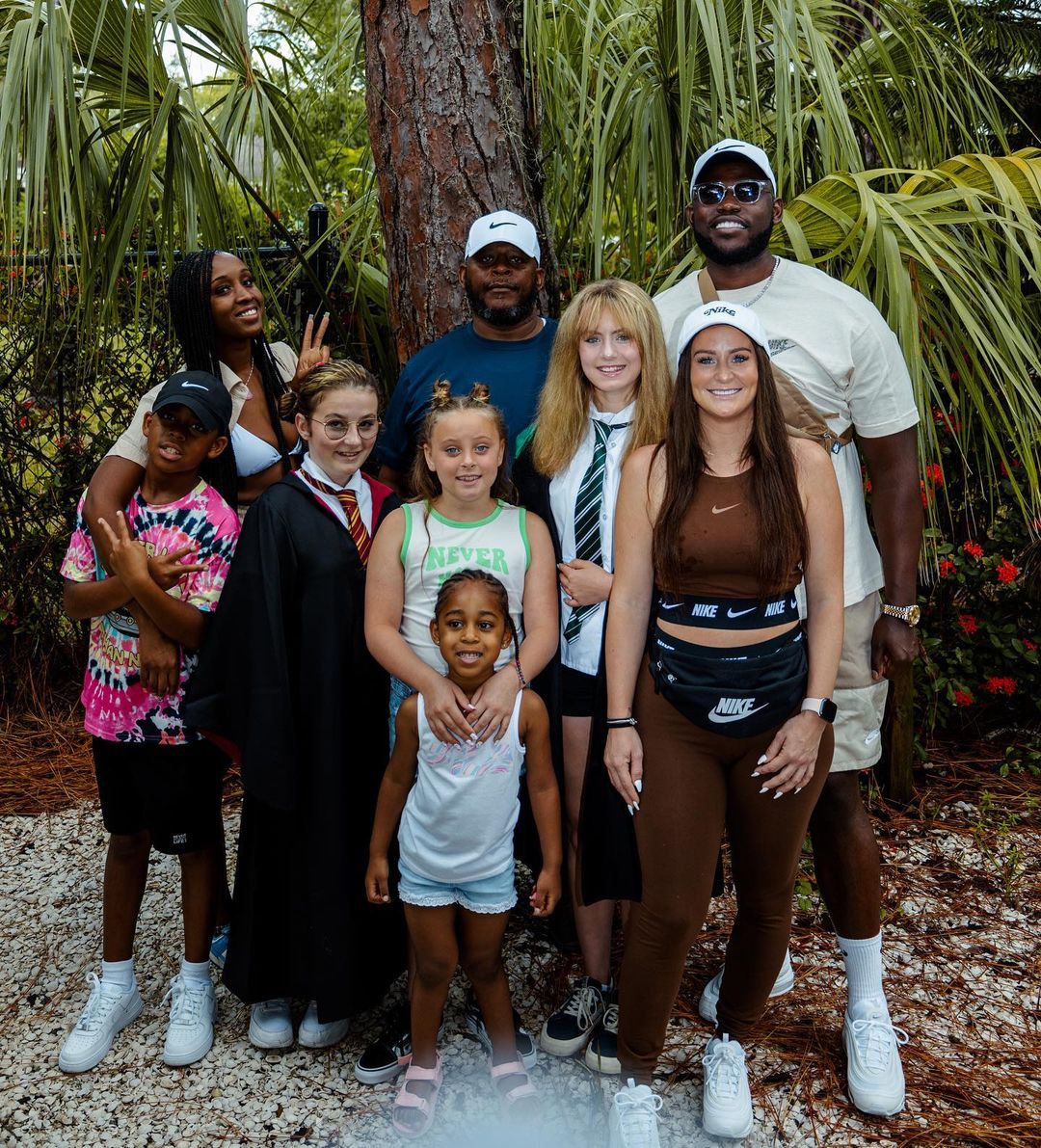 The group snaps with boyfriend Jaylan Mobley, their blended family and some Nike gear were ‘gorgeous’ and ‘exuded happiness’Credit: INSTAGRAM/leahmesser 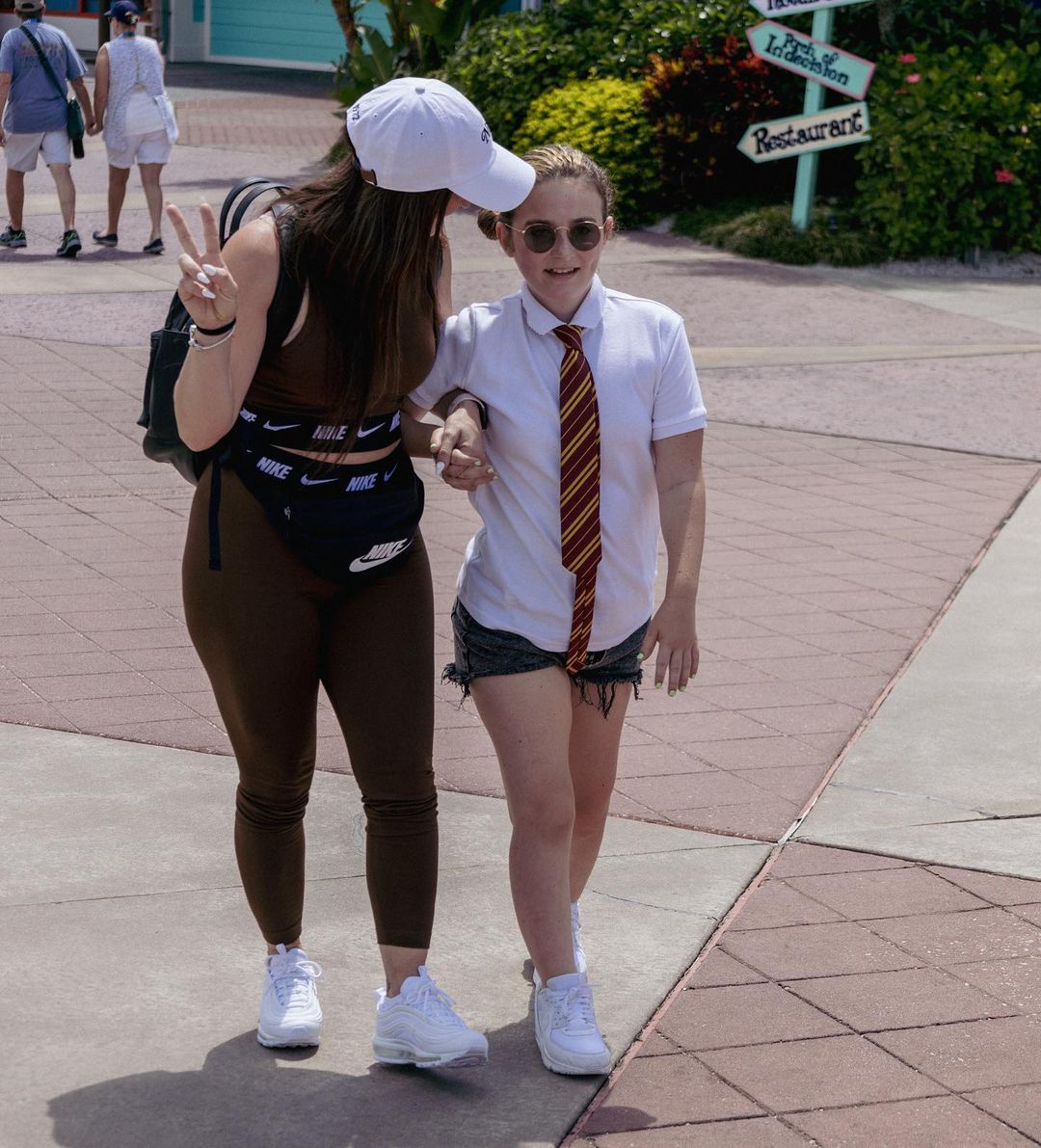 She took to Harry Potter world with her daughters as she starts a new chapterCredit: INSTAGRAM/leahmesser

Leah, 30, her boyfriend Jaylan, and a brew of family and friends appeared to hit Florida’s Harry Potter world in new photos.

The first showed Leah, her new love, her kids, and some of his other family members all posing by palm trees – indeed in Hogwarts Haute couture.

Her daughters wore on-theme outfits while Leah flaunted her figure in Nike. 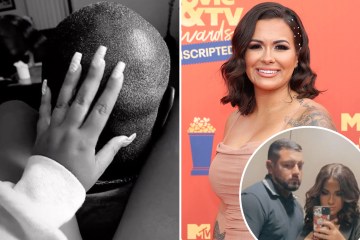 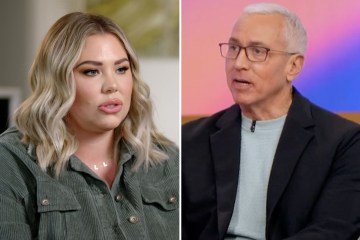 In another snap, Leah and Jaylan looked happy in a car.

Leah is mom to twin girls Aleeah and Aliannah, 12, with ex Corey Simms, and 9-year-old daughter Adalynn with Jeremy Calvert.

In another sweet snap, Ali – who has muscular dystrophy was guided to the Hogwarts express.

Aleeah donned a Hogwarts top with shorts, looking so cute, grown up and committed to the costumes.

“It’s so much nicer to see her non-staged/curated pictures,” one fan gushed on Reddit.

“Her kids are beautiful and damn does she look the best she ever has!” wrote another.

“Looks like Leah gets along just fine with his family. Could you imagine her doing a podcast to congratulate herself for meeting his family, like Kail?” wrote another keeping their feelings on former co-star Kailyn Lowry no Chamber of Secrets.

“Leah looks great and healthy, compared to what she looked like in the past. She seems happy so, good for her,” wrote another. 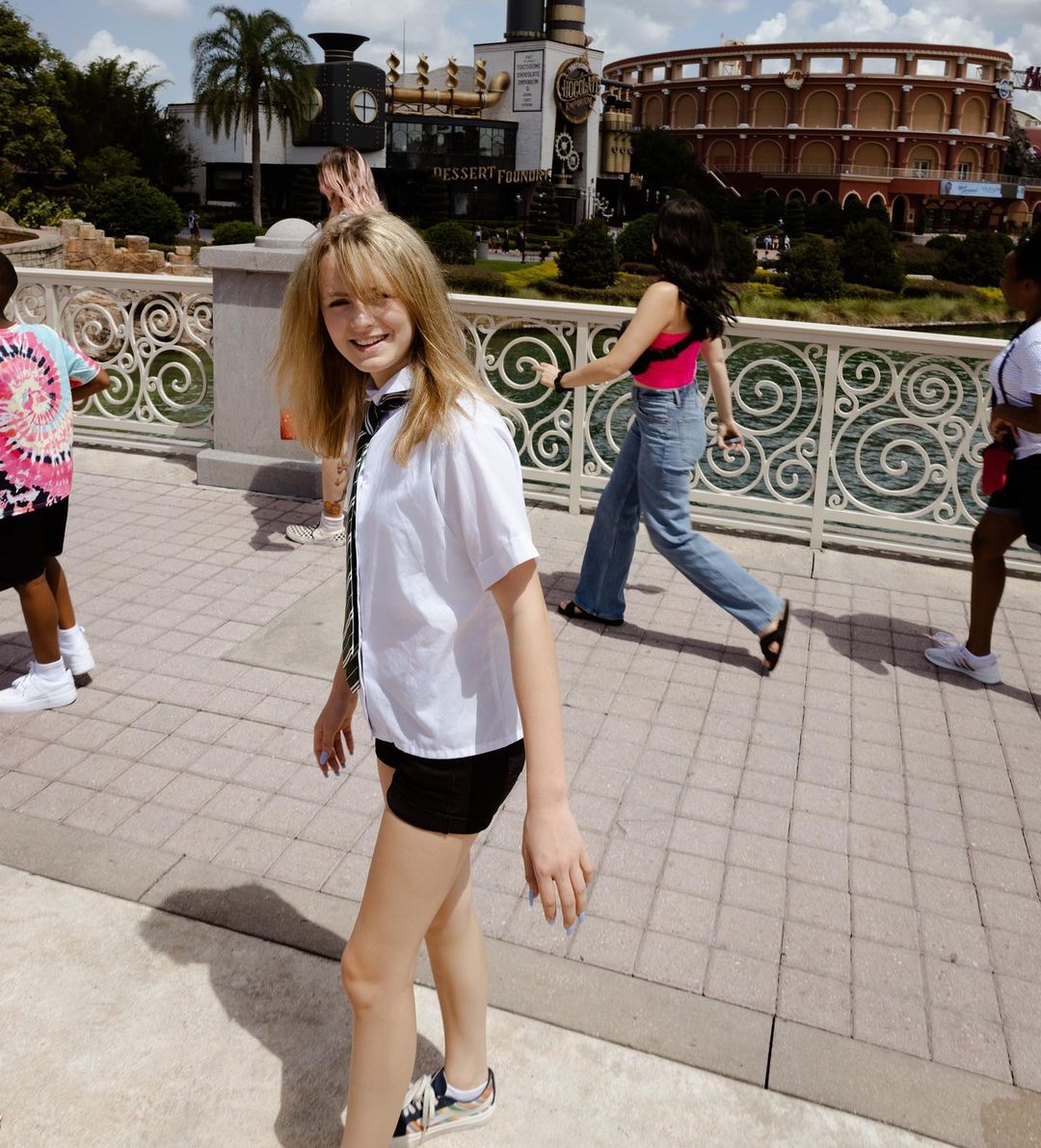 Leah’s girls were adorable in her snaps, Aleeah Grace, 12, is a SlytherinCredit: INSTAGRAM/leahmesser 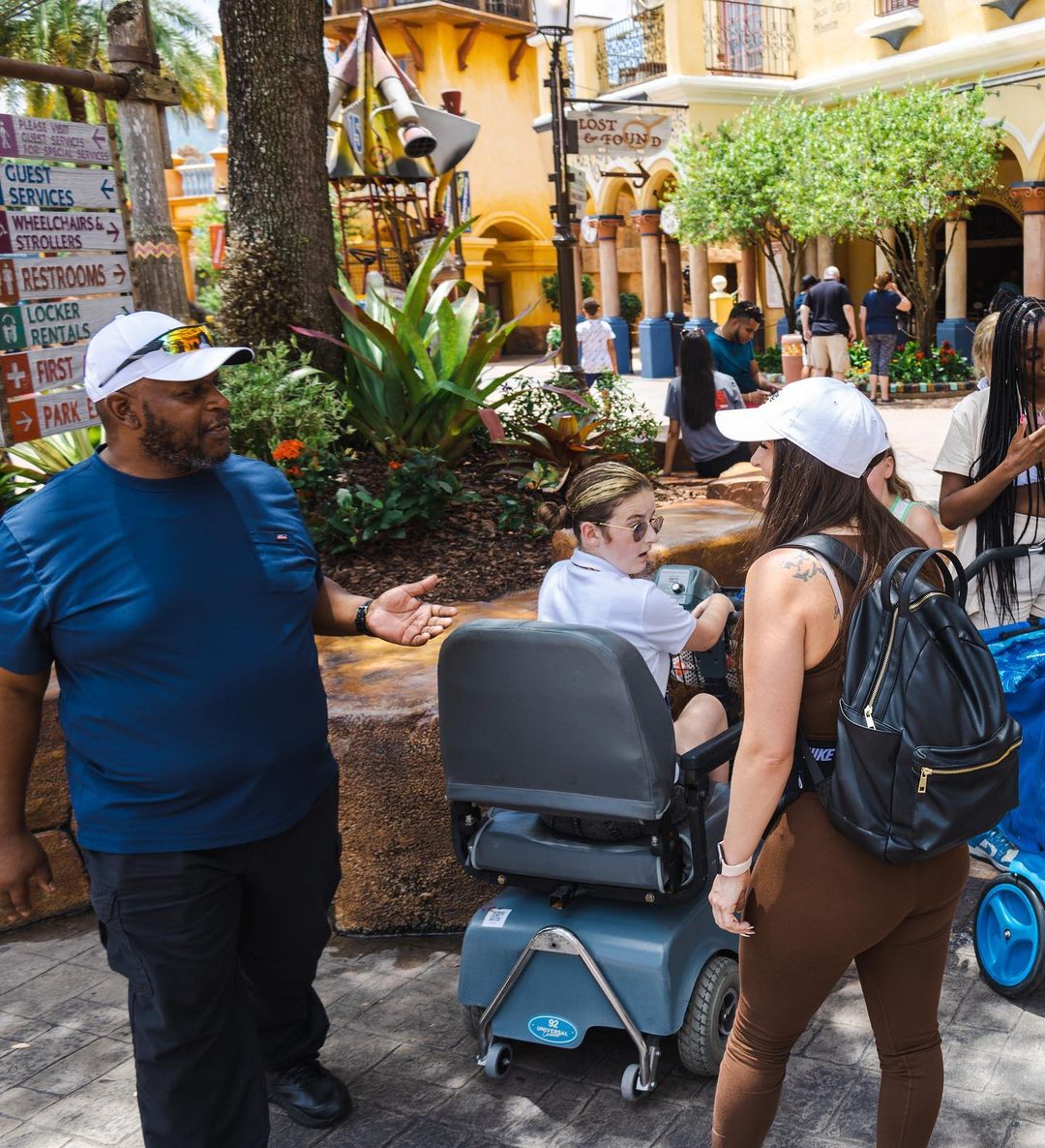 Ali, 12, another of Leah’s daughters, got to enjoy the Harry Potter experience via scooterCredit: INSTAGRAM/leahmesser

“Slight side note but it makes me so happy they’re letting Ali use the mobility scooter but also how well Ali can walk compared to what Leah and Corey feared when she was a baby” wrote another.

It read: “Leah lookin thicker den a milkshake. Without needing a BBL ahem”

Others could not believe how much Aleeah Grace or “Gracie” looked like her mom and fans even mixed them up.

During a March interview with Page Six, the mother-of-three said that she and her Season 11 man “talk about what we want out of the future” together all the time.

“Of course, Jaylan’s never been married,” she teased. “He wants that experience and I would never take that away from him.”

She did, however, say they have no plans to have children.

“I just want to love him and get to know him even more before we add any more kids to the picture,” Leah said.

Jaylan, 25, already considers himself a father figure to Leah’s three children as he called himself a “bonus dad” in a special Father’s Day post.

This as fans continue to speculate that she is pregnant with the military man’s child.

They pointed to a recent interview the reality star did to celebrate her 30th birthday.

After Jaylan asked the Teen Mom 2 star her thoughts on now being 30, Leah sighed and rubbed her stomach saying, “How does it feel…?” as she reflected on the question.

Jaylan then said he believes 2022 is going to be her best year yet, as the reality star once again stroked her stomach and replied, “I feel it. I feel it.”

Fans were quick to react as one wrote “The way she touched her stomach when he said this is going to be the best year yet.”

Another fan wrote under the post, “The ‘I feel it’ with her hand on her stomach…”

Back in April, some even claimed they spotted a “baby bump” in the star’s photos with Jaylan.

In the snaps, taken in New York City for Leah’s birthday, the mom of three wore body-hugging, long-sleeved burgundy mini dress, and strappy gold high-heels – but she hasn’t announced anything.

At the start of May, Leah, who met Jaylan on-screen on her TV show about being a young mother, moved into a new massive West Virginia home with her boyfriend and her kids.

The Kanawha County Clerk’s Office exclusively confirmed to The Sun that Jaylan bought the house for Leah on March 31 – only his name is on the deed.

According to The Ashley Reality Roundup, Jaylan’s new 6,000-square foot home he’s sharing with Leah cost him just under $499,900. 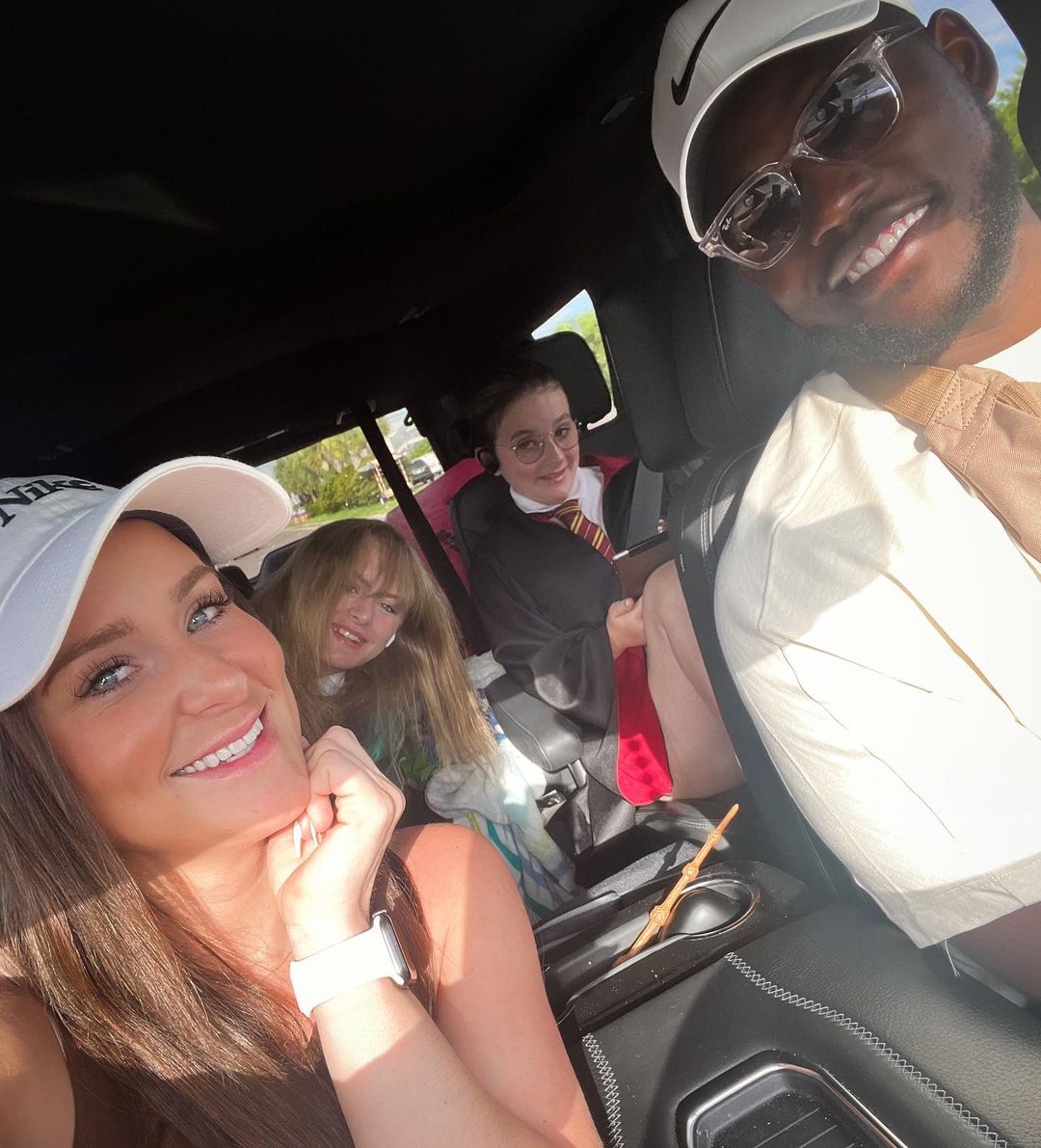 Leah posed in a car with 2 of her kids and her Season 11 man Jaylan Mobley, so many sunny snaps to enjoyCredit: INSTAGRAM/leahmesser 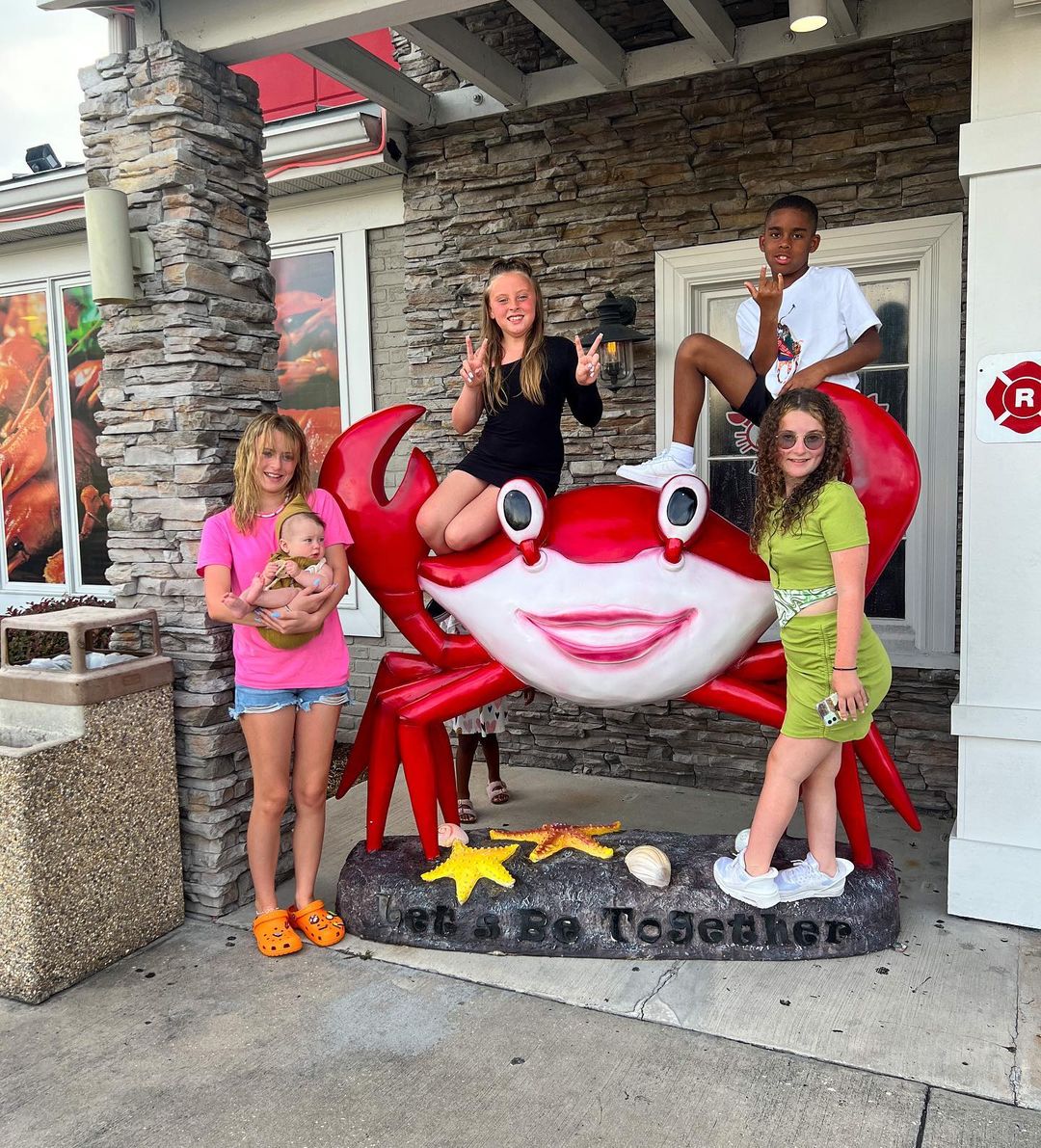 Leah took to Florida with her 3 daughters and seemed ‘so happy’ to fans – many think the new couple will have baby number 4Credit: INSTAGRAM/leahmesser 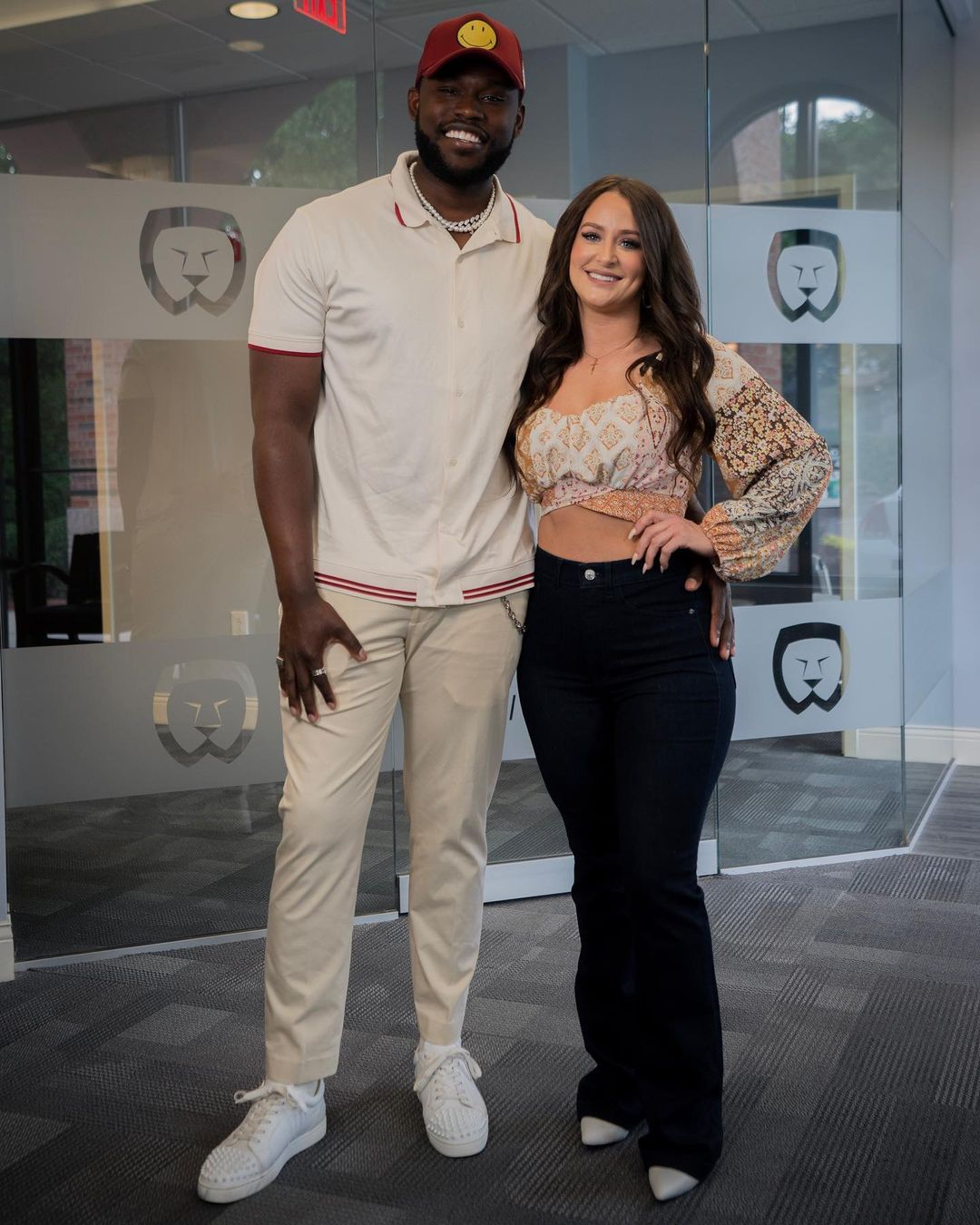 The cute couple got together on this past season of Teen MomCredit: INSTAGRAM/richhitz/ Richard Nelson

Ruben Randall - July 13, 2022 0
Money
Austin Butler is now the talk of the town for his incredible portrayal of the King of Rock ‘n’ Roll Elvis Presley in Baz...