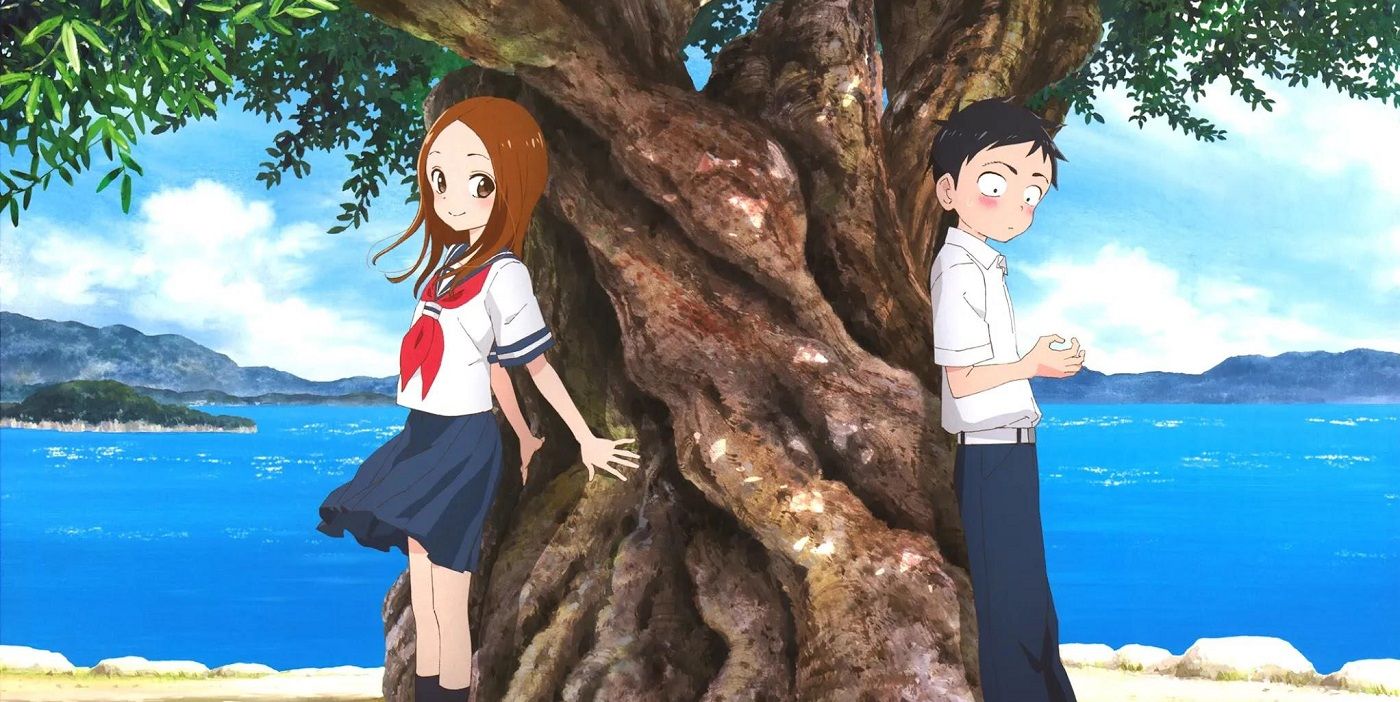 The Teasing Master Takagi-san anime film is set to premiere in Japanese cinemas sometime during Summer 2022. The announcement was made alongside a 15-second trailer teasing the upcoming film.

The film was first announced alongside the anime’s third season back in September 2021. The third season began airing in January as part of the winter 2022 season.

Sōichirō Yamamoto’s Teasing Master Takagi-san manga began serialization in 2013 in Shogakukan’s Monthly Shōnen Sunday Mini magazine. The series moved to Monthly Shōnen Sunday in 2016 alongside Yamamoto’s In the Heart of Kunoichi Tsubaki manga series, which will be getting its own anime adaptation by CloverWorks in April. The award-winning manga has inspired various spin-off series as well as a mobile game, Karakai Jōzu no Takagi-san: Kyun-Kyun Records, which will be released in Spring 2022 for both Android and iOS.

The Ashita wa Doyōbi spin-off manga, which focused on other members of Takagi and Nishikata’s class, was serialized in Shogakukan’s Yomiuri Chūkōsei Shimbun magazine from 2014-2015 and amassed 2 tankōbon volumes. Another classmate-centric spin-off, Koi ni Koisuru Yukari-chan, ran in Monthly Shōnen Sunday from 2017-2020, totaling 5 tankōbon volumes. The Karakai Jōzu no (Moto) Takagi-san spin-off manga, which is centered around adult Takagi and Nishikata’s married life began serialization in Shogakukan’s MangaONE in 2017.

The first season of the Teasing Master Takagi-san anime adaptation aired during the Winter 2018 season, followed by a second season in Summer 2019 and the currently airing third season. The series is animated by Shin-Ei Animation, with Hiroaki Akagi (Combatants Will Be Dispatched!, Those Snow White Notes) directing and Michiko Yokote (Handa-kun, The Great Jahy Will Not Be Defeated!) handling the series composition. Hiroaki Tsutsumi (Tokyo Revengers, Clean Freak! Aoyama-kun) composes the music for the series.

Yen Press publishes the Teasing Master Takagi-san manga in English. Crunchyroll and Funimation licensed the first season of the anime, while Netflix took over for season 2. Sentai Filmworks licenses the third season and will also license the upcoming film.

Twitch reverses its fifth ban against popular streamer Amouranth, allowing her back on the streaming platform after just three days.

The Richest Celebrities Who Own Tequila Brands — Ranked by Net...

Ruben Randall - October 11, 2022 0
Money
Whether served on the rocks or mixed into a refreshing margarita, tequila is a favourite spirit for many alcohol-drinking adults and a trending ingredient...