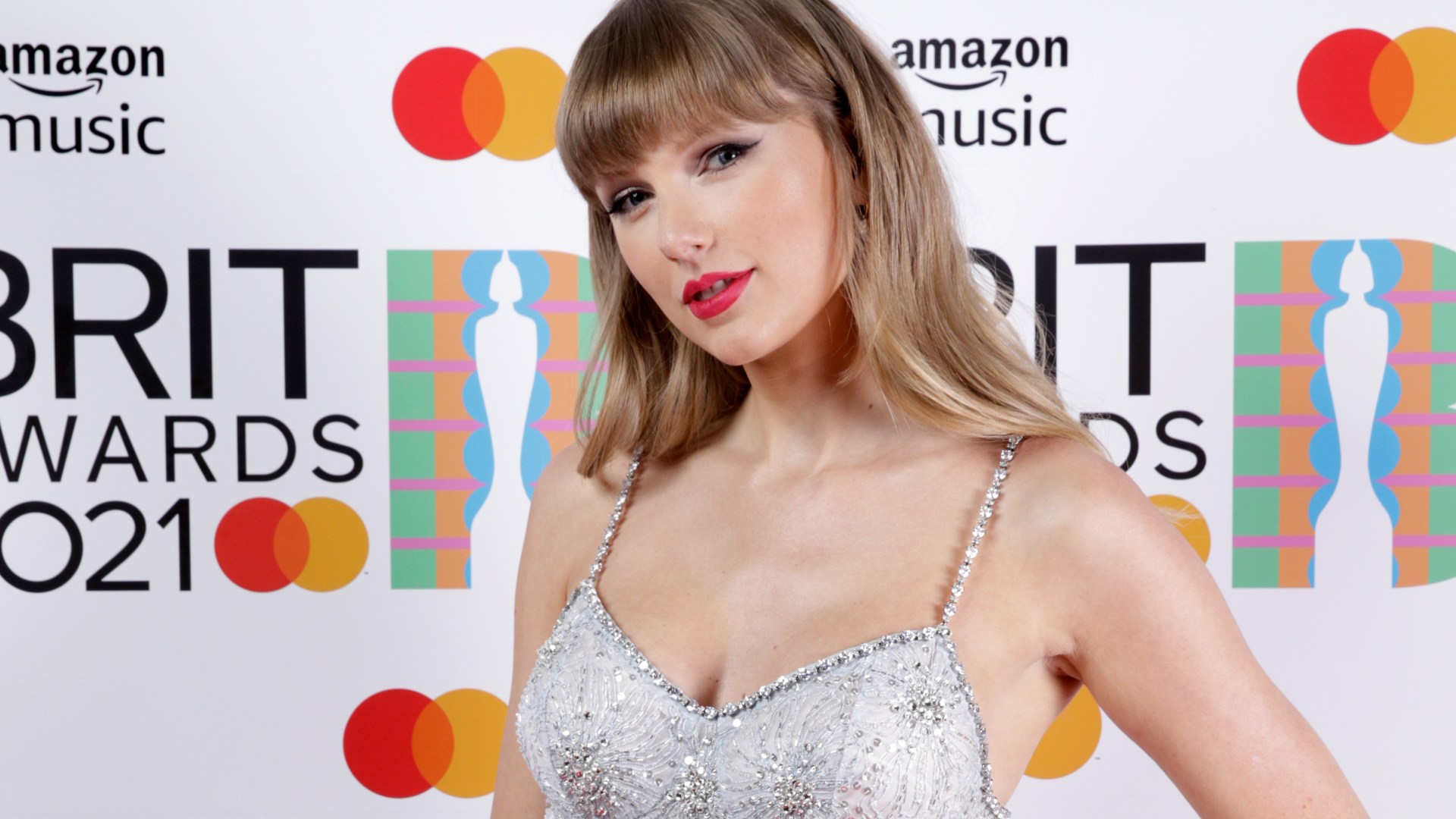 TAYLOR SWIFT is making her first album of original material in almost two years – and is keen to work with up-and-coming female artists.

I can reveal the Love Story singer has been busy writing and recording in Nashville, Tennessee, for the last few weeks and is set to surprise fans with her most experimental album.

She has referenced ex-boyfriends including Harry Styles and Jake Gyllenhaal on previous records, but will give a fresh take on her romance with actor Joe Alwyn on the project.

A music insider said: “Taylor is enjoying the process of tinkering with new sounds and is set to showcase a range of genres on her next album, which will surprise her fans.

“It’ll also be her most collaborative album yet and she is eager to work with up-and-coming female artists and producers.

“She recently invited some friends to write with her and the songs they came up with reminded her team of Stevie Nicks and Joan Armatrading. 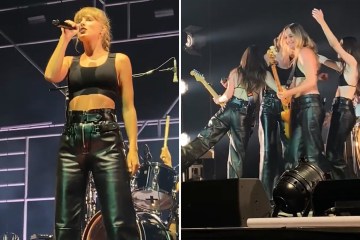 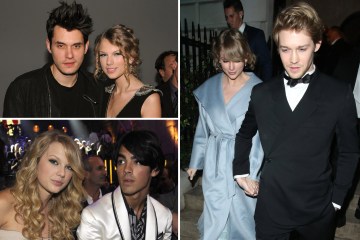 “Her fans are used to hearing about her break-ups but her outlook on romance has changed since being with Joe and this will come through in the music.”

Taylor re-recorded and re-released her 2008 breakthrough album Fearless and 2012 record Red last year, after the masters of her old albums were bought by music manager Scooter Braun.

Sharing a clip on Instagram, Taylor said: “I wrote this one alone in the middle of the night and then Aaron Dessner and I meticulously worked on a sound that we felt would be authentic to the moment in time when this story takes place.”

Fans were last treated to new music from Taylor in 2020 when she released Evermore — the “sister record” to Folklore, which came out five months before.

She said at the time: “To put it plainly, we just couldn’t stop writing songs.”

Sounds like she has been bitten by that bug again.

Maya glams up for gala

MAYA JAMA looked like a Disney princess in this dress so it was only right that she got the royal treatment.

The telly presenter jetted back to London to attend Monday night’s GRM Gala, which was held at Kensington Palace in London. 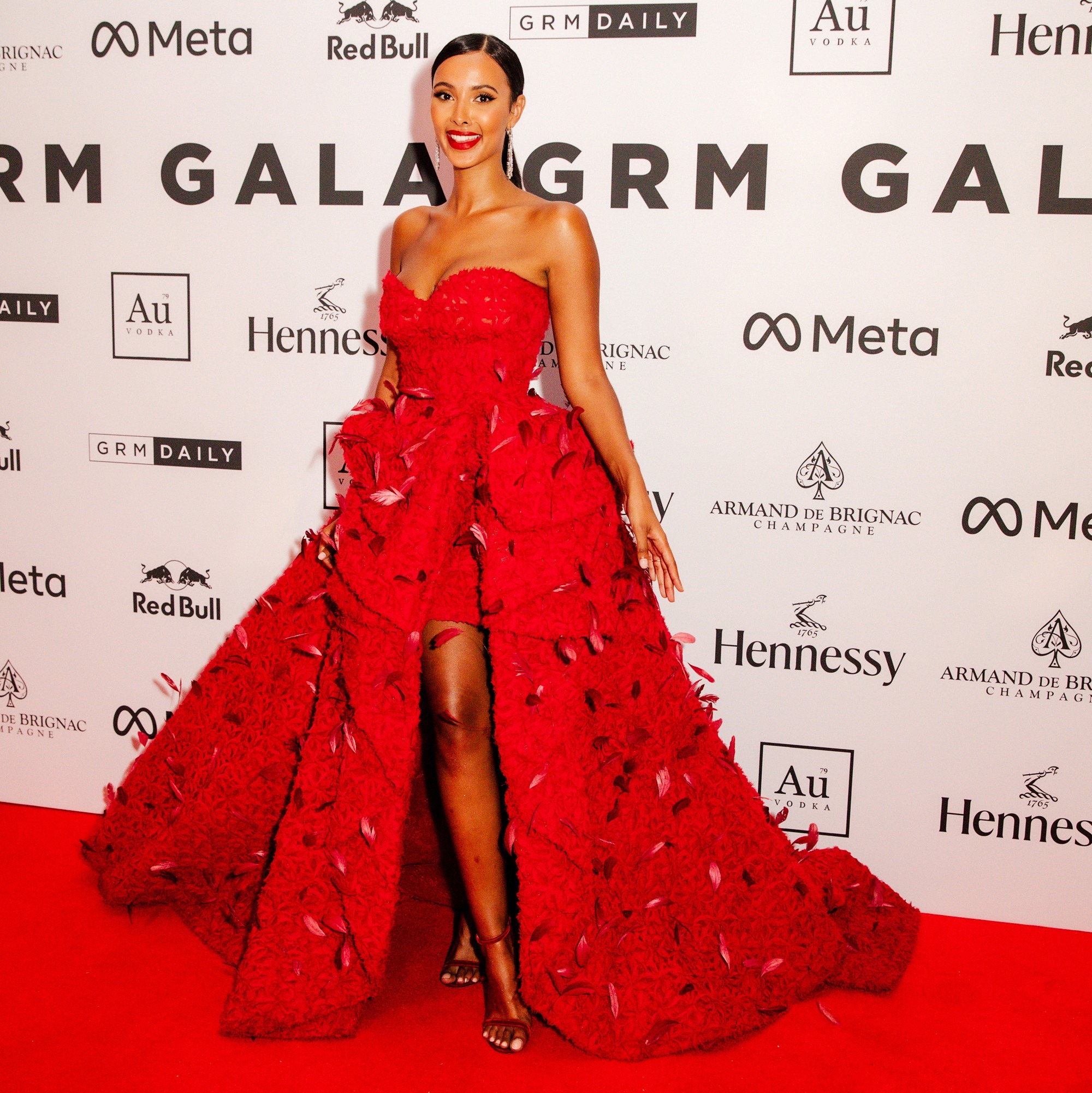 Maya Jama looked like a Disney princess in this dressCredit: BENEDETTO PHOTOS 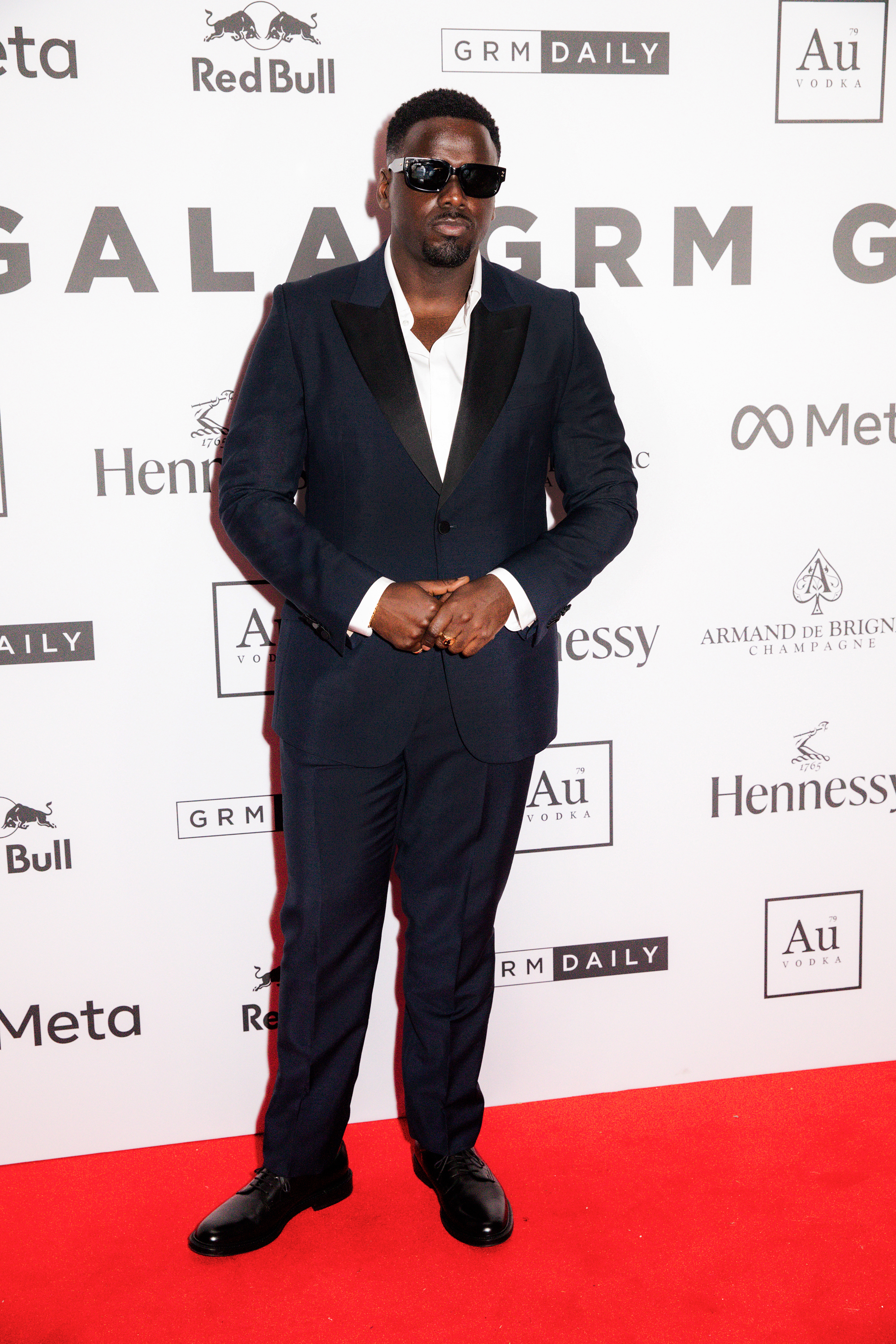 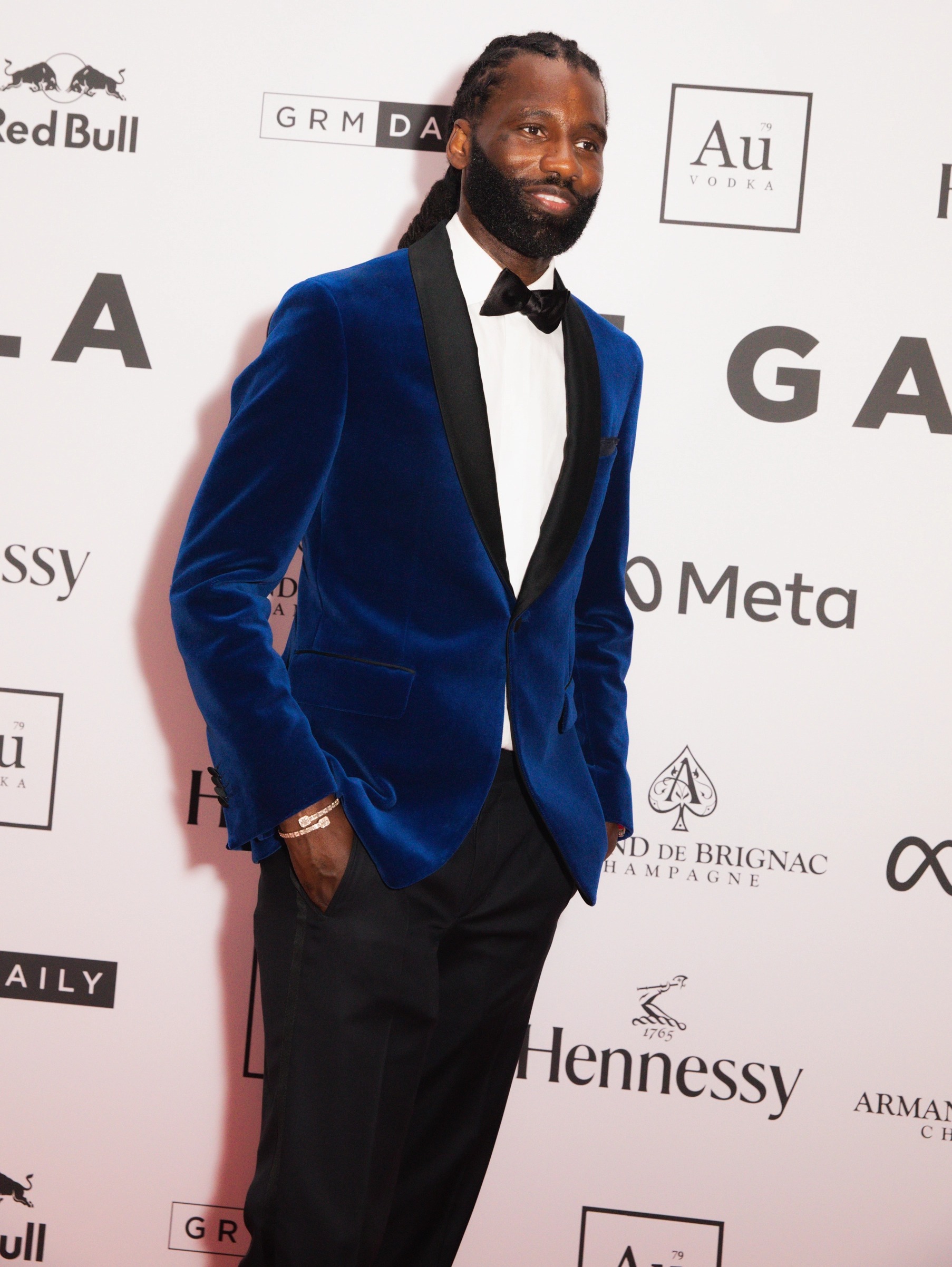 Fresh from a holiday in Ibiza, she was joined at the bash by a host of artists, entrepreneurs and industry figures to celebrate black excellence in the UK entertainment and music industry.

It was clearly a big night for Maya though because she carried on the party at Soho House after attending the bash.

Having spent much of this year in the States with her basketball player boyfriend Ben Simmons, Maya is back in the UK ahead of her birthday next week.

The Playaz for ITV2 at the beginning of September.

After a bit of a break, it will be good to have her back on the box.

THE ROLLING STONES have dropped another hint they will finally release a new album this year.

They released Living In A Ghost Town in 2020 but the band’s last album of original material was 2005’s A Bigger Bang.

But on Matt Wilkinson’s Apple Music show today, Keith Richards says: “I hope we’ll have recorded some stuff by the end of the year.
“And then, I mean, what do we do, stream it? I just make records and then we figure out how they come out, right?”

Brad’s a dream in green

BRAD PITT seems to be enjoying himself, jumping for joy, even, as he attends the Los Angeles premiere of his new film Bullet Train.

Not for Brad a boring dinner jacket for the red carpet. 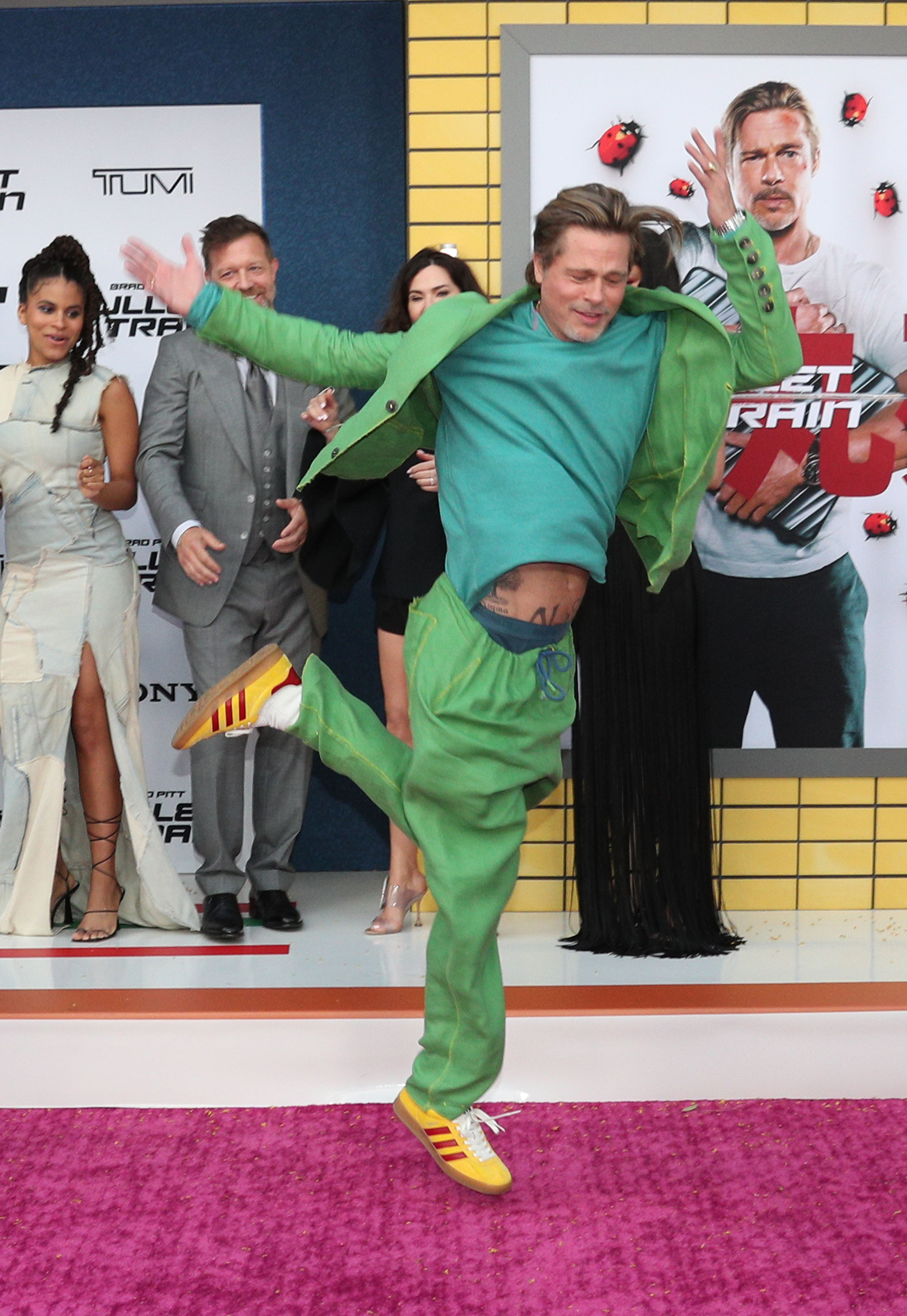 Brad Pitt was pictured jumping for joy at the Los Angeles premiere of his new film Bullet TrainCredit: The Mega Agency

The A-lister went for a baggy green suit and yellow trainers instead.
And despite years of practice with these things, he decided not to iron his creased clothes either.

It comes days after he wore a skirt to a screening of the movie in Berlin, although his explanation for that outfit was even stranger than the look itself.

Asked about why he wore the item, Brad said: “I don’t know. We’re all going to die, so let’s mess it up.”

ENGLAND’s brilliant Lionesses celebrated their Euro 2022 win in style on Sunday night and after a quick catnap, they were at it again on Monday. 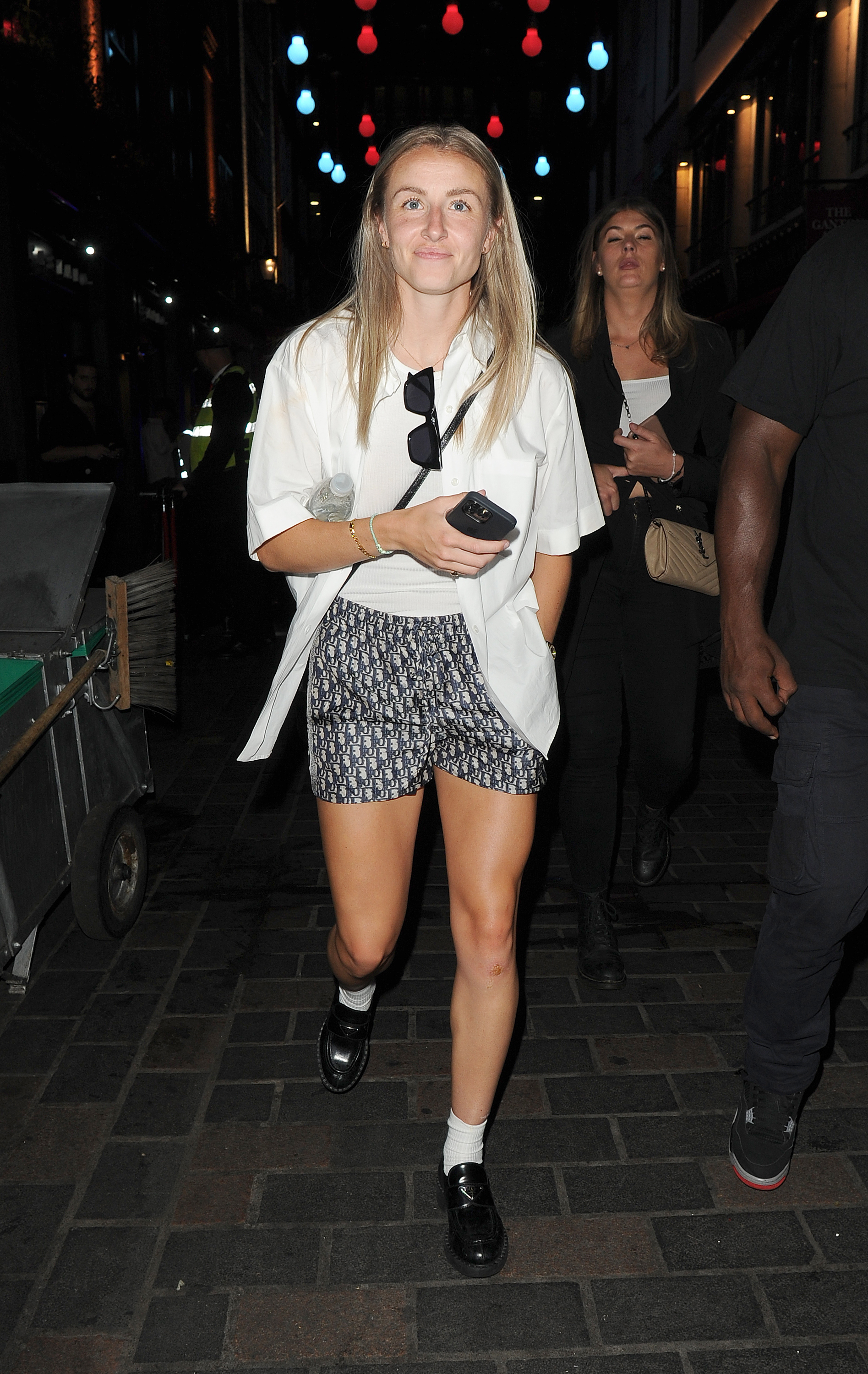 Everyone from Tom Cruise to Princess Eugenie have been seen in the VIP area, so the Lionesses are in good company.

A source said: “They were on top of the world. Sometimes it can be a bit pretentious in there but everyone just wanted to have fun. They got the same level of treatment Beyonce would get.”

On Monday morning captain Leah Williamson admitted they had “partied more than we’ve played football” in the last 24 hours and I’m glad to see they carried on the celebrations.

Cirque is one of London’s weirdest and wackiest venues where twerking dwarves and fire-eaters roam around the venue and bottles of premium champagne cost upwards of £350.

During a press conference to talk about their win, the ecstatic team jumped on the tables and gave a live rendition of football classic Three Lions (It’s Coming Home).

Their win at Sunday’s final at Wembley against Germany has been lauded around the world – with The Queen and Prince William both calling it a game-changing moment for women’s sport.

These women have more than earned the chance to let their hair down after inspiring the nation.

ROBBIE WILLIAMS was so concerned about losing his hair that a few months ago he said he’d start wearing a wig.

But now the former Take That singer has revealed he is finally coming to terms with his thinning barnet.

He told Zoe Ball on her Radio 2 Breakfast show: “It is getting thinner and thinner.

“No one will give me a thatch job because they say my hair is too thin.

“I can’t take any tablets because they depress me. I am going to have to embrace Robbie Williams losing his hair.”

Robbie has previously gone under the knife for a hair transplant and even tried pricey follicle injections in a bid to boost his growth.

As a man who knows only too well the fear of going thin on top, I totally get where Robbie is coming from.

The Stoke-born superstar is releasing his new single Lost on Friday and said it would take his fans back in time.

Robbie added: “It is me revisiting 1995. You may find yourself relating to a lot of the lyrics.

“It is so great having some distance between me and my songs. It is nice to have time under my belt and a bit of maturity to appreciate what I have done.”

Also on Zoe’s show, Robbie was revealed as the Sunday night headliner for Radio 2 Live in Leeds later this year.

Robbie will take to the stage at Temple Newsam Park on September 18 and he told Zoe that fans will be treated to his biggest hits.

FANS could get on to Brandon Flowers’ bright side if they only stopped being so fussy about their selfies.

The Killers frontman said he always says yes to photos, but confessed he gets frustrated when they ask for more if they didn’t like how they looked.

The singer added: “I know I sound like I’m being curmudgeonly.”
You do a bit, Brandon. But I think I’d be getting annoyed too if that ever happened to me.

Kim top of the crops

KIM KARDASHIAN was being far from modest wearing a crop top with “The Incredibles” written across it.

But luckily she has her eldest daughter North to keep her humble – which she did by transforming her into a minion. 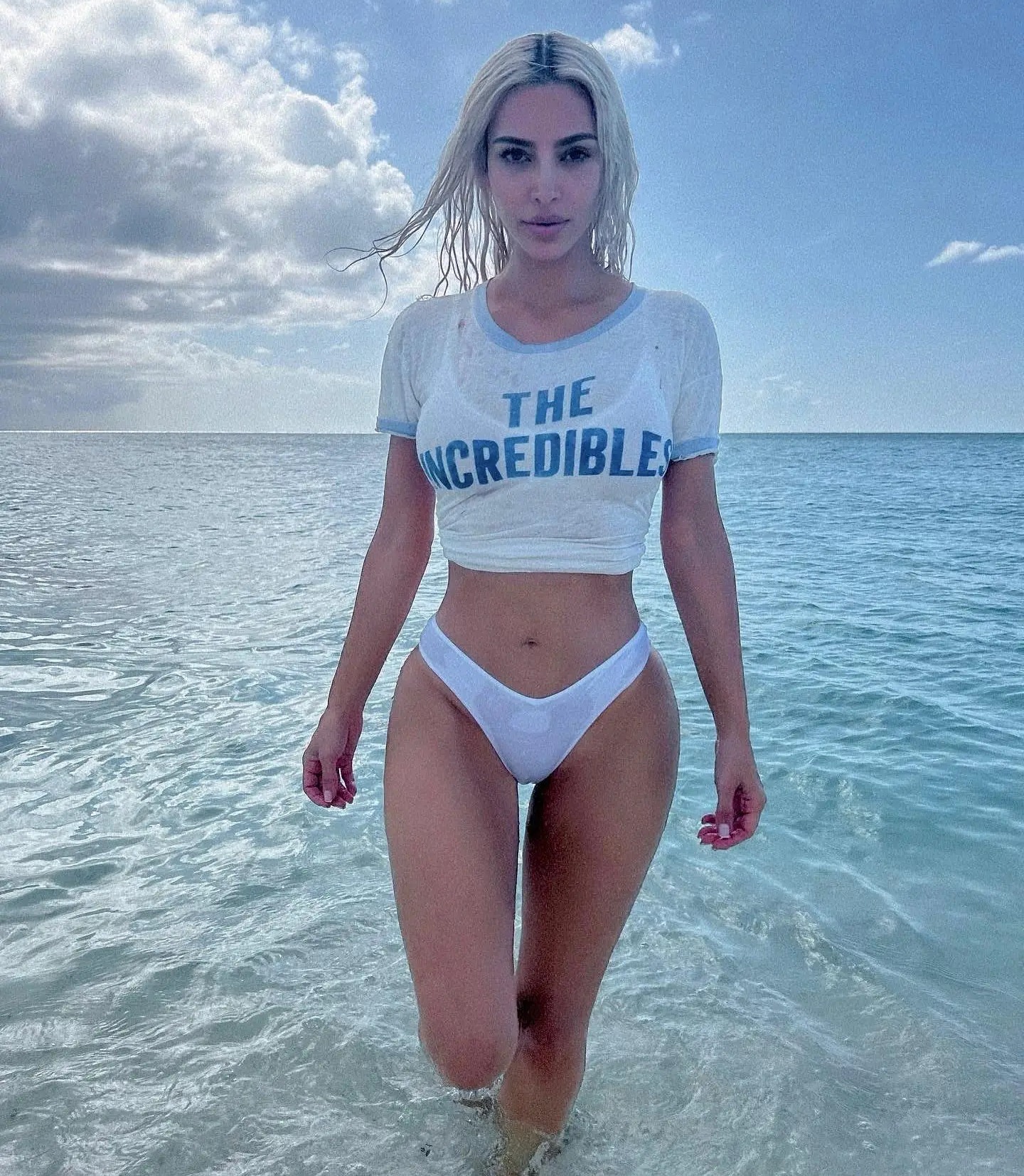 Kim Kardashian was snapped in this crop top with ‘The Incredibles’ written across itCredit: Instagram 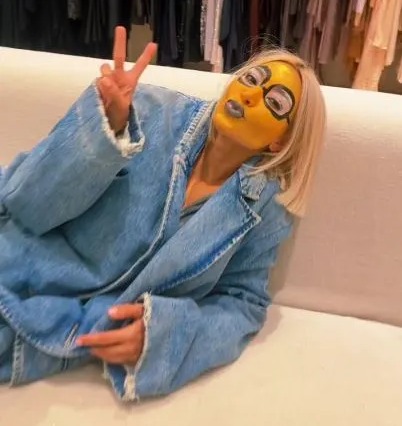 Kim racked up more than 3.4million likes on the photo of her wearing the T-shirt in the sea.

But a video of her makeover into one of the yellow animated characters from the Despicable Me movies was even more popular.

It was liked by 4.3million people in a single day on TikTok when it was posted alongside the caption: “Mommy minion.”

HER stint on Gogglebox propelled her to fame, with Scarlett Moffatt then going on to win I’m A Celebrity in 2016.

But the Geordie star told Nick Grimshaw and Angela Hartnett she almost turned Gogglebox down. 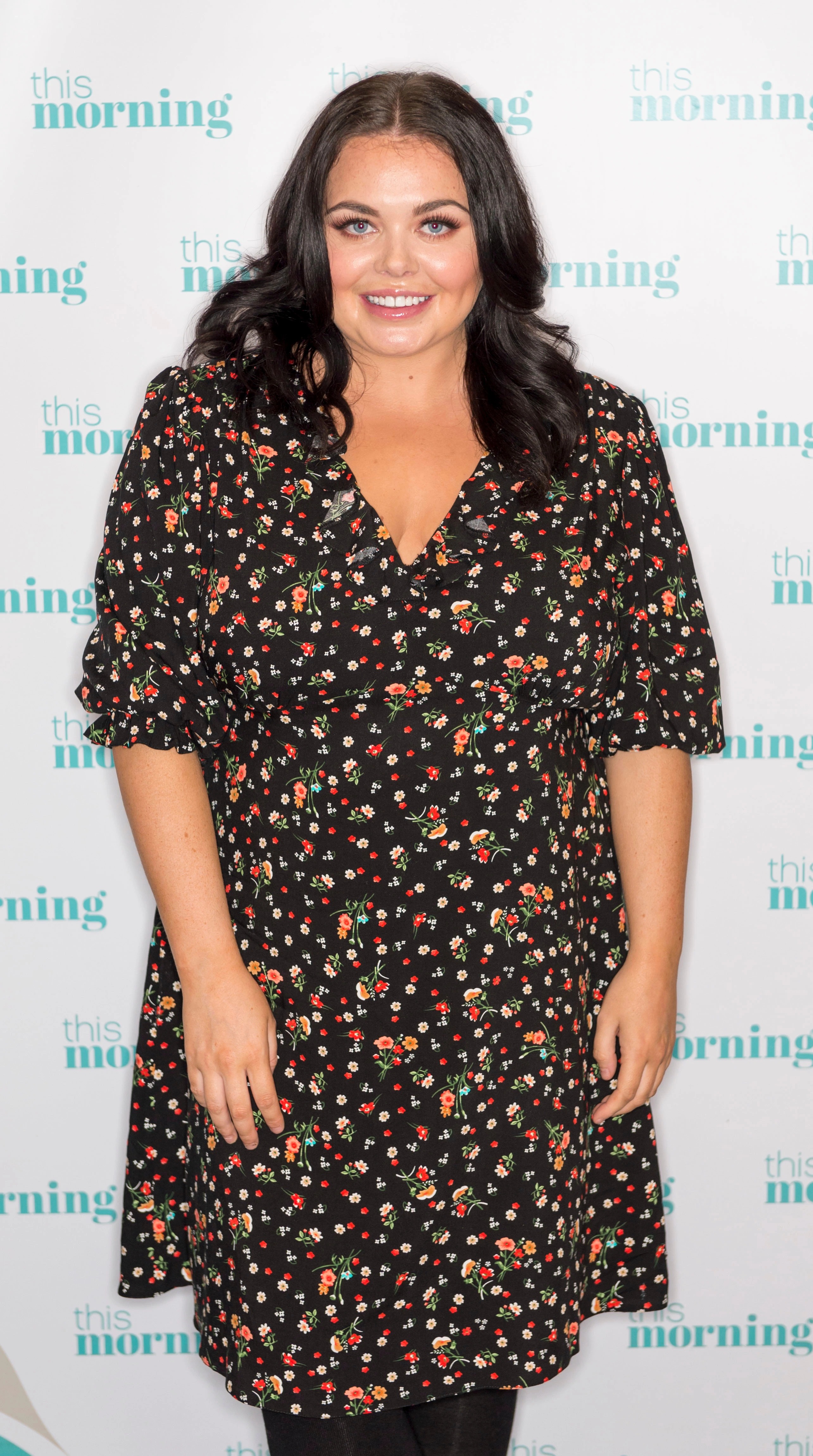 “I was like, ‘Have they run out of things to show on the telly now?’.”

Scarlett joined with her mum Betty and dad Mark and they trio became the show’s most popular family until they quit just before Scarlett entered the jungle.

And what was the pay like? Scarlett added: “At the time we got £50 and a free takeaway.”

Not too bad for just sitting on your behind watching the box.