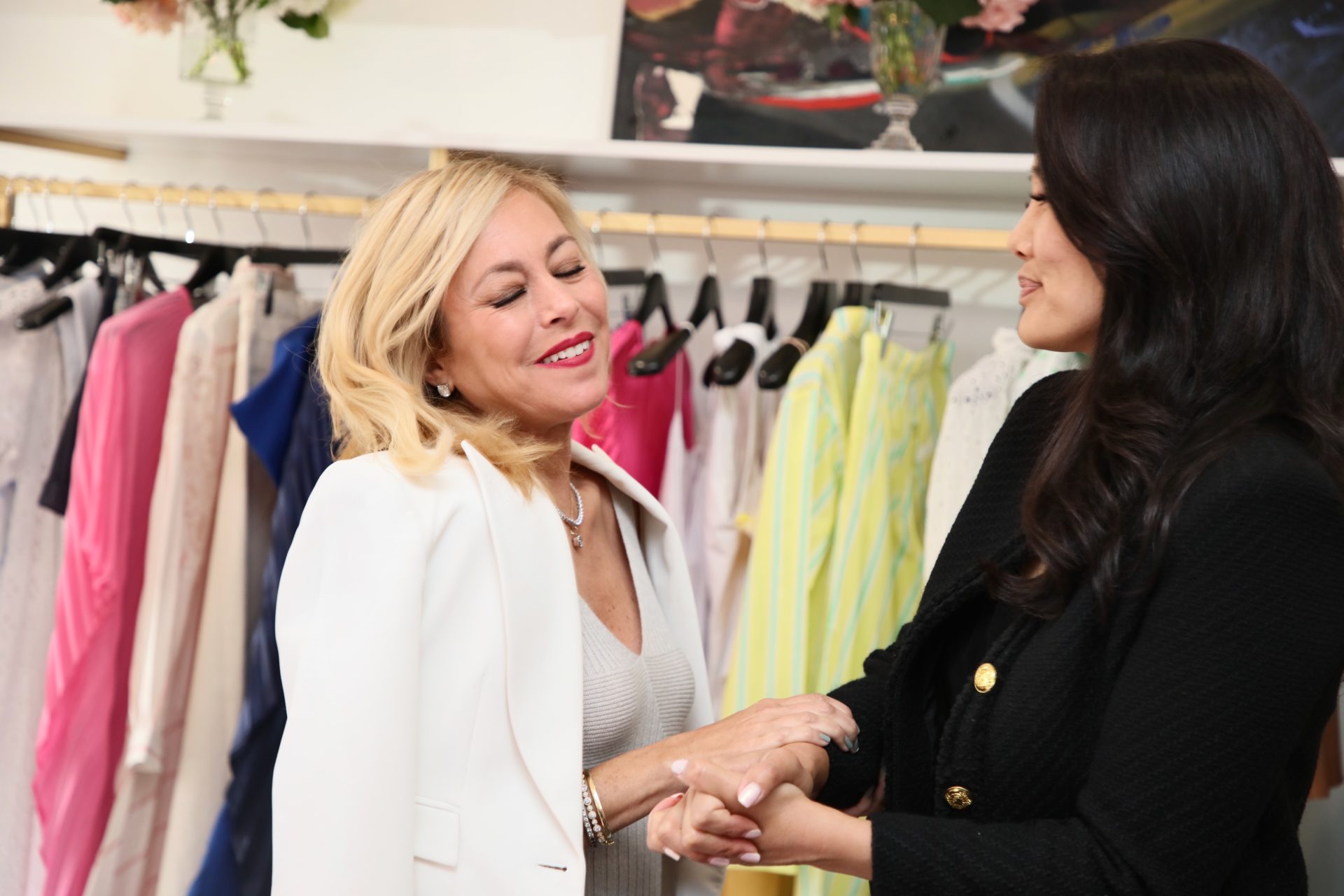 Sanjit may have made his debut on the Bravo reality show, but it wasn’t his first experience of being filmed by cameras. That’s because he previously appeared on game show Jeopardy!, where he took home a total of $1,800.

Although the date was considered ‘awkward’ by fans, Sutton and Sanjit found a connection with each other and are now officially dating. Co-star Crystal Minkoff has also said she “takes all credit” for the new relationship.

Sutton’s boyfriend, who she recently went Instagram-official with, is Sanjit Das. He is a former game show contestant who went on two dates with the RHOBH star, as seen on the Bravo reality TV show.

She had been single since being dumped by her ex Michael on Valentine’s Day. However, the housewife thought she would try dating again, and confessed: “I’m going to try dating again and see if I can maybe be better at it.”

From Virginia, Sanjit went to law school in New Orleans and is now the founder and executive producer of Moloko Entertainment, as per his LinkedIn page. Now living in Los Angeles, California, he launched his firm in 2020.

Sutton has been in the dating game for a while, since her and ex-husband Christian divorced in 2016. He is not known to have remarried while the two co-parent their three children together.

Sanjit appeared on a Jeopardy! episode that aired in April 2001, alongside the former late host Alex Trebek. This means he was a TV star before his new beau Sutton, when he took home $1,800 in winnings.

He also won a cruise during his TV stint, but it didn’t start off too well. Sanjit was at $-100 by the first commercial break, but quickly got up to $0, and then $2,800 by the end of the double Jeopardy! round.

As Sanjit came in second place behind contestant Steve, but got more winnings than the other player Tom, he headed home with a Princess Caribbean Cruise to look forward to.

Sutton, who was previously married to Christian Strake in 2000 before they split after 17 years of marriage, revealed that she done a background check on Sanjit – something she always does on every man she has ever dated.

In a previous episode, her co-stars and Erika Jayne stole the phone from Sutton to talk to her new love interest on FaceTime. As the phone was snagged from her hand, Sutton reacted by shouting: “Excuse me, I actually like him!”

With more than two dates now under their belt, the two went from talking on the Bumble app to meeting in a dive bar. They spoke about movies and books, and bonded over a love for college football.

The couple “dove a little deeper” on their second date when they met at a posh pizza restaurant, which included an awkward kiss and ordering drinks and food. Documented on RHOBH, Sutton said she “doesn’t eat spicy anything.”

This left them having a slight disagreement, and when Sutton asked whether they’d be heading on a third date, Sanjit was seen taking a heavy sip of his drink. Since then, the couple have made things official!

How a united movement helped pause CA’s solar tax proposal — at least for...

Priah Ferguson Stars In ‘The Curse of Bridge Hollow’ Trailer with...

Ruben Randall - October 29, 2022 0
Actress
Priah Ferguson and Marlon Wayans are father and daughter in the new movie The Curse of Bridge Hollow! The trailer for the upcoming Halloween-themed comedy...