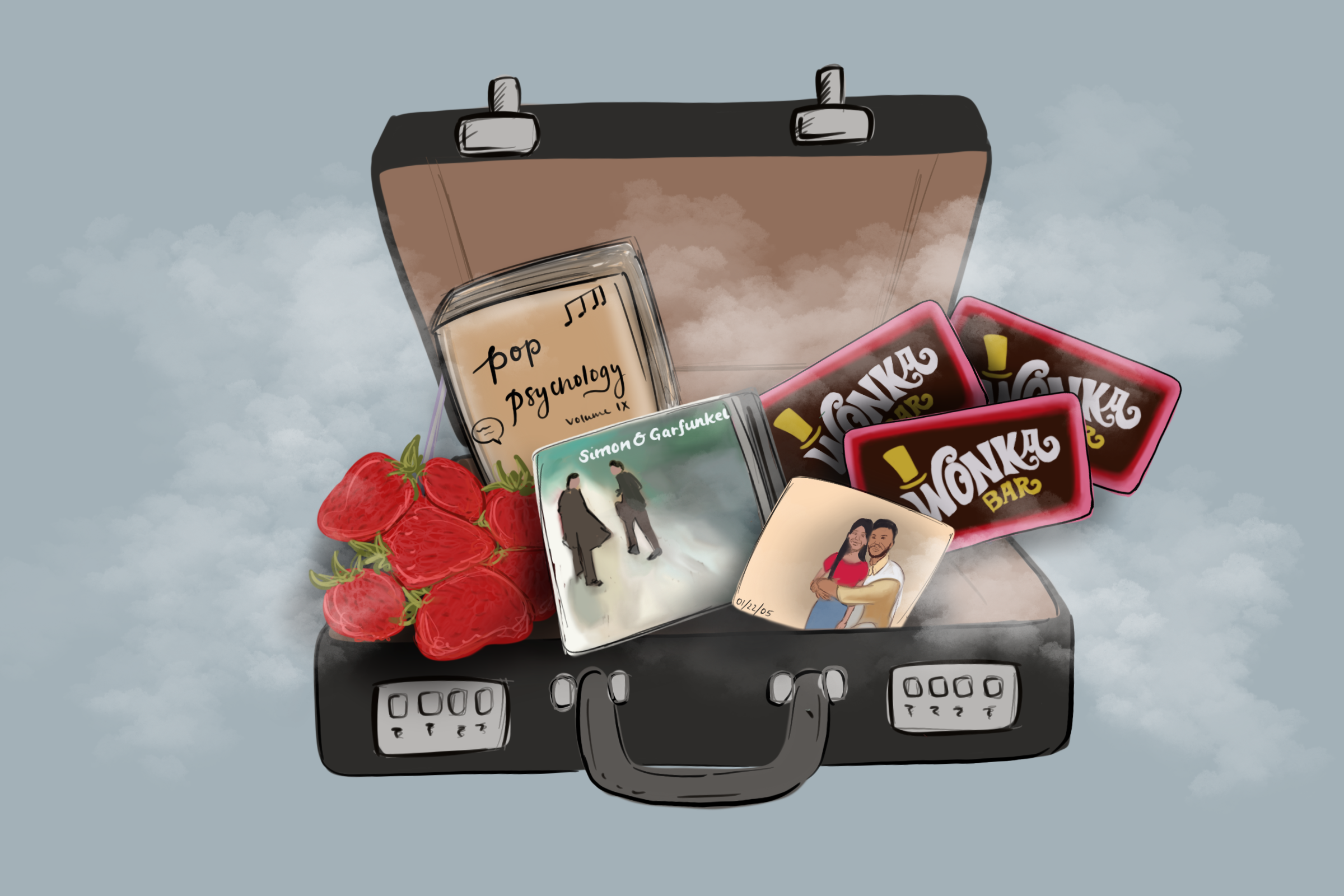 Whoever said “kids say the darndest things” has obviously not heard their father share personal information before. When moving me into my apartment this year, my dad walked around the room in his self-possessed, serene way, a half-smile on his face. Without an ounce of malice, he laughed to himself about me, “You’re so spoiled. When I was in grad school, I shared a room half this size with three roommates. We had two beds — whoever got home last had to sleep on the air mattress,” adding, “the first person home had to make dinner.” My father, who would rather enjoy the sweet sound of a grating silence than tell me about his personal life, let slip a tiny detail of his college experience. It was not what I expected.

Most other things I know about my dad’s childhood are bits I’ve pieced together, information stolen away from family members or weaseled out of him while he sat in the passenger seat, tapping out work emails on his phone as I drove around to accrue hours for my Level 1 driver’s license. Here’s what I’ve known for a while: My dad grew up in Chennai, India and he skipped two grades in school, so he was consistently smaller than everyone else in his black and white class pictures. From what I understand, he and his dad (my grandpa) had a distant relationship, but they watched movies together sometimes.

If you ask me what my favorite movie is, I probably won’t tell you the truth in order to maintain my (nonexistent) respectability in Daily Arts. Well, here it is: I love “Willy Wonka and the Chocolate Factory.” I love the brightly filtered shots of mountains of playfully imagined sweets, worth more than the GDP of a small country. There truly is no other word to describe the music except for charming — the melancholic violins and bells ringing with a simplicity that brings you back to a sweeter, simpler time, telling you how to feel and doing it well. The swirling, terrifying boat scene montage — which, yes, does feature a chicken being beheaded — still scares me, but I dreaded the scene so much I was curious to see it whenever I rewatched the movie, which was often; at first at the insistence of my dad, but later it was me that began asking that we watch the movie more times than I can count.

Once, when I was in elementary school, he mentioned that he watched the film with his dad — the only memory he’s shared with me of his father. When my dad was 19, he came to the unknown (Toledo, Ohio) for grad school. My grandpa died shortly after, and my dad couldn’t fly back to India for the funeral due to his immigration status. When he finally made it back a year later, his old dachshund ran up to my dad at the front door of his family home and collapsed in his arms, dying a few minutes later. It’s worlds away from what I’ve had to go through, but it seems a distance from who he is now as well — my dad is just my dad, who loves intentionally pronouncing words wrong to irritate everyone (including me), blasts his Simon & Garfunkel music too loud on speakers that he’s set up in the basement and buys strawberries on his way back from work if he hears that I’ve come back home from Ann Arbor.

When I moved back home in the second semester of my freshman year of college, it was just the two of us, but by then I had my own secret. My dad has always hoped I would become an engineer, enamored by the stability it would give me, but by this point, I was staying up late researching how to transfer out of the College of Engineering; I had stopped understanding why it all mattered, the physics and math and programming. It hit me that this was it, that the tangibility of calculating the physical plausibility of structures and taking soil samples was what I had chosen to do for the rest of my life, instead of learning about the books and ideas and people I had always ached to know more about. The reverse wasn’t the most exciting prospect for my father, who has moved the earth and the sky in order for me to have a more stable life than he does. Maybe a better child would have stuck with engineering, but I jumped into aimlessly taking various classes: environmental science, creative writing, anthropology, architecture. During the week, we had intense conversations about my (lack of a) major, but on Sunday nights, we took a break: We watched movies like “Parasite,” “Knives Out” and “Soul,” and would visibly jolt backward during jump scares and sit in our basement for a while afterward, breaking down the movie, and of course, looking up everyone involved in the production on Wikipedia. What I don’t think my father realizes is that he taught me how to love movies, that I learned from him — from the man who took me to the library on weekends, who bought a Detroit Institute of Arts membership so we could go together and whose love language is reading Wikipedia articles on authors I offhandedly mention — that sometimes art can say what you cannot.

Since this period, we’ve made peace. In a burnout spiral before spring break, I worried that I was making wrong decision after wrong decision, so I called my dad. He stayed silent for a while after I droned on. “Well?” I asked. “What do you think?” He paused a little more and said, “You’re like me. You’re introverted and sensitive” — my father reads pop psychology books. This is something I fear will plague me in my middle age as well — “so I know you need to take care of yourself more.” We talked for a bit more that evening. But “you’re like me” was swirling around in my brain with a volume so loud that I couldn’t hear anything else.

I’ve spent most of my life paying attention to how different my dad and I can be, but I never linger on how similar we are. We’re both forgetful, messy people who love to read. We like keeping up with the news and eating at the same Thai restaurants, and yes, watching movies. In my eagerness to see my father through a different lens and define him in the limited ways I know, I forgot about his (and therefore my) humanity. Now, I wonder: If my dad grew up with everything he’s given me, would he have made similar choices? Taken similar classes? I’ll never know, but he tells me he’s happy with his life now. It seems to be a universal truth that every child thinks that realizing their parents are people is a revelation, when the only one in the dark was the child. A better surprise is finding out that the other person’s inner world really isn’t that unfamiliar at all.

See also  10 Prequel Shows and Movies That Are Better Than the Original, Including 'House of the Dragon'

Fortune Feimster on Incorporating Her Dog Into Her Standup and Becoming...

The Internet & Kubrick’s Twitter Have A Lot To Say About...