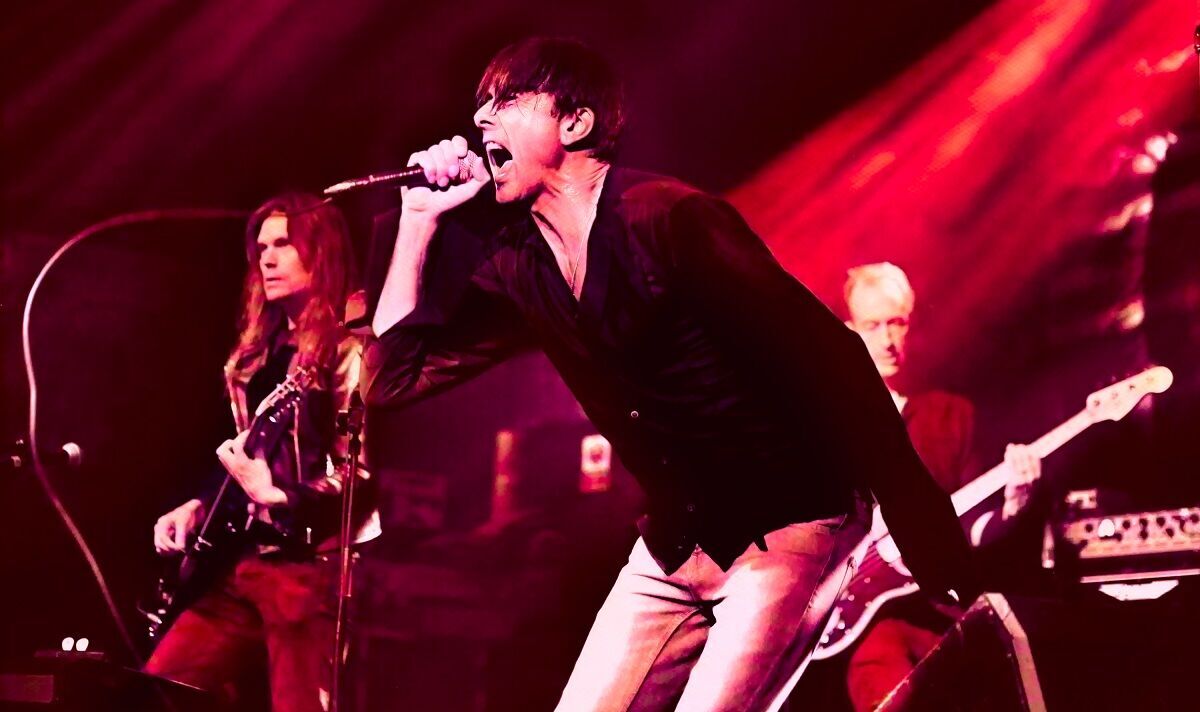 Showing an impressive resilience as pioneers of the hedonistic Britpop scene of the early Nineties, and brushing shoulders with the likes of Oasis, Pulp and Blur, with Camden at the forefront of the scene, this is a special show indeed. Lead Singer Brett Anderson has lost none of his flair or ferocity and is still an incredible showman, leaping around the stage and into the crowd as if no time has passed since their heyday.

Rock and Roll has clearly not ravaged his chiselled looks, and he’s as fit as a fiddle displaying all his signature snake hipped moves. Starting the set by playing their new album in full, they show off their ambitious punk-inspired dynamic new sound.

A cult following in the audience were clearly just as delighted to hear this new direction as they were their old classics, despite the album only being out for a matter of weeks.

Anderson was the born-again punk showman, full of energy and movement and firing on all cylinders in this sweaty raw environment.

One of the highlights was the new song She Still Leads Me On, with it’s tortured refrain and bittersweet lyric ‘Yes, in many, many ways I’m still a young boy, with all those questions in my petrol blue eye’.

Moving on to their classics, We Are The Pigs resonates with the edgy Camden crowd with its anti-establishment message.

Trash has the biggest singalong with the crowd, with the lyrics seeming even more apt for the current image centric culture we live in, the ‘Litter on the breeze’.

Their energy will surely transfer effortlessly to the grander stages of their tour next year, with two  nights at the iconic Brixton Academy in March definitely not to be missed,