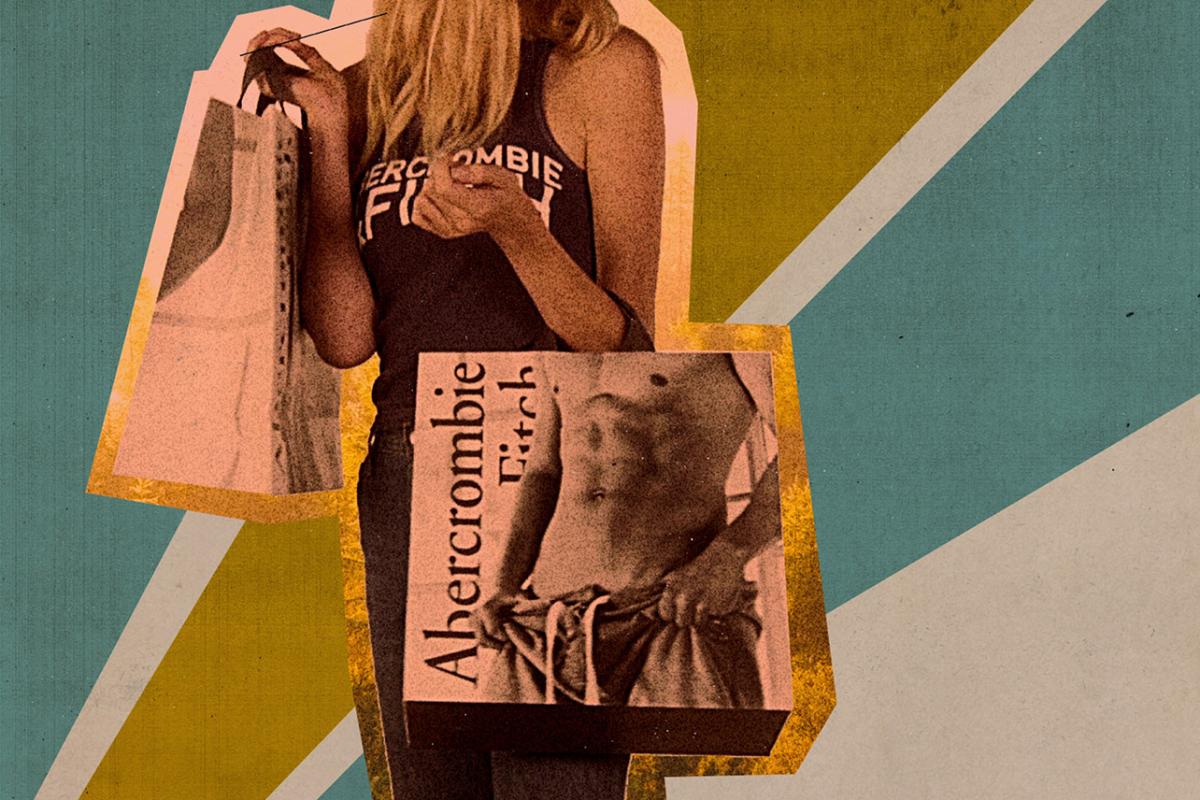 In White Hot: The Rise & Fall of Abercrombie & Fitch, now streaming on Netflix, the seemingly untouchable status of the once-iconic retailer and the crash and burn that followed finally gets its moment in the spotlight. Starting from its days as a mall staple and continuing through the revelations of racist and discriminatory business practices, the documentary seeks to expose this early aughts fashion phenomenon for the complicated, problematic symbol that it was.

The Gist: There was a time Abercrombie & Fitch was the hottest retailer in the world. A time when malls were king, striped polos were cool, and carrying around a bag with a shirtless dude on it was a status symbol. Abercrombie “sold a dream,” an aspirational state of being that allowed you to look down on everyone else. Celebrities like Jennifer Lawrence, Channing Tatum, Olivia Wilde, and even Taylor Swift got their start appearing in Abercrombie ads, representing that coveted, golden retriever-inhabited Americana we all strived for. Beneath the glitz and glamour and shirtless models, however, there was something sinister going on, a system intent on keeping out people of color, different sizes, and anyone simply deemed not attractive enough. While Abercrombie became a phenomenon, it also turned into one of the most controversial brands in the world.

With the help of former recruiters, designers, journalists, employees, and more, White Hot: The Rise & Fall of Abercrombie & Fitch tells the story of how a once-untouchable brand and its CEO Mike Jeffries found itself in court on more than one occasion, and in the hot seat of more than a few publications. Racist graphic t-shirts earned the retailer protestors, and systemic discrimination against employees of color soon turned into a near- $50 million lawsuit. Despite being forced to make changes following their loss of the lawsuit, A&F continued their shady, racist practices – and Mike Jeffries leaned harder into his obsession with attractiveness, thinness, and exclusivity. The tide only really began to change when Samantha Elauf, a young Muslim woman, took her case to the Supreme Court after being denied a job for wearing a headscarf – and soon, Mike Jeffries became a distant memory of the organization. By the time White Hot comes to a close, Abercrombie looks a helluva lot different than us mall-walkers might remember.

What Movies Will It Remind You Of?: White Hot might bring to mind other social phenomenon and trend docs like Take Your Pills, LulaRich, and The Curse of Von Dutch.

Performance Worth Watching: Ben O’Keefe, who got involved in this whole A&F discourse after starting a petition for the brand to be more inclusive with their sizing and marketing, offers some of the most incisive commentary in the film. He’s passionate and self-assured, making the bigger issues feel personal and significant. His actions sparked a real shift in the public conversation about the brand, and the way his story is integrated into the film is a perfect marker for the beginning of the end for Abercrombie & Fitch. With a screen presence like this, it’s easy to see why O’Keefe seems to be everywhere these days (oh hey, Forbes 30 Under 30!).

Memorable Dialogue: Some of the commentary about Mike Jeffries really helps to sum up why he was so untouchable for so long: ”he wasn’t just a CEO of a clothing company. He was a creator of cool.” A&F was synonymous with exclusive and aspirational; of course the people who wore it most didn’t want to let that go.

Sex and Skin: There’s a fair amount of mention of the sex appeal of the brand and the activities of those in leadership, but things are pretty tame.

Our Take: White Hot: The Rise & Fall of Abercrombie & Fitch could have been so much more. There’s something deeply fascinating about the ascent and inevitable crash and burn of a brand like this, especially for those of us who can remember flushing in shame when we were among the only kids in school who couldn’t afford to wear Abercrombie, or were too uncomfortable to ever set foot in one of the dark, cologne-fogged stores. It was truly a phenomenon, an emblem of the late ’90s and early aughts mall culture that ruled all. Instead, White Hot is content to skate around on the surface, touching on the dark side of Abercrombie but unwilling to really examine the lasting impact of the culture Mike Jeffries created. The best documentaries thrive when they make specificity a priority, but White Hot only seems interested in painting with broad strokes and making sweeping generalizations. There is SO much to explore beneath the surface of what Abercrombie was; the aforementioned mall culture, the under-discussed accusations of sexual misconduct against Bruce Weber, the recession, the rise of online shopping, the obsession with being cool, thin, and white that clearly has not gone anywhere.

By cramming so much history (and so little depth) into around 90 minutes, White Hot winds up feeling like a YouTube or TikTok explainer, rushing to break down a handful of subjects without ever questioning their significance. A film intent on exposing the rotten core of an institution that so desperately tried to course-correct in the hopes of continuing to rake in cash would have been infinitely more meaningful! What about the way the brand catered to homophobic jocks through a gay lens? Was there no time to dive deeper into the pressure levied on the few people of color who were invited into the room during A&F’s heyday? And how is it possible to just drop Jeffrey Epstein’s name like that and move on? There’s so much unexplored potential. What we’re left with is something entertaining but forgettable, a flimsy examination of an endlessly rich subject reduced to something as shallow as the headache-inducing, shutter-adorned storefronts once inhabited by shirtless models.

Our Call: SKIP IT. The story of Abercrombie’s rise and fall may be a fascinating one, but White Hot fails to probe below the surface, leaving us with something superficial and unable to understand why things crashed and burned the way they did.

Jade Budowski is a freelance writer with a knack for ruining punchlines, hogging the mic at karaoke, and thirst-tweeting. Follow her on Twitter: @jadebudowski.

The Untold Truth Of Draco Malfoy From Harry Potter