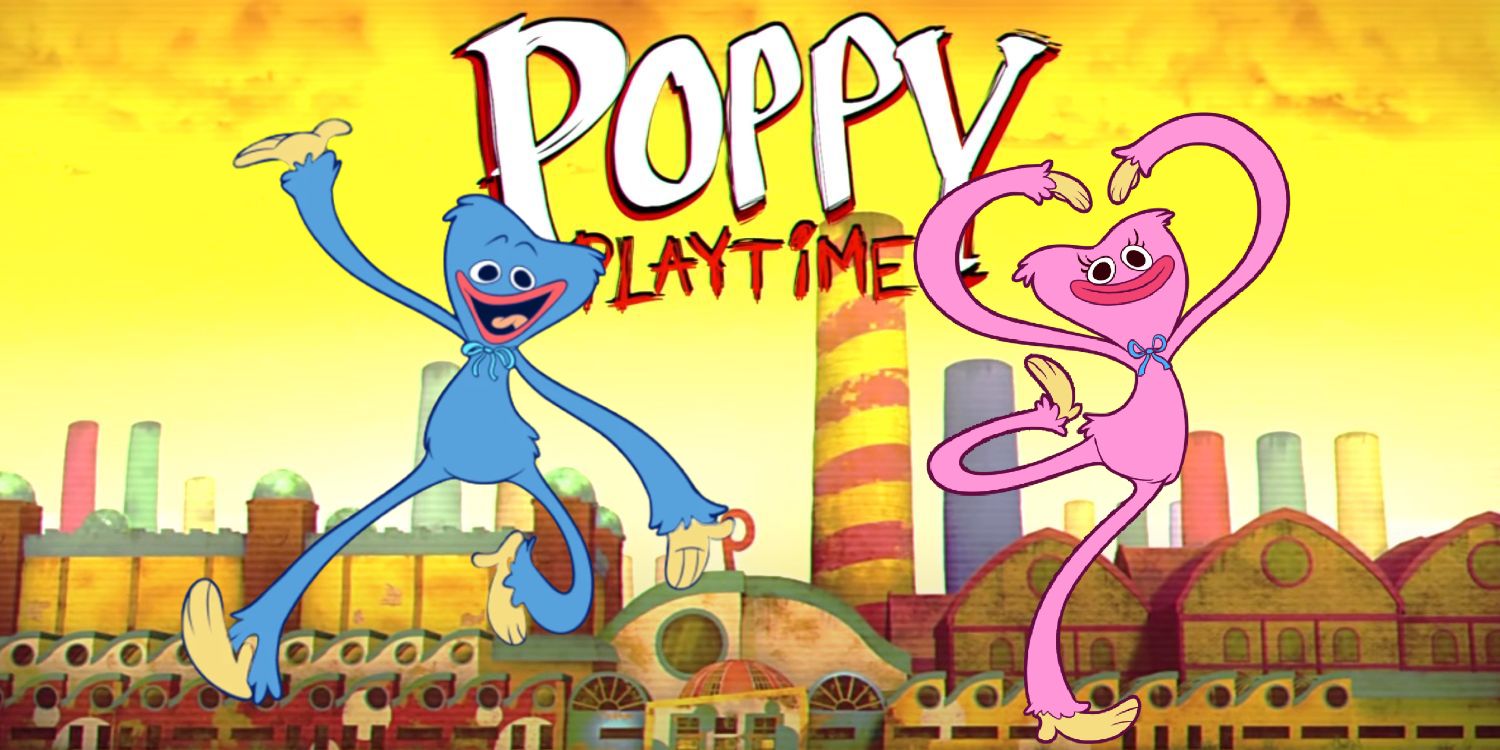 Lately, there’s been a lot of scaremongering going on about the popular indie horror game Poppy Playtime, but there really shouldn’t be. It’s just a game, and while there will always be fears surrounding strange things that garner a large amount of popularity in so little time, especially when it’s something macabre like a horror game, they’re usually unfounded. It’s just a piece of media like any other, so all the police warnings and sensationalist headlines are inappropriate.

In Poppy Playtime, players control an ex-employee of the Playtime Co. toy factory, where they’ve now returned in order to solve the mystery of what happened to its other former employees, who all mysteriously vanished 10 years ago. Along the way, they’re pursued by the monstrous Huggy Wuggy, a blue furry monster who serves as the main antagonist. Poppy Playtime isn’t safe for kids, with jumpscares at every turn and no small amount of gory backstory. An upcoming Chapter 2, Fly in a Web, looks like it will have even more scares along with an all-new monster that the internet is already obsessing over.

Related: Poppy Playtime: Why Kids Are So In Love With Huggy Wuggy

Despite the frightening content that Poppy Playtime contains, there’s no need to panic over it. It’s just a video game; a scary video game perhaps, but still a work of fiction nonetheless. All of its power and popularity comes from those who play it, so avoiding it is as simple as turning a blind eye to Huggy Wuggy and the Playtime Co. toy factory. Even if kids somehow find something about it on the internet and get a little scare, it’s highly unlikely that anything else will come of it. Poppy Playtime isn’t free to play either, so any kid who wants to play it will need parents’ approval.

The Backlash To Poppy Playtime Isn’t Anything New

Scaremongering about games and other forms of media is far from a new development. It’s gone on for almost as long as people have been widely distributing works of fiction, and has touched just about every major form of media there is. The “Satanic Panic” of the 1980s and beyond is a testament to this. Dungeons & Dragons is a simple tabletop game, but was the subject of panic from parents who worried that their children were somehow summoning infernal entities with pencils and dice. The Harry Potter books have been decried for their portrayal of magic and those who use it, despite being nothing but ink and paper. Poppy Playtime’s Huggy Wuggy and Mommy Long Legs might look scary, but they’re just pixels and lines of code.

See also  How Powerful Reva Is Compared To Other Inquisitors

The backlash surrounding Poppy Playtime is no different from that of similar media that’s been unfairly labeled as evil or a bad influence. Horror games and movies in particular are easy targets for those who want to stir up fears that the creators have nefarious purposes in mind due to their mature and often-inappropriate subject matter, but such things are rare. Children are almost never a demographic for horror games, because they’re not made for kids, and Poppy Playtime is no different. It may not have an official ESRB rating, but most third-party websites rate it as Teen, meaning that it’s meant for ages 13 and older, which certainly seems appropriate given Huggy Wuggy’s bloodthirstiness. It and the rest of the classic-toy-inspired monsters of Poppy Playtime are meant to scare adults, not kids.

For some reason, Huggy Wuggy has become very popular among children. Sales of its merchandise have risen rapidly since Poppy Playtime’s release, much of it of relating to Huggy. A real-life plush doll is sold on the game’s official website, as well as a multitude of apparel and a few posters, and it’s even inspired social media trends such as cosplay. It might seem strange for such a frightening character to become so popular as to inspire this kind of marketing, but there are logical explanations. The most likely one is that kids see things, especially scary things, differently than adults. A fascination with the macabre is natural, and no cause for alarm. A child may look at Huggy Wuggy and adore it for its appearance despite its nature in the game, and if they play Poppy Playtime, its lore and all it implies may go ignored in favor of its colorful exterior.

Related: Why Police Are Warning Parents About Poppy Playtime

Characters in horror games are made to be frightening, but few go about it in a way that Huggy Wuggy does. The juxtaposition of horror against childlike elements is something that stretches across all of Poppy Playtime, and is personified in Huggy. Its simplistic design coupled with its horrific backstory and relentless pursuit of the player character make it unsettling on a deep level, almost to the point of invoking the uncanny valley. Such strong emotions leave a deep impression, and while those impressions can manifest in an unhealthy way, such events are extreme examples that deviate greatly from common responses to a connection with a fictional character, even ones in horror games. Poppy Playtime’s monster designs may be designed to invoke fear, but that doesn’t mean that they’re meant to do real-world harm.

There’s no denying that Poppy Playtime is not age-appropriate for young kids, but there’s no reason that it has to be. No piece of media, especially when not meant for – or marketed towards – children is under an obligation to be suited for them. Like any other genre of game, horror games are designed to give a certain experience, and the fact that that experience is not suitable for children doesn’t make the games inherently bad or harmful. If a child isn’t old enough to consume frightening content like the horror genre, then it’s easy to keep them away from it by restricting their access to those types of content, both of the game itself and fan depictions online. Indie titles especially, like Poppy Playtime and Five Nights at Freddy’s, no matter how fast they grow or how popular they become, are never required to be safe for kids.

However, there are some reasonable concerns that children will accidentally stumble upon a frightening video on a platform like YouTube, where it’s possible that Huggy Wuggy and Playtime Co.’s names will make them seem innocuous. If this does happen, then no harm should come of it aside from a temporary scare, and it may even serve as a good segue into a conversation about safe internet usage. Jumpscares, which Poppy Playtime makes heavy use of and most of its more frightening fan content relies on, are designed to deliver a short-lived burst of adrenaline, and while that may elicit a different reaction in a child than it would in an adult, it still shouldn’t have any consequences that last longer than a few hours, or a single day in an extreme case. The scares that Poppy Playtime and monsters like Huggy Wuggy inspire are inherently harmless, so the panic surrounding them and the various internet trends they’ve spawned is unjustified.


Austin Geiger is a nerd and a Game Features author at Screen Rant. He has loved to read, write, and play video games for longer than he can remember, and does each one daily. He likes Pokemon, Digimon, The Elder Scrolls, and more.

Ruben Randall - July 24, 2022 0
TV/Movies
Despite debuting on Netflix last November, the superb neo-western The Harder They Fall is timely as ever. Based on real characters and events...