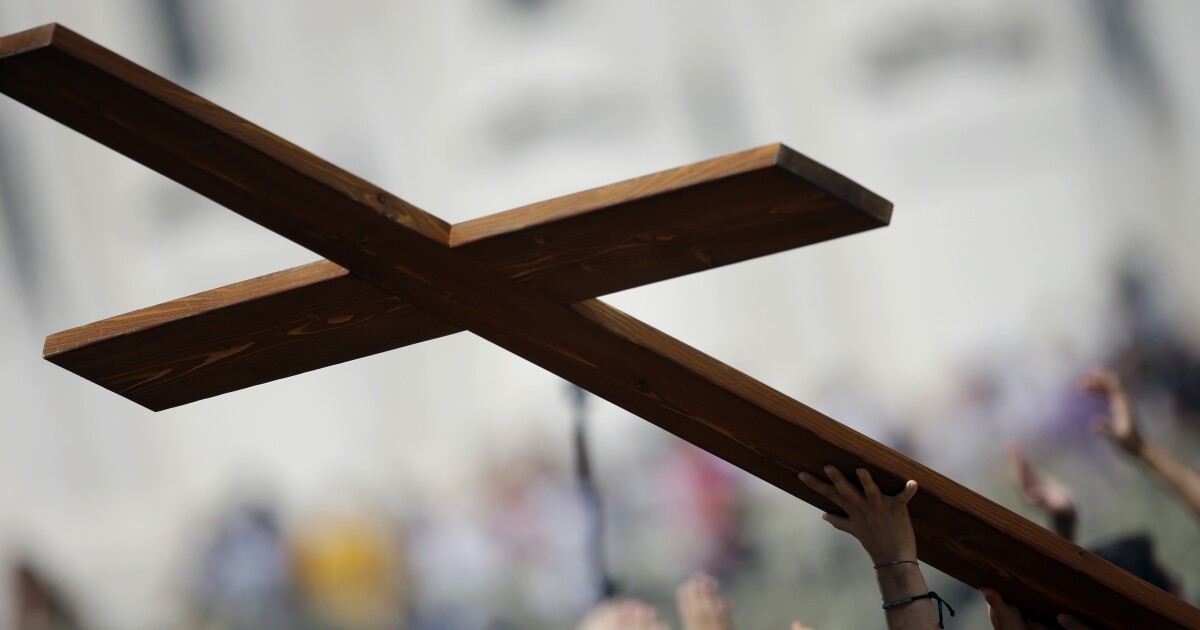 A vast majority of Americans, 81% to be exact, believe in
God
, according to a new
Gallup

poll
for 2022. This is a decline from 2017, when 87% expressed their belief in God. The decline is largely based on political affiliation and age. “Belief in God has fallen the most in recent years among young adults and people on the left of the political spectrum (liberals and Democrats),” the firm found.

The decline in
religious beliefs
is one of many politically polarizing trends in the United States. Belief in God fell by just 3 points among Republicans, whereas Democrats experienced a substantially greater decline of 12 points. The numbers are roughly the same when you look at ideology instead of party affiliation. Conservatives faced an insignificant 1-point decline versus liberals’ 11-point decline, and self-identified moderates reported a 3-point decline.

By no means is there any lack of socially progressive churches. The Episcopalian Church supports the ordination of women to the priesthood and expanded marriage rites to same-sex couples across all of its dioceses. The United Methodist Church allowed its
denomination to be split
because of internal divides over same-sex marriage.

National religious institutions are caving to demands on social issues at the behest of liberals. Yet those demanding changes are not rewarding these churches with attendance. Church attendance has fallen to an
all-time low of 29%
, and there is no sign of a sudden reversal.

Blame is often placed at the feet of the religious Right. Indeed, liberals are not the only ones to make this claim. In 1981, former Sen. Barry Goldwater (R-AZ) pointed fingers at evangelicals when
he declared he would “fight them every step of the way”
as faith-based organizations increased their influence under Ronald Reagan’s presidency. “I don’t like the New Right,” he said. “What they’re talking about is not conservatism.”

Goldwater at least had a point. The commodification of religion via the rise of megachurches and televangelists has scarred the face of religious institutions within America. Joel Osteen’s “Inspiration Cube” should be considered an embarrassment, but it is very real, and it has been used to fund Osteen’s Lakewood Church.

However, televangelists are not representative of Christianity, and most Christians understand this.

“I’m frankly sick and tired of the political preachers across this country telling me as a citizen that, if I want to be a moral person, I must believe in A, B, C or D,” Goldwater said. Here is where his argument falls apart. The notion that religion should not be tied to someone’s morals nor be used as the motivating and unifying principle of a group flies in the face of American social movements. These arguments are exclusively invoked against today’s religious conservatives, but this is very much at odds with the history of Christians leading the push to abolish slavery. It is at odds with Dr. Martin Luther King Jr.’s Southern Christian Leadership Conference, which helped unite the civil rights movement throughout the 1960s.

These examples illustrate the power that religion had in pushing forward necessary changes in culture and policy. Abolishing slavery and ending segregation were steps toward both American principles and Christian ideals. King’s Christian worldview motivated his work and shaped his beliefs.

Over at FiveThirtyEight, authors Amelia Thomson-DeVeaux and Daniel Cox
argue that the religious Right is pushing liberals away
from Christianity.

“For one thing, several studies that followed respondents over time showed that it wasn’t that people were generally becoming more secular, and then gravitating toward liberal politics because it fit with their new religious identity,” the authors write. “People’s political identities remained constant as their religious affiliation shifted.”

See also  Ban congressional stock trading? Sure, but why stop there

Even if this is true, it does not indicate that somehow, the problem is with religion or with today’s believers. The fact is, contemporary progressivism is increasingly reliant on principles that cannot transcend political institutions. Liberalism is, ultimately, a religion in itself, which attempts to supplant and replace belief in God and other spiritual truths. Rather than confronting and reconciling their personal lifestyles with their former religions, liberal ideologues simply replace their religion with their political views.

There is some work the religious Right can do to address this issue. Christians should be wary of gatekeeping salvation from those that actively seek it out, regardless of their political ideology.

Yet, we should not let public opinion define our faith. Churches that bend to the worldly demands of liberal activists are clearly not doing themselves any favors. The fact that the Left views its beliefs and aims as incompatible with religion, a replacement for religion, is not the fault of the Right. It’s time to stop acting like it is.

“Bet a Bottle of Champagne”: Arnold Schwarzenegger Once Tricked Ex-Navy SEAL and Wrestler Into...

Maria Friedman On Why Daniel Radcliffe Was Born to Play Charley Kringas in Merrily...

So how much WILL Harry make from his record-breaking memoir?

Lucas Hedges | We Suppose It Begins With Trees — Flaunt...

Ruben Randall - December 30, 2022 0
Actor
“I think our culture has an obsession with becoming worse to get better,” Hedges allows, “Maybe it can be measured very simply, in...