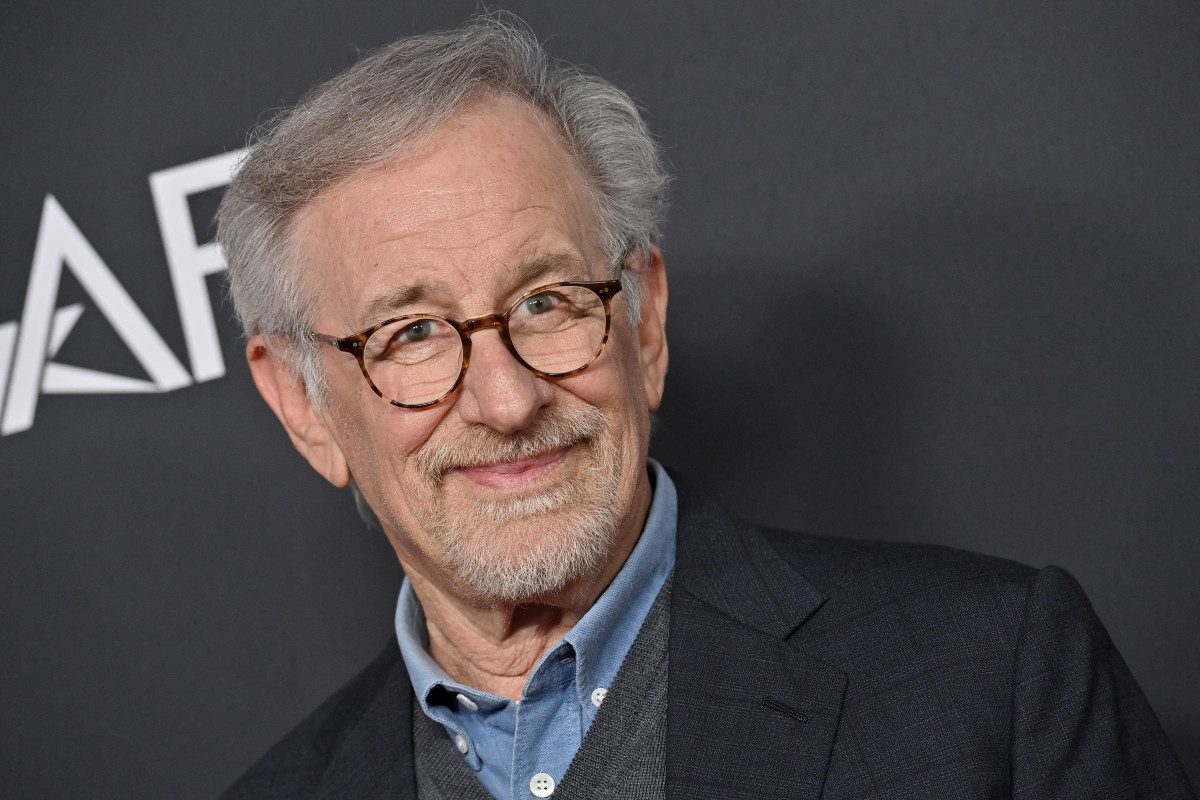 Steven Spielberg’s net worth comes from decades of making movie magic. As the curtain rises on the groundbreaking, hyper-ambitious filmmaker’s Oscar contender The Fablemans, we’re taking a look at his jaw-dropping net worth, and the career highlights that made the Cincinnati-born cinematic auteur behind such classics as E.T.: The Extra-Terrestrial, Jurassic Park and the Indiana Jones saga (just to name a few) one of the wealthiest people in entertainment.

Spielberg was rejected from USC Film School three times before revolutionizing the Hollywood landscape in the 1970s, spearheading an infamously complicated production to helm the first-ever summer blockbuster Jaws. He’s remained atop Hollywood’s A-list in the decades since, and seven of his films are already preserved in the National Film Registry.

Here’s a closer look at Steven Spielberg’s net worth and media empire, and how he built both.

Related: The Best Movie Directors of All Time

What is Steven Spielberg’s net worth?

In addition to being one of the most respected, instantly recognizable names in the industry, Spielberg is one of the wealthiest producer/directors in Hollywood. Forbes estimates Steven Spielberg’s net worth at $4 billion. He has an annual income of around $150 million.

Related: The 100 Best Movies of All Time, Ranked

“I don’t dream at night, I dream at day, I dream all day; I’m dreaming for a living.” – Steven Spielberg

How much money have Steven Spielberg’s movies made at the box office?

Spielberg’s films have grossed an astounding $10.1 billion worldwide, making him the top-grossing director of all time, even without adjusting for inflation. Avengers: Endgame directors Anthony and Joe Russo follow with $6.84 billion.

What are Steven Spielberg’s top-grossing films?

These are the director’s highest-grossing films (worldwide, unadjusted for inflation), counting down from No. 10 to No. 1.

How much money did Steven Spielberg make from Jurassic Park?

The iconic director often takes a low upfront salary in return for a backend portion of profits, which is how he netted an estimated $250 million (about $360 million today) for the original Jurassic Park. He was paid roughly $150 million for sequel The Lost World, and $75 million for 2001’s Jurassic Park III (which he didn’t even direct).

In 1994 (in the wake of Jurassic Park becoming the highest-grossing movie ever and the first to gross a billion dollars), Spielberg co-founded DreamWorks Pictures with Jeffrey Katzenberg and David Geffen. The studio has produced or co-produced such diverse successful films as Amistad, The Ring and Spielberg’s Minority Report. DreamWorks Animation has released some of the highest-earning animated pictures ever, including the Shrek, Madagascar and How to Train Your Dragon series.

DreamWorks is a label of Amblin. Spielberg had previously co-founded Amblin Entertainment (the year before E.T. became the highest-grossing movie of its time) in 1981 with producers Kathleen Kennedy and Frank Marshall.

How much does Steven Spielberg make consulting?

In addition to his massive media empire, Spielberg is a consultant for the massively successful Universal Studios international franchise. This amounts to $30 million per year in “consulting fees.” There are three Universal Studios parks: in Hollywood, Florida and Japan.

How much does Steven Spielberg make from Star Wars?

Even though Spielberg hasn’t so much as a credit on Star Wars, he’s made millions of dollars from the franchise, thanks to his long-term friendship with colleague George Lucas. Lucas and Spielberg both directed high-profile sci-fi films in 1977—Star Wars and Close Encounters of the Third Kind, respectively.

Before its 1977 release, everyone (including Lucas) thought the strange, fantastical and unprecedented Star Wars might be a box-office bomb. As part of a decades-spanning friendly rivalry, Lucas and Spielberg reportedly traded two and a half percent of the back-end profit from their two movies; Spielberg got the better end of the deal. Close Encounters performed well at the box office; Star Wars obliterated most box-office records and spawned one of the top brands in modern history.

Related: The 50 Best Movie Posters of All Time

How much did Steven Spielberg make for Schindler’s List?

Would you believe nothing? Many of Spielberg’s best-known films are genre, but it’s important to remember key career moments of virtually silencing any remaining critics—like his adaptation of Alice Walker‘s The Color Purple, the underrated and entirely masterful Munich—and of course Oscar-winning 1993 Holocaust biopic Schindler’s List, frequently cited as one of the finest films ever made.

After trying unsuccessfully to encourage other major directors to helm the film, Spielberg reluctantly chose to direct his most ambitious and mature film to date. He famously refused a salary, saying it would be “blood money.” Instead, Spielberg used the film’s profits in perpetuity to found the USC Shoah Foundation, established in 1994 to honor and remember survivors of the Holocaust. (Spielberg is also affiliated with such charities as the Make-A-Wish Foundation, International Medical Corps and Women’s Cancer Research Fund.) Schindler’s List won seven Oscars, including Best Director for Spielberg and Best Picture.

What is Steven Spielberg’s next movie?

Spielberg’s latest release is the semi-autobiographical bildungsroman The Fabelmans alongside Tony Kushner, who wrote the screenplays for Munich and West Side Story. The Fabelmans cast includes Seth Rogen, Michelle Williams and Paul Dano. The Fabelmans opens Nov. 23, 2022.

Next, check out the best science fiction movies of all time, ranked.