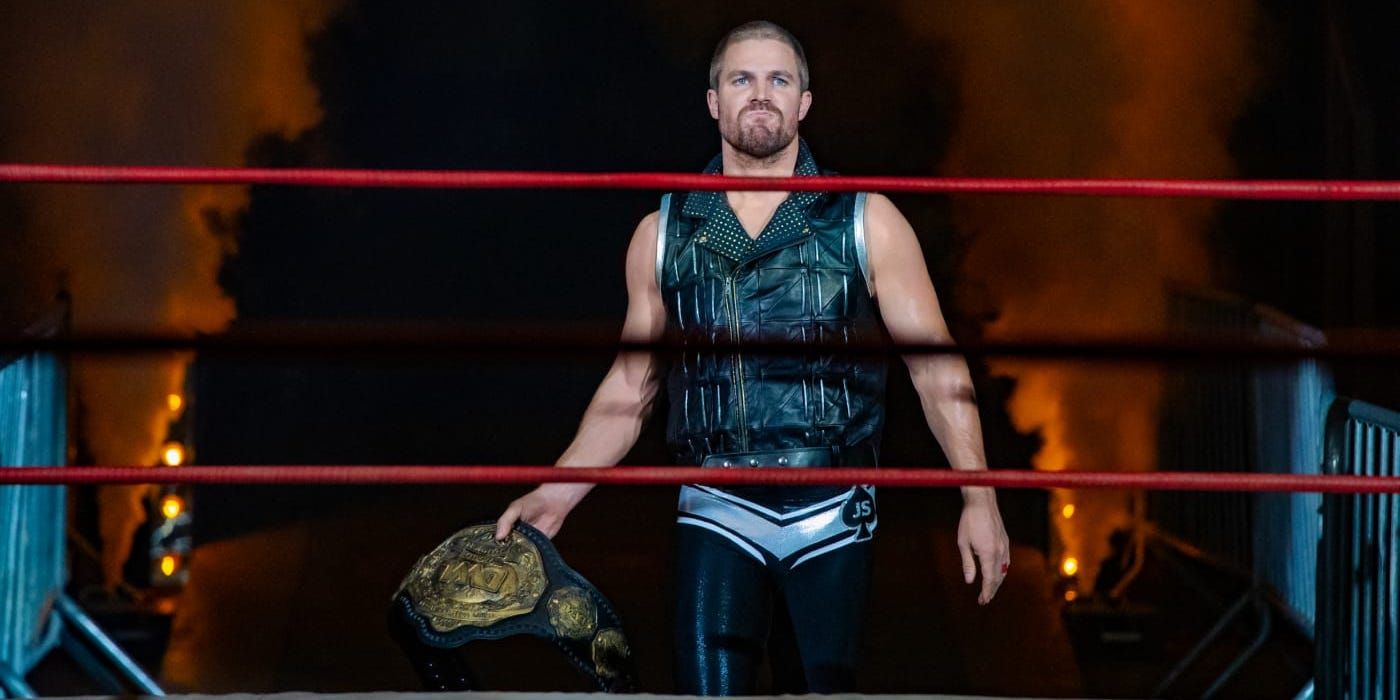 Stephen Amell confirms that Heels season 2 has started filming, offering a look behind the curtain of the Starz wrestling drama series.

Stephen Amell has confirmed that Heels season 2 has begun filming. The drama series, created by Michael Waldron, premiered on Starz in August 2021. The story takes place in a close-knit Georgia community and places small-town professional wrestling at its center. In particular, over the course of Heels season 1, the series centered around the family-owned wrestling promotion of Duffy Wrestling League. In early episodes, two brothers Jack and Ace Spade (played by Amell and Alexander Ludwig, respectively) go to war in an attempt to honor the legacy that their late father left behind.

Heels season 2 was confirmed back in November, with Mike O’Malley continuing as showrunner. It was also announced that Trey Tucker and Robby Ramos, who previously recurred as Bobby Pin and Diego Cottonmouth, had been promoted to serious regulars. In the months since, the cast of Heels has shared previews of their preparations for the upcoming episodes. Amell, in particular, posted a video to share that he’d begun training to get back between the ropes for the wrestling drama show. In this earlier video, the actor also noted that filming for Heels season 2 was slated to begin in March.

Now, right on schedule, Amell has posted a photo on Twitter to confirm that filming has started on Heels season 2. The tweet from the Arrow alum included a photo, which revealed that Peter Segal will direct the premiere episode. Segal, an executive producer on the show, also directed many episodes of the first season 1. Check out the photo below.

See also  Ben Platt talks about being back on tour

Heels season 1, in addition to featuring guest appearances from a number of wrestlers, most notably CM Punk and hardcore legend Mick Foley, ended on a few cliffhangers. Once again, in a recurring theme throughout the season, Jack and Ace were unable to set aside their differences. This allowed Crystal Tyler (Kelli Berglund) to get the spotlight all to herself in a shocking moment, after being overlooked and under-appreciated all season. And, on a more dramatic front, Jack’s focus on wrestling caused Staci Spade (Alison Luff) to reach a breaking point.

Viewers were split on how well the Starz show depicted the world of professional wrestling, with some believe that Heels season 1 perhaps veered too often into the melodramatic. But in its character interactions, and in the moments between Staci and Jack, especially, the show showed a degree of emotional intelligence and restraint that bodes well for Heels season 2. With production now officially underway, it shouldn’t be too long before more details are shared about what’s in store for Jack, Ace, Staci, and the rest of the interesting characters that populate the small Georgia town.

More: The Best Part Of Heels WASN’T The Wrestling


Abdullah Al-Ghamdi joined Screen Rant in August 2019, focusing on movie and television news. In January of the same year, he wrote a 3500+ word piece on why Primo Colón is underrated. He considers it his finest work. When he’s not arguing for the merits of his favorite wrestler, he can be reached at: [email protected]

Ruben Randall - November 4, 2022 0
Celebrity
It’s Harry Potter Week at RSVLTS (The Roosevelts) and the pop culture fashion brand is celebrating “The Chosen One” with a second collection of...