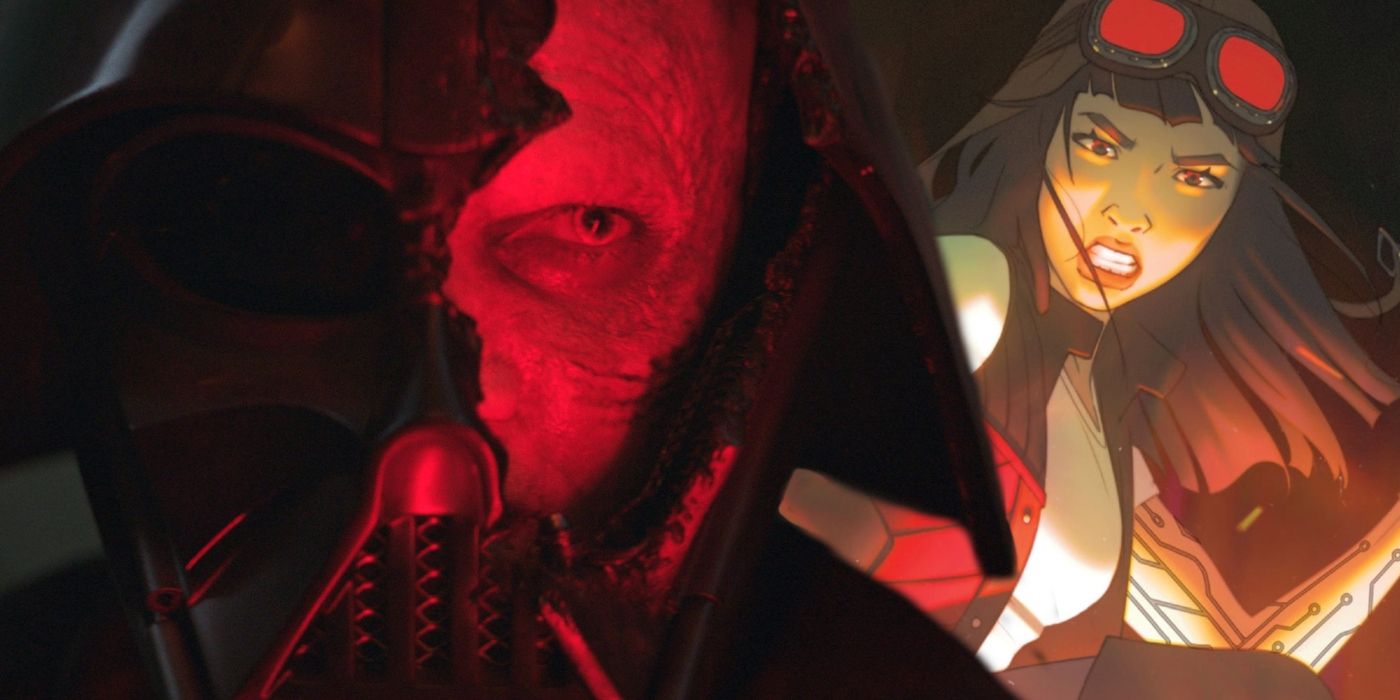 While the Force is a cosmic current of universal energy that can be manipulated by a chosen few, there is one power that rivals that of the Force.

Warning! This article contains spoilers for Star Wars: Doctor Aphra #26There are few things more powerful than the Force within the Star Wars universe as it is the manipulation of the universal currents of cosmic energy, though there is another seemingly otherworldly agency present in the galaxy far, far away that easily gives the Force a run for its money in terms of power–and it’s known as the Spark Eternal.

The Spark Eternal is artificial intelligence that was created by Miril–the leader of a Dark Side cult known as the Ascendant–to replicate the power of the Force. While the Force is essentially malleable cosmic energy, the Spark Eternal has the ability to interface with and control any piece of technology in the galaxy, and all it takes is simple contact for the Spark to take over. If someone were to manipulate the Spark as Force-sensitive people can use the Force, then they’d be one of the strongest people in the galaxy as everything runs on advanced technology–from the spaceships and droids to even cybernetic enhancements in people. However, unlike the Force (to a certain extent) the Spark Eternal has a mind, and will, of its own–and it is incredibly hostile.

In Star Wars: Doctor Aphra #26 by Alyssa Wong and Minkyu Jung, the morally-gray space archeologist, Doctor Aphra, is possessed by the synthetic consciousness that is the Spark Eternal all while her consciousness is trapped deep within her repressed mind. While Aphra tries to find her way out of this particular predicament, her body is being used by the Spark Eternal to cause mayhem as it plans to take control over every piece of technology it comes across–including the murderous droids Triple-Zero and BT-1–and use them to take over the galaxy. By the end of the issue, the Spark-possessed Aphra flies away in her ship after having destroyed the space station it was previously on–stating that it now needed to “find ourselves a Sith” in order to carry out the next stage in its plan.

Star Wars’ Spark Wants to Take Over the Galaxy, & It Definitely Could

While the ending of this issue is a bit grim, it is also the most realistic scenario given the established power of the Spark. Without even consciously doing it, the Spark can bring pieces of tech under its control and use them however it sees fit, and that piece of tech brought into the collective could then infect another piece of tech that it touched, and so on and so forth. The Spark can spread itself like a virus through the machine-based society of the Star Wars galaxy, and not even the strongest Force users are safe from its grasp. This presumably means that the Spark should have no trouble against someone like Darth Vader, as much of his body and his entire suit is composed entirely of manipulatable technology for the Spark to sink its proverbial teeth into. Not only that, but the Spark could create a droid army the likes of which the galaxy had never seen before with every member of that army infecting more and more pieces of technology on every planet they invade. This hive mind would engulf the galaxy like a plague, and no one would be able to stop it.

At this point in Star Wars canon, the Spark Eternal has a viable host, the capacity to take control over everything tech-based by way of a literal virus, and a burning desire to do just that–making it easily the strongest and most dangerous non-Force power in the galaxy.