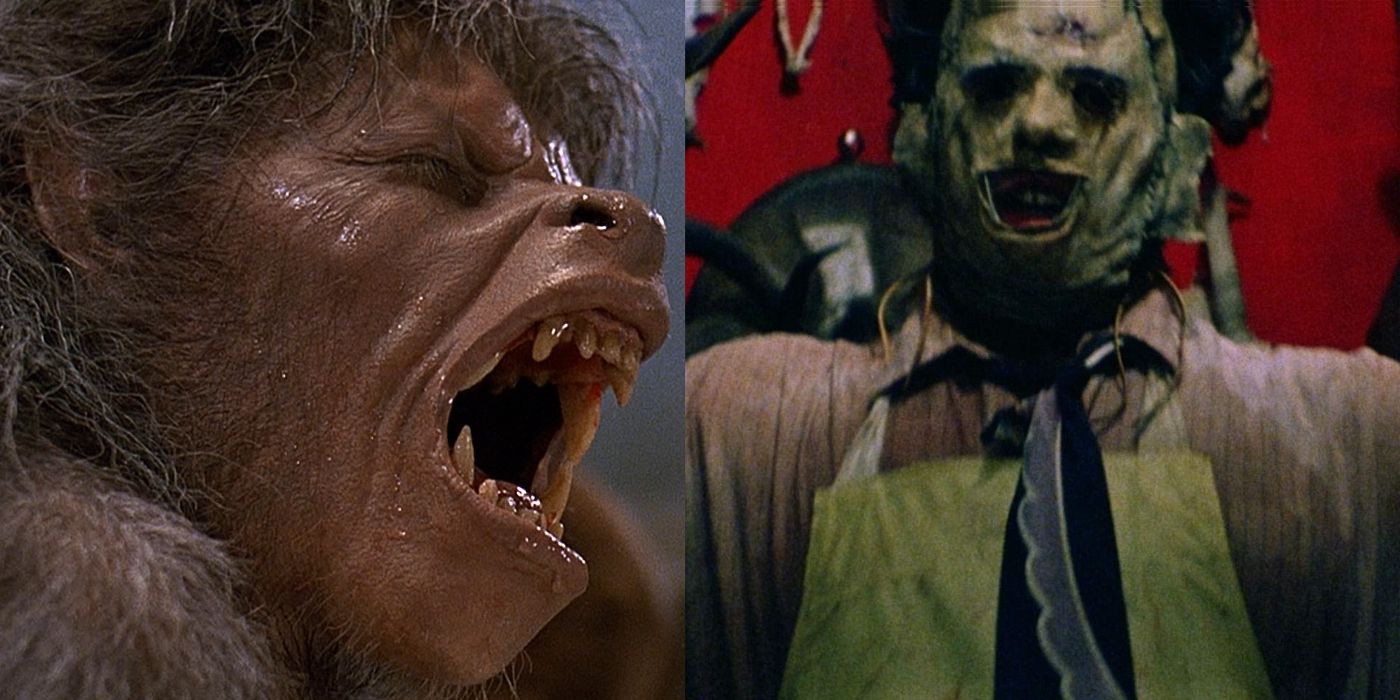 Stanley Kubrick is often hailed as one of the all-time master film directors: a fastidious perfectionist whose films continue to inspire and influence new generations of filmmakers. Of course, Kubrick’s adaptation of Stephen King’s The Shining is considered one of the most terrifying horror movies on record. But the director was also inspired by fellow horror films and filmmakers working at the top of their game.

RELATED: 10 Things In The Shining That Still Hold Up Today

Thanks to a BFI retrospective in collaboration with Criterion, Stanley Kubrick’s favorite movies have been named. It’s no surprise that he names some of the scariest horror movies ever made, but there are a few others that many have never heard of.

Released in 1921, The Phantom Carriage is a phantasmagoric Swedish ghost story directed by Victor Sjostrom. The plot follows a drunken man on New Year’s Eve who hitches a ride in a spectral horse carriage, which ferries the souls of the dead. The silent film is all about evoking a moody atmosphere with its brilliant use of light and shadow.

Aside from the Swedish lore from which the story derives, Kubrick must have felt pretty strongly about the film considering The Shining is, on the surface, also about an alcoholic dealing with ghosts. Below the surface, though, is where some of the best Shining fan theories come to light.

From a horse carriage to a creepy baby carriage — like many, Kubrick also greatly admired Rosemary’s Baby, one of the most unnerving tales of devil worship and satanic ritual sacrifice. The story follows a young couple who moves into a new apartment in New York, only to be slowly and systematically groomed by their evil neighbors to give birth to satan’s spawn.

According to Insider, Warner Bros. offered Kubrick the chance to direct The Exorcist. He turned the gig down, opening the door for the great William Friedkin to deliver arguably the scariest horror movie ever made. Clearly with no hard feelings, Kubrick named the film among his favorites.

Winner of two Oscars, The Exorcist currently ranks #224 on IMDb’s Top 250, cementing its lasting legacy as one of the most venerated horror films of all time. What makes the horror resonate so deeply is the way in which the story begins as a compelling straightforward drama, allowing the true terror to fester in the same way Kubrick does with The Shining.

Kubrick also gives some love to Tobe Hooper’s shoestring salvo of maniacal murder in the original Texas Chainsaw Massacre. The director tended to adore high production value and elegant European arthouse productions, so to see him favor such a grimy, low-budget DIY terror is a real treat.

The film follows a quintet of teens traveling through Texas, only to stop near a rural farmhouse inhabited by Leatherface, a deranged maniac who wields a chainsaw and sports human faces for a mask. No film of Kubrick’s resembles the fiendish ferocity of TCM, which makes his admiration even more of an outlier on his list and interesting.

While Kubrick also really loved Picnic at Hanging Rock, Peter Weir’s previous film, The Cars That Ate Paris, is more of an overt horror movie. With a darkly comedic bent, the story is set in Paris, Australia, where the townsfolk deliberately cause grisly car accidents so they can keep their economy going by repairing the wreckages.

According to BFI via The Sound of Pictures by Andrew Ford, Kubrick actually suggested Weir to WB as a candidate to direct Salem’s Lot based on his love of the two aforesaid films. Ironically, Salem’s Lot went on to be helmed by Tobe Hooper.

Kubrick constantly named David Lynch’s directorial debut, Eraserhead, as his favorite movie at the time of its release, and Lynch has even recounted a great antidote about the fact. Prior to making The Shining, Kubrick implored his cast and crew to watch Eraserhead and draw inspiration from David Lynch’s surreal directorial style.

As such, the scene in The Shining where Jack Torrance (Jack Nicholson) stumbles backward out of Room 237 as the bathtub hag closes in on him is very redolent of the scene in Eraserhead where the title character (Jack Nance) also walks in reverse back into the hall.

The second and final horror comedy to make Kubrick’s grade is the John Landis classic, American Werewolf in London. Part fish-out-of-water comedy and part gory animalistic body horror, the fusion of laughter and lethality here is second to none.

The story tracks two young American tourists in London who are accosted by a vicious werewolf that none of the locals will acknowledge as real. The werewolf transformation is arguably the best of its kind, thanks to Rick Baker, who won the very first official Oscar for Best Makeup.

Neil Jordan’s dreamy adult retelling of the Little Red Riding Hood fairytale as a metaphor for a woman’s pubescent awakening, Kubrick felt strongly about the underrated horror film, The Company of Wolves. Oddly enough, it’s the second consecutive werewolf movie on his compilation in terms of chronology.

In fact, Kubrick loved the production design of the film so much he immediately its department head, Anton Furst, to serve the same role on his next movie, Full Metal Jacket.

According to Kubrick’s long-time friend and assistant, Jan Harlan (via BFI), the master filmmaker watched the 1988 Dutch horror film The Vanishing three times and told director George Sluzier it was “the most horrifying movie I’ve ever seen.” When the director asked Kubrick if he thought it was scarier than The Shining, he said it was.

One of the best kidnapping thrillers ever made, The Vanishing follows a couple on vacation who stop for gas. When the woman suddenly disappears without a trace, the husband is left searching for answers. Three years later, he receives cryptic letters from his wife’s abductor, ultimately learning she has been buried alive.

The late great Jonathan Demme earned the respect of Kubrick’s filmmaking acumen when the master director named The Silence of the Lambs among his favorite movies. Indeed, winner of the Big 5 Academy Awards, the 1991 Best Picture transcends genre to become an all-time great character study of both Clarice Starling (Jodie Foster) and Hannibal Lecter (Anthony Hopkins). It’s also downright mortifying.

As fans can see, despite his isolated and detached nature, Kubrick was just as big a cinephile as his audience and was unafraid to draw inspiration from the movies that impacted his life. His eclectic taste in high and low-brow horror certainly paid dividends in The Shining.

NEXT: 10 Things In The Silence Of Lambs That Still Hold Up Today

Every Jenna Ortega Horror Movie Ranked From Worst To Best

Robyn Lively on close bond with sister Blake Lively, how Hollywood is ‘trying so...

Antonio Brown net worth: What is the fortune and salary of...

Ruben Randall - October 8, 2022 0
Money
He may currently be without an NFL team, but Antonio Brown remains a regular fixture in the headlines due to various controversies. In just...