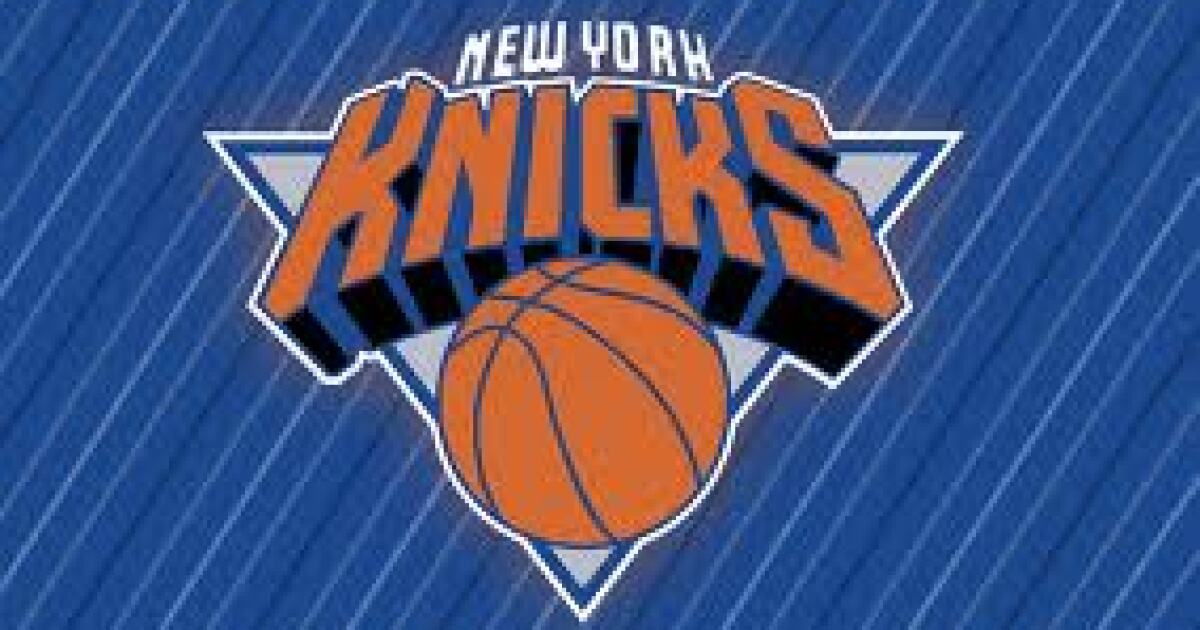 The Boston Celtics look nothing like the team that was at .500 on Jan. 28.

Jayson Tatum scored 11 of his 26 points, a nearly perfect first quarter that highlighted the Celtics’ 125-97 rout of the Jazz. Boston hit its first 10 shots of the game, including six 3-pointers, on the way to jumping out to a 28-12 lead. Jaylen Brown also added 26 points and Marcus Smart finished with a career-high 13 assists as the Celts continued their purge toward homecourt advantage in the first round of the NBA playoffs.

Checking out Wednesday’s other NBA action:

Deandre Ayton poured in a career-high 35 points and had 14 rebounds, leading the Suns to a 125-116 win over the Timberwolves. Devin Booker and Landry Shamet came up big in the second half as Phoenix reduced its magic number to one for wrapping up homecourt advantage in the playoffs. Booker scored 22 of his 28 points after halftime, and Shamet delivered 10 of his 19 points in the fourth quarter.

Joel Embiid and James Harden carried the 76ers past the Lakers, 126-121. Embiid had 30 points and 20 rebounds, James Harden added 24 points in Philadelphia’s fifth win in seven games. Tyrese Maxey added 21 points against the Lakers, who played without LeBron James because of knee soreness.

Desmond Bane scored nine straight points to allow the Grizzlies to pull away in the fourth quarter of a win over the Nets, 132-120. De’Anthony Melton matched Bane’s 23 points, while Dillon Brooks finished with 21 as Memphis played without leading scorer Ja Morant. Kyrie Irving led the Nets with 43 points, while Kevin Durant finished with 35.

Jordan Poole scored 30 points and the Warriors opened the second half on a 19-0 run to beat the Heat, 118-104. Damion Lee, Jonathan Kuminga and Andrew Wiggins each scored 22 points for the Warriors, who got 11 points from Gary Payton II and 16 rebounds from Kevon Looney. Kyle Lowry scored 26 points, Bam Adebayo had 25, Jimmy Butler finished with 20.

The Mavericks rolled to a 110-91 win over the Rockets as Jalen Brunson furnished 28 points and Spencer Dinwiddie added 26. Dinwiddie had 19 points by early in the second quarter, and Brunson scored 16 in the third as the Mavericks quickly went in front for good after trailing 53-52 at halftime. Dallas won without Luka Doncic, who rested his sore right ankle.

Charlotte’s five-game winning streak is over after RJ Barrett scored 30 points and the Knicks made 20 3-pointers in a 121-106 victory over the Hornets. Obi Toppin had 18 points and 11 rebounds, while Alec Bunks chipped in with 17 points for the Knicks. LaMelo Ball had 32 points and nine rebounds in the loss.

The Pistons had eight players score at least 10 points in their most lopsided win of the season, 122-101 against the Hawks. Jeremi Grant provided 21 points and Cade Cunningham added 17 with eight assists in Detroit’s second win in eight games. The Pistons opened the second half on a 16-4 run to go ahead by 20.

Dejounte Murray had 28 points before sitting for the final quarter of the Spurs’ 133-96 thrashing of the Trail Blazers. Keldon Johnson added 26 points for the Spurs, who are still in the mix for a play-in game in the Western Conference with three wins in their last five games. San Antonio finished with 19 3-pointers, matching their season high and just one shy of the franchise record.

Theo Maledon scored 17 of his 25 points in the fourth quarter of the Thunder’s 118-102 win versus the Magic. Tre Mann and Isaiah Roby each scored 21 points to help Oklahoma City end a 10-game losing streak. OKC took control by opening the second quarter on a 20-2 spurt.

The Kings pulled out a 110-109 win over the Pacers on Damian Jones’ tip-in with 0.2 seconds remaining. Davion Mitchell scored 25 points and Chimezie Metu had a career-high 22 as the Kings snapped a three-game losing streak. Buddy Hield led the Pacers with 25 points.

The Denver Nuggets have agreed to a multiyear contract extension with coach Michael Malone.

He ranks third in team history with 309 coaching wins and is fourth in playoff victories over seven years in Denver.

Denver is closing in on its fourth straight postseason appearance despite the absence of point guard Jamal Murray and sharpshooter Michael Porter Jr.

Kyrie Irving can finally suit up at Barclays Center.

New York City Mayor Eric Adams will announce Thursday that he’s exempting athletes and performers from the city’s vaccine mandate for private workers, effective immediately. That will let Irving play at home for the Brooklyn Nets again and allow unvaccinated members of the New York Yankees and Mets to play baseball in their home ballparks.

Irving had been barred from playing in New York and Toronto for refusing to get vaccinated. The Nets have just six home games remaining in the regulation season.

The Kansas City Chiefs have traded the wide receiver to Miami for a package of draft picks. The Dolphins immediately gave the three-time All-Pro a $120 million, four-year contract extension.

The Chiefs will get the Dolphins’ first- and second-round picks along with their fourth-rounder in this year’s draft, and fourth- and sixth-round picks next year.

In other NFL news:

The Titans have acquired wide receiver Robert Woods from the Rams for a sixth-round pick in 2023, a deal that creates salary cap room for Los Angeles. The nine-year veteran tore his left ACL in practice on Nov. 12, his first significant injury of his career. Woods has played 125 games with 570 catches for 7,077 yards and 35 touchdowns with Buffalo and the Rams.

Cornerback Malcolm Butler is returning to the Patriots, where he went from Super Bowl star to the bench. His agent says Butler accepted a two-year deal worth up to $9 million. The 32-year-old Butler sat out last season for personal reasons and was placed on the reserve/retired list by the Cardinals.

The Cowboys have re-signed defensive tackle Carlos Watkins, tight end Jeremy Sprinkle and punter Bryan Anger. Watkins started 14 games for the Cowboys last season, but his re-signing is more likely about depth with Dallas expecting Neville Gallimore and Osa Odighizuwa to start. Anger made his first Pro Bowl in his Dallas debut after setting a club record with a 44.6-yard net average on punts.

The 49ers have re-signed free agent defensive lineman Jordan Willis to a one-year contract. Willis had 5 1/2 sacks with 28 tackles and one forced fumble in 17 games for San Francisco over the past two seasons. Willis was suspended for the first six games last season for violating the league’s policy on performance-enhancing drugs.

Al Michaels and Kirk Herbstreit will be the announcing team when Prime Video takes over “Thursday Night Football” in September.

New York Yankees slugger Aaron Judge is disappointed that a deal to avoid a potential arbitration hearing wasn’t reached before contract figures were exchanged. But Judge says he hopes that fluid conversions on a one-year deal or long-term contract can be completed before opening day on April 7.

Judge has asked New York for $21 million this season, while the Yankees have offered $17 million, up from more than $10 million last year. He can become a free agent after the World Series.

In other MLB news:

The Red Sox have announced their signing of former Rockies shortstop Trevor Story to a six-year contract that was hammered out on Sunday. The two-time All-Star will play second base in Boston, leaving shortstop for Xander Bogaerts. Story batted .251 with 24 homers and 75 RBIs for the Rockies last season.

The Rangers have renewed the contract of All-Star outfielder Adolis Garcia for the upcoming season and signed their 28 other pre-arbitration eligible players to one-year deals. Garcia hit .243 with 31 homers and 90 RBIs last year, his first full big-league season.

Bryan Shaw is on his way back to Cleveland’s bullpen after accepting a one-year contract. The rubber-armed reliever led the majors with 81 appearances last season. Shaw went 6-7 with a 3.49 ERA in 2021.

The Pittsburgh Penguins moved a little closer to the Metropolitan Division lead, but they left a point on the table in Buffalo.

Tage Thompson scored twice in regulation before providing the lone shootout goal in the Sabres’ 4-3 victory over the Pens. Thompson put the Sabres ahead 61 seconds into the third period, but the Penguins tied it on Kris Letang’s power-play goal with 4:56 left in regulation.

Pittsburgh ended a three-game winning streak and moved within two points of the division-leading Hurricanes.

Pierre Engvall scored a short-handed goal with 4:42 left to send the Maple Leafs past the Devils, 3-2. Ilya Mikheyev also had a short-handed tally and Mitch Marner furnished a goal for Toronto, which got 20 saves from Petr Mrazek.

The Vegas Golden Knights’ trade of forward Evgenii Dadonov to the Ducks has been voided by the NHL because Anaheim was on his no-trade list.

Vegas tried to trade Dadonov and a future second-round pick to Anaheim for injured defenseman John Moore and the contract of center Ryan Kesler. The goal was to clear salary cap space that could be used to activate captain Mark Stone and defenseman Alec Martinez off long-term injured reserve.

It was not immediately clear why NHL Central Registry approved the deal when it was filed prior to the trade deadline Monday.

The teenage Russian figure skater at the center of a doping scandal at last month’s Beijing Olympics will skate in an exhibition tournament in Russia starting Friday.

Fifteen-year-old Kamila Valieva won Olympic gold in the team competition before finding out that she tested positive for a banned substance before the Beijing Games began.

She was allowed to compete in the singles competition at the Olympics despite her positive test in part because of her status as a minor and finished fourth.

Russian athletes have since been banned from international competition following their country’s invasion of Ukraine.

1996 Kentucky Derby winner Grindstone has died at age 29. Grindstone was briefly the oldest winning Derby winner after the death of 1994 winner Go for Gin earlier this month. Grindstone won the marquee race for 3-year-olds on a photo finish for trainer Wayne Lukas and jockey Jerry Bailey. He was retired from racing days later and had a prodigious stud career.

Nicole Kidman & Maya Erskine To Star In ‘The Perfect Nanny’ At HBO –...

James Corden Net Worth Explored as He is Set to Bid...

Here’s everything we know about the death of Young Dolph –...