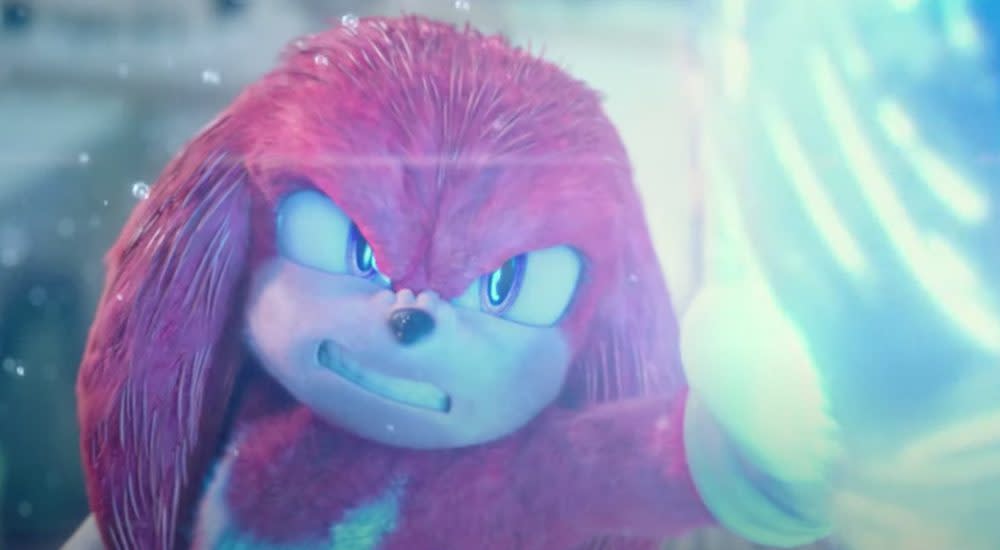 A “Sonic the Hedgehog” series about Knuckles is in the works at Paramount Plus.

The announcement was made as part of the ViacomCBS (now Paramount) investor day presentation. Idris Elba, who will voice Knuckles in the upcoming second “Sonic” film, will voice the character again in the series. Like the films, the series will be live-action. It will be produced by Sega and Paramount and will launch in 2023.

“Sonic the Hedgehog 2” will debut in theaters on April 8. It was also announced that a third film is in the works, which can be read about more here.

“For more than three decades, Sonic the Hedgehog’s universe of vibrant, unique characters has generated one of the most passionate fanbases,” said Brian Robbins, president and CEO of Paramount Pictures & Nickelodeon and chief content officer of Movies, Kids & Family for Paramount Plus. “We look forward to continuing our collaboration with Sega, Neal Moritz, and all our creative partners as we explore additive ways to holistically scale the Sonic the Hedgehog franchise across platforms and captivate its loyal audience around the world.”

For Elba, this is not his first foray into television. The British actor is known for his past roles on shows like “Luther,” “The Wire,” and many more. He has primarily focused on films in recent years, starring in critically-acclaimed dramas like “Beasts of No Nation,” “The Harder They Fall,” and “Concrete Cowboy.”

Based on the global blockbuster videogame franchise from Sega, the “Sonic the Hedgehog” film series tells the story of the world’s speediest hedgehog as he embraces his new home on Earth. The first installment of the film series was released in February 2020. It tells the story of Sonic (voiced by Ben Schwartz) and his new best friend Tom (James Marsden), who team up to defend the planet from the evil genius Dr. Robotnik (Jim Carrey) and his plans for world domination.

Will there be a ‘Schitt’s Creek’ movie? Here’s what Sarah Levy has to say

Sheryl Sandberg is stepping down as Meta’s COO. Here’s how she got her start...

Ruben Randall - February 12, 2022 0
TV/Movies
Minneapolis (KROC AM News) - A Minneapolis teenager who was shot on a city sidewalk has died.Police said the 15-year-old was standing by or walking...