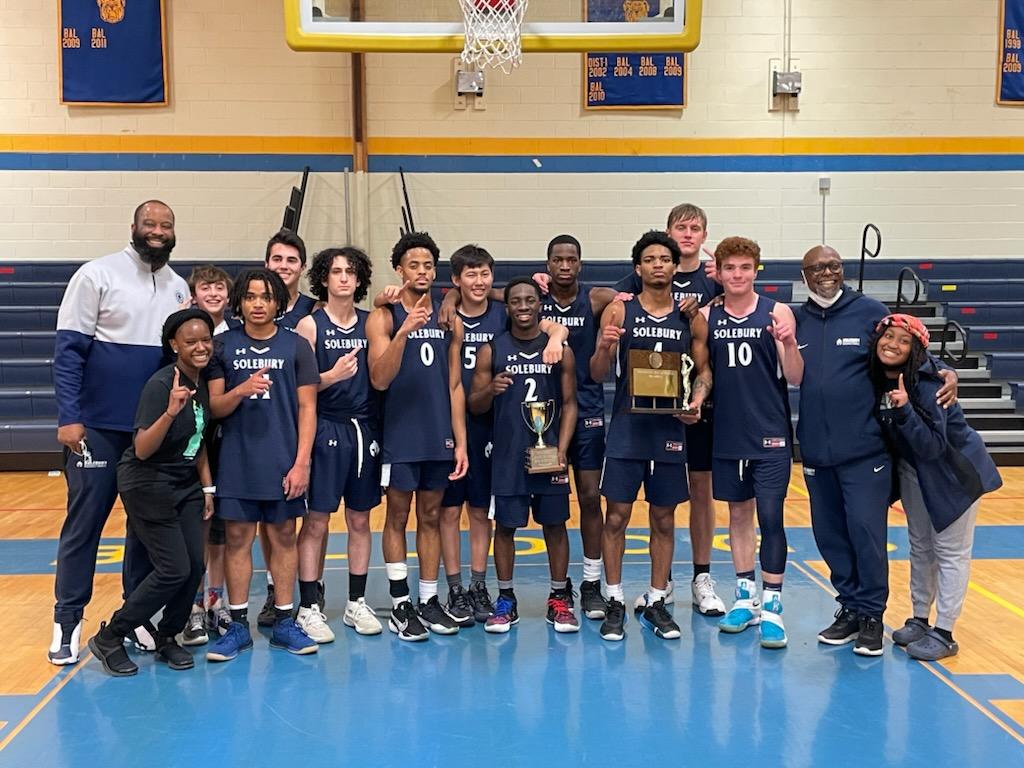 The Thursday evening main event at Morrisville High School presented a standard plot for Coach Cleve Christie’s squad — suit up then warm up with all eyes on their opponents’  vertical advantages.

Not news. Solebury (20-7) regularly presented a smallish lineup and just enough players for a small bucket brigade to contain a dumpster fire. Add an injury or two and Christie’s prayers rose toward St. Jude — patron saint of lost causes.

“We were regularly outsized and outmanned but this team fought like warriors,” praised Christie.

“Tonight (Thursday), we played great defense for three quarters but then got a little sloppy. We put them in the bonus. Still, we hung in there, proud of my guys.”

Pride came earlier in the week when Christie’s team refused to fall, winning a 61-56 overtime semifinal victory against Cristo Rey.

Jalen Cline, a Long Island native, hit a 3-pointer to tie the game just ahead of the buzzer. Cristo Rey submitted in overtime.

Not so with LCA as Burlington County’s respected squad and program fell behind by seven early but leveled the score at 14-14.

Still, Solebury led throughout and breezed to an eight-point lead (42-34) to start the final quarter. LCA flipped three consecutive treys for a 43-42 lead.

Next, LCA went inside to Shivers and Hawkins who had terrorized Spartans with dunks and put backs throughout.

“They were studs not duds,” offered Christie.

A frantic ending ensued as LCA missed the back end of two foul shots in the closing six seconds.

A wild flurry followed with bodies down underneath the LCA basket. Solebury emerged as champions with an earned motto — bigger they are, the harder they fall.

“We reached a number of our goals this season,” said Christie, who remains one of the top scholastic New Jersey coaches.

“We won the Tipoff Tournament,  beat Peddie,” always a trophy worth mentioning, “won the League Championship and posted a 20-win season.”

“Happens With Everybody in Our Family”: Arnold Schwarzenegger’s Daughter Accepted the Obvious Fact About...