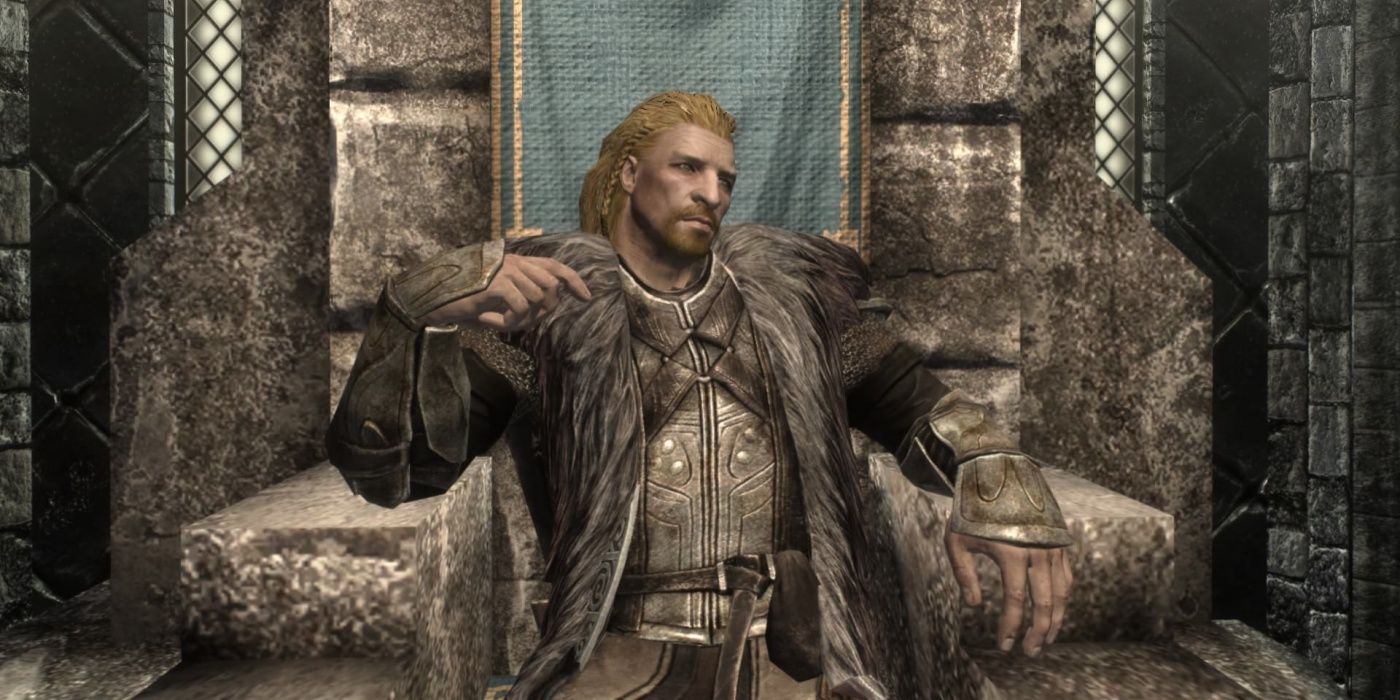 An Elder Scrolls 5: Skyrim player recently designed and shared a detailed map of Tamriel that outlines each region’s political affiliations.

An Elder Scrolls V: Skyrim fan created a political map of Tamriel that color codes the political affiliations of each region in the open-world game. The Elder Scrolls’ political landscape counts among the most fascinating facets of the mythos. Such a topic especially takes centerstage during games like Skyrim and The Elder Scrolls Online, with each one boasting captivating war plots. In Skyrim, for instance, a civil war breaks out following the regicide of High King Torygg at the hands of the Stormcloaks.

The Elder Scrolls 5: Skyrim launched on PC, PS3, and Xbox 360 over a decade ago, providing a groundbreaking adventure that forever changed the trajectory of western role-playing games and open-world experiences. Such an influence appears most evident in other genre-defining games, namely the likes of The Witcher 3: Wild Hunt and The Legend of Zelda: Breath of the Wild. But the incredible world of Skyrim presents players with more than wide-open spaces to explore and bite-sized adventures to embark on. Beneath its shiny exterior sits deep political storytelling that continues to intrigue Elder Scrolls faithful.

Earlier this week, Reddit user and devoted Elder Scrolls 5: Skyrim fan StoutCriw (via GameRant) shared the political map of Tamriel they created. The map revolves around 4E 201, the fourth era wherein the High King is felled by the machinations of Ulfric Stormcloak. Each region on the user-made map is divided and color-coded based on its political affiliations. Thus, StoutCriw marked the northeastern most area in purple to denote the region of Morrowind. Skyrim’s Argonian Kingdoms, which appear just below Morrowind, bear the color green. Meanwhile, red represents the Mede Empire’s wide-spanning influence. Check out the full map in the following Reddit post:

StoutCriw’s efforts are nothing short of impressive, especially when considering the intricacies of Tamriel’s politics in The Elder Scrolls 5: Skyrim. Hopefully, Bethesda Game Studios greatly expands upon these threads of political lore in The Elder Scrolls 6. Deeper exploration into the effects of the Skyrim Civil War, or the Stormcloak Rebellion, could prove particularly interesting, for example.

Bethesda Softworks and developer Bethesda Game Studios celebrated Skyrim’s 10th anniversary late last year by rolling out yet another version of the RPG – The Anniversary Edition. Skyrim Anniversary Edition came packed with new features, including the addition of fishing mechanics, Survival Mode, hundreds of Creation Club mods, and fresh customization options. While the sixth mainline entry entered the spotlight several years ago, there’s still no word on when exactly it will be ready for primetime.

Next: Skyrim: How to Become a Vampire-Werewolf Hybrid

See also  9Things to do in Denver and Colorado this weekend: March 11-13

Ruben Randall - February 19, 2022 0
TV/Movies
HBO has been producing some of the best content for television for years. From scripted shows like Succession, Big Little Lies, and Euphoria...