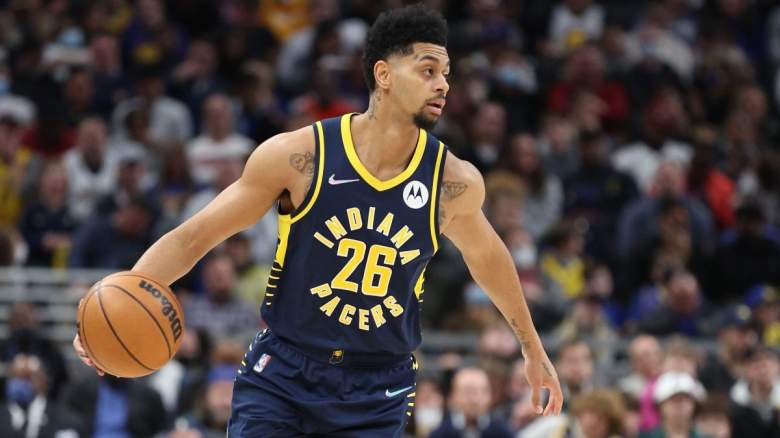 The Philadelphia 76ers are a much better team than the one that ended last season – James Harden saw to that.

But, with multiple veteran role players still available in free agency, there’s an opportunity for Daryl Morey to continue rebuilding the Sixers roster. According to Bleacher Report’s Zach Buckley, one player the Sixers should be interested in acquiring is Jeremy Lamb – a veteran wing who can help boost the second unit’s firepower.

Should the Sixers have interest in any of these NBA FREE AGENTS?

“The 30-year-old makes net-shredding look effortlessly smooth. He also doesn’t need a ton of floor time to fill it up. He averaged double-digit points in four of the past five seasons despite logging just 24.3 minutes per night over that stretch. His three-ball is streakier than you’d like, and his defense isn’t worth mentioning, but he’d be out of the price range if he didn’t have those warts,” Buckley wrote in his July 21 article.

Lamb split his time between the Indiana Pacers and Sacramento Kings last season, averaging 7.3 points, 2.8 rebounds, and 1.4 assists while shooting 38.3% from the field and 32.4% from deep.

What Would Lamb Bring to Philadelphia?

Standing at six-foot-five with a six-foot-eleven wingspan, Lamb has all the tools to be a capable perimeter defender, and while he hasn’t shown that ability at his previous stops, the opportunity to contend for a championship could allow him to find a new commitment to defense in the upcoming season.

See also  Cameron Diaz On Coming Out Of Retirement

Jeremy Lamb keeps the Hornets in playoff race with THIS pic.twitter.com/3EAQFrKEUw

Still, Lamb’s bread-and-butter is his offense, more specifically, his ability to pressure the rim and punish shooting pockets in the midrange. This past season the veteran wing converted 76% of his attempts within four feet of the basket and nailed 43% of his mid-range attempts.

Analytics might not favor the mid-range jumper, but the fact of the matter is that once the post-season begins, and teams adopt more drop coverage, having a player who can come off the bench and exploit the space between the perimeter and big man is vital, and that’s a role Lamb has proven capable of filling throughout his 11 years in the NBA.

If Morey and Doc Rivers aren’t sold on Lamb as a potentially impactful addition, they do have other options at their disposal. According to Jason Dumas of Bleacher Report, the Sixers are weighing up their option in a potential move to acquire former Miami Heat enforcer Markieff Morris.

Source: Markieff’s preference is to play for the Philadelphia 76ers. Markieff grew up in North Philadelphia and won a Philly Public League & two PA State Titles at Prep Charter. The Sixers are still weighing their options but have given this a thought. https://t.co/JJUAjYRNrN

“Markieff’s preference is to play for the Philadelphia 76ers. Markieff grew up in North Philadelphia and won a Philly Public League & two PA State Titles at Prep Charter. The Sixers are still weighing their options, but have given this thought,” Dumas Tweeted on July 18.

Morris participated in 17 games for the Heat last season – primarily due to a neck injury – but when on the floor, the veteran averaged 7.6 points, 2.6 rebounds, and 1.4 assists while shooting 47.4% from the field.

Morris could be a better option for the Sixers than Lamb, given his willingness to play two-way basketball and sacrifice for the team. However, it looks like Morey is being judicial with who he pursues, as he looks to build a contending roster around Joel Embiid and James Harden, so we may have to be patient before seeing any further acquisitions.