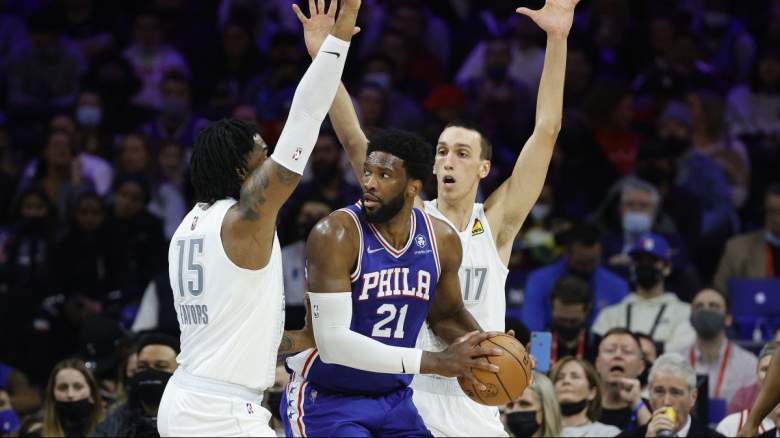 Heading into the offseason, there are multiple avenues Daryl Morey can take in hopes of upgrading the Philadelphia 76ers roster. If he is looking to create more cap space, trading Tobias Harris could be on the horizon.

Currently, Harris is the Sixers’ highest-paid player at $37.6 million. While he has proven to be a vital piece to the locker room, that is a steep price tag to pay for a non-All-Star. Given his massive contract, finding a trade partner for the 29-year-old will be no small task.

In a recent article for Spotrac, Keith Smith cited the Oklahoma City Thunder as a possible destination for Harris. They already have the cap room to take on his deal, and their treasure chest of assets makes them a good partner to help orchestrate a multi-team deal. OKC also has a veteran on their roster who could fill a much-needed role for the Sixers next season.

One thing to keep and eye on, if Harris is on the move: look for the Oklahoma City Thunder to be part of a deal. They have over $20 million in cap space that’s essentially going to expire after the draft. The Thunder might look to use some of that to bring in a player that could help them inch forward, while also adding assets, or to facilitate a three-team trade. If there’s a trade involving OKC and Harris, look for Derrick Favors to possibly move to Philadelphia, as that would take care of the backup big situation for the Sixers.

Along with adding depth at the wing position, another crucial role for the Sixers to fill this offseason is at backup center. While Joel Embiid has changed the narrative around him being injury prone, they still need a capable big man to throw out there when the All-Star center is resting.

Outside of a trade for Favors, Smith listed some potential free agent targets that can fill in as Embiid’s backup. One of the names mentioned was NBA journeyman Robin Lopez. The 33-year-old averaged 7.1 PPG, 3.5 RPG, and 1.5 APG in 36 games for the Orlando Magic.

If the Sixers want to bring in a quality backup for Embiid, they’ll be able to get one for MLE money. The center market has several good options. Players like Robin Lopez, Thomas Bryant or Damian Jones would be good fits for 15 minutes a night behind Embiid.

Paul Reed Getting an Opportunity

If the Sixers are looking for a cheap option for Embiid’s backup, they might already have that on the roster. Paul Reed hasn’t gotten many opportunities with the Sixers, but after how he performed in the playoffs, that could begin to change.

In the postseason, Reed averaged 3.7 PPG and 3.8 RPG while playing about 12 minutes a night. The energy and physicality he brings to the floor provided a lift to the lineup in the Sixers’ opening-round matchup with the Toronto Raptors.

Similar to Tyrese Maxey, Reed has built a reputation of being a hard worker. The former G-League MVP has already set his goals for the offseason and will be looking to build off his taste of playoff basketball.