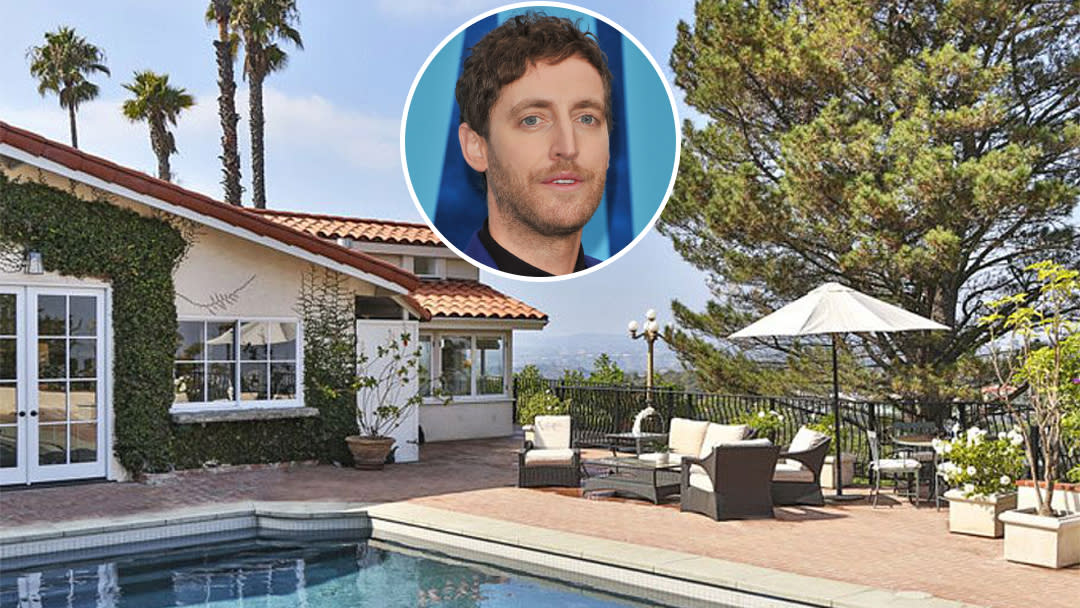 In real life, Thomas Middleditch seemingly bears little resemblance to the neurotic yet affable geek he portrayed for six seasons on the hit HBO series “Silicon Valley.” Back in 2019, the controversial Canadian actor/comedian made headlines for a risqué Playboy interview in which it was revealed he’d proposed a “nontraditional” open marriage to his wife of more than four years, costume designer Mollie Gates; Middleditch also let it slip that they’d visited swingers’ clubs together.

Perhaps unsurprisingly, Gates filed for divorce soon after the Playboy interview was released, citing irreconcilable differences. The terms of the divorce, which was finalized this past April, allowed Middleditch to retain ownership of not one but two L.A. residences, plus a mountain retreat in Big Bear and another in his hometown of Nelson, British Columbia. But his personal headaches have continued, with Middleditch accused of sexually harassing women at a now-shuttered goth club in Los Angeles.

The 39-year-old — who you also might recognize from those ubiquitous Verizon Wireless commercials — has now sought out new real estate pastures, recently selling his marital Hollywood Hills home for $2.4 million. Simultaneously, he’s plunked down $4.5 million for larger and swankier bachelor pad digs in a different and more desirable part of the hills.

Built in 1971, but since updated, his newly acquired Hollywood Hills home has a third of an acre of land, with decorative arches spanning the entire front of the Spanish-style terracotta roof and stucco structure. A wide set of steps leads up to the front door, which opens into a little more than 2,900 square feet of living space. French doors throughout overlook the pool area, plus stunning mountain and city lights views.