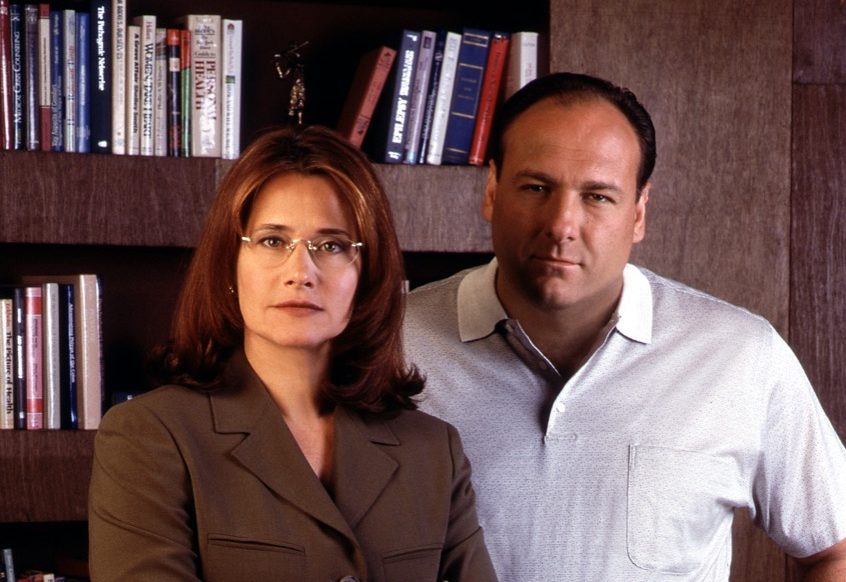 For seven years, Lorraine Bracco played Dr. Jennifer Melfi, psychiatrist to mob boss and probable sociopath Tony Soprano (James Gandolfini) on HBO’s groundbreaking series The Sopranos. Already known for her role in another mafia-related hit, Goodfellas, Bracco has continued to act in both crime dramas and other works in the years since the celebrated drama left the air, not all of them quite so violent. Keep reading to learn about the surprising family-friendly turn her career has taken, and see her now, at age 67.

READ THIS NEXT: A.J. From The Sopranos Quit Acting & Has a Totally Different Job Now.

After the end of The Sopranos, Bracco continued acting, appearing in another long-running series. In addition to making guest appearances on shows including Lipstick Jungle, Law & Order: Criminal Intent, and Bojack Horseman, the actor played the mother of Detective Jane Rizzoli in the procedural Rizzoli & Isles from 2010 to 2016. She also was a regular on Blue Bloods, playing Mayor Margaret Dutton, and played Tim’s mom on the comedy series Jerk. Bracco appeared in a number of TV movies, as well, and returned to film in 2016’s Monday Nights at Seven before stepping back into mafia-themed media with 2021’s Birthday Cake.

Most recently, she appeared in two family-oriented releases: the Hallmark Channel’s Welcome to Mama’s and the new live-action Pinocchio, from director Robert Zemeckis. In the latter, Bracco lends her distinctive voice to Sofia, a seagull character created specifically for the new version, who befriends Jiminy Cricket and helps Pinocchio through his misadventures.

While still on The Sopranos, Bracco released her first book, the memoir On the Couch, discussing her life, career, and messy divorce from Harvey Keitel in 2006. After her parents died nine days apart following illnesses in 2011, she was inspired to focus on her own health and ultimately write a second book.ae0fcc31ae342fd3a1346ebb1f342fcb

“It was a very sad time for me watching them suffer,” she said on MyLitTV while discussing her writing. “I saw after we buried them that I was going to do everything to maintain a really healthy lifestyle.”

Turning this time to the self-help genre, Bracco’s To the Fullest: The Clean Up Your Act Plan to Lose Weight, Rejuvenate, and Be the Best You Can Be focuses on the plan for healthy eating and wellness that she followed to lose the 35 pounds she gained during her parents’ illnesses. Released in 2015, the book also discusses how losing former co-star Gandolfini to a heart attack at age 51 served as a wake-up call, with Bracco writing, “Jimmy’s death contributed to my decision to motivate others to take care of themselves.”

When a small town in southwestern Sicily announced it would auction 16 properties with bids starting at one euro as part of a plan to revitalize its population in early 2019, Bracco emailed the mayor to help her make the purchase of the lifetime. She ultimately bought an abandoned Italian villa in Sambuca di Sicilia for that bargain-basement price (as well as the €50,000 house next door). With plans to spend part of the year there, the daughter of an Italian-American father and British mother spent several months renovating the 200-year-old property, which was in a dilapidated state and lacked basic utilities. As promised in her “cheeky” email to the mayor, Bracco’s project was documented by HGTV in a three-episode series, My Big Italian Adventure, which aired in 2020.

For more celebrity updates sent right to your inbox, sign up for our daily newsletter.

This February, Bracco showed her support for Girl Scouts Troop 6000, comprised of girls from the NYC shelter system, by purchasing boxes of Girl Scout Cookies and encouraging others to do the same. The cookies were in turn donated to The Felix Organization, a nonprofit that provides opportunities to children in foster care that Bracco (pictured above with designer Vera Wang earlier this year) has supported for years as an Honorary Chair.

Bracco is the mother of two daughters—Margaux Guerard, a marketing consultant from her first marriage, and Stella Keitel, who, like her mother’s Sopranos character, spends her days counseling patients as a psychologist at a Manhattan practice, from her relationship with Keitel. Bracco also has two granddaughters who not only inspired her to create a ping pong room in her villa, but also motivated her to step away from some of the crime drama roles she is known for and into her recent Hallmark and Disney roles.

“The fact that I can have some kind of movies in my lifetime to show my two grandchildren makes me very happy because I have a lot of movies that I can’t show them,” she told Monsters & Critics in February.

While she may still be on the lookout for more wholesome material, Bracco seems to be interested in a variety of roles. She will play an opioid-addicted shut-in who strikes up an unlikely friendship with an orphaned Syrian refugee in the forthcoming indie drama Jacir, and then appear in a possibly more grandkid-friendly role opposite Mel Gibson and Mason Thames (The Black Phone) in the “indie fantasy adventure thriller” Boys of Summer.

Lost Ark Players Get Queue Errors Even After Server Maintenance

Teen Mom Briana DeJesus breaks down in tears as she reveals...

Ruben Randall - September 3, 2022 0
TV/Movies
TEEN Mom's Briana DeJesus has broken down in tears as she revealed a scary medical diagnosis fans didn't know about. The explosive new trailer for...