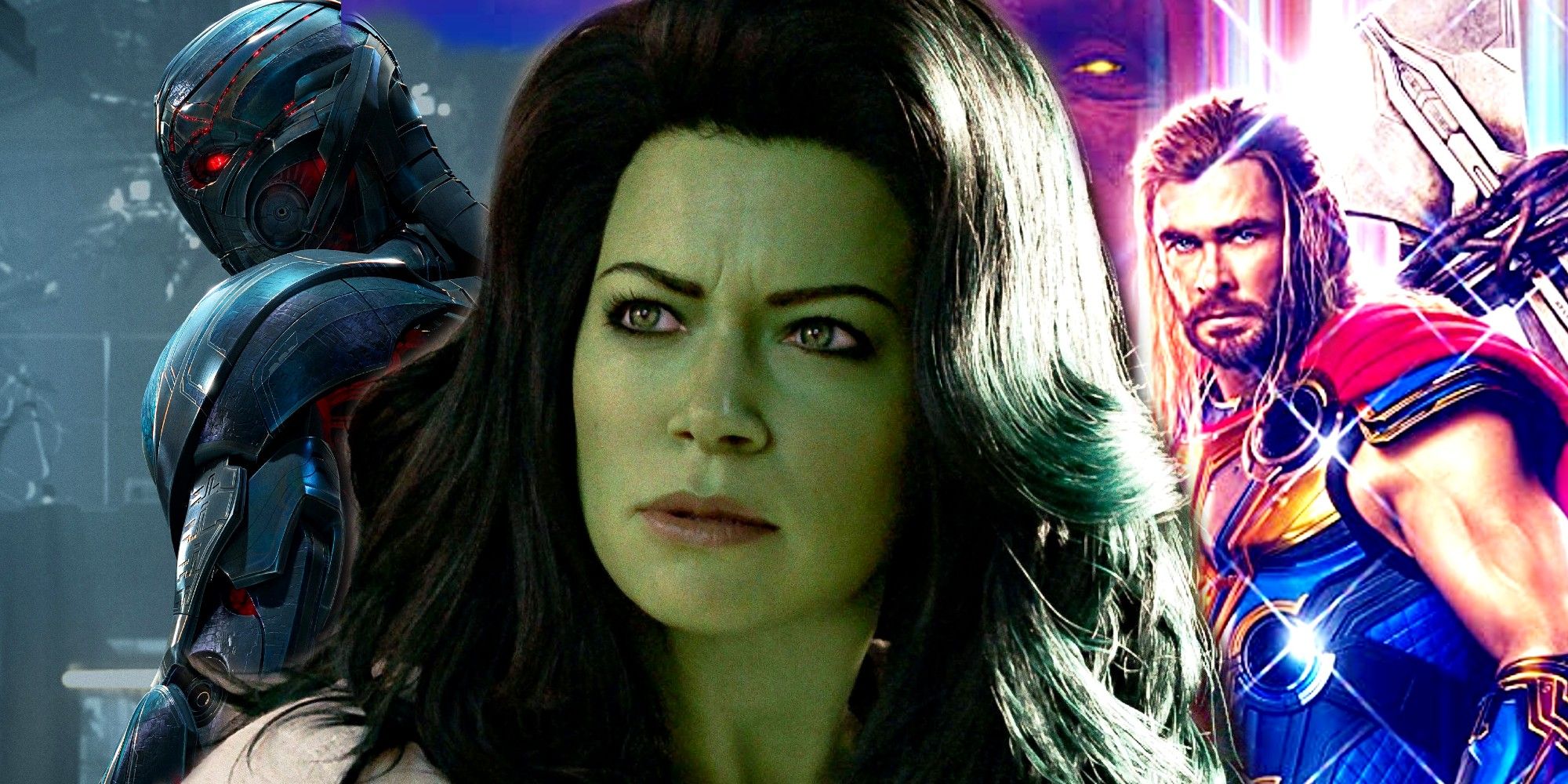 An answering machine message created for She-Hulk: Attorney at Law’s viral marketing campaign features a number of nods to other MCU heroes and films.

An answering machine message created for She-Hulk: Attorney at Law‘s viral marketing campaign features a number of nods to other Marvel Cinematic Universe heroes and films. The Disney+ series will see Tatiana Maslany take on the role of gamma-powered lawyer Jennifer Walters. She-Hulk: Attorney at Law will debut on the streaming service on August 17th, 2022.

In She-Hulk, Walters is a lawyer who represents the superpowered individuals of the MCU when they find themselves in legal trouble. The series will follow Maslany as she has to balance her new superhero identity with her career, seeing her interact with existing characters like her cousin, Bruce Banner (Mark Ruffalo), the Abomination (Tim Roth), and current Sorceror Supreme Wong (Benedict Wong), as well as new characters like Titania (Jameela Jamil). While the series is also rumored to contain a number of celebrity cameos, a recent piece of viral marketing focuses instead on She-Hulk: Attorney at Law’s wider MCU connections.

As shared by the She-Hulk Updates fan account on Twitter, a new poster released at San Diego Comic-Con 2022 features a phone number that fans can call in order to hear a message recorded by Jennifer herself. In the answering machine message, created for the in-universe Superhuman Law Division, Jennifer and an unnamed character advertise their services, referencing Tony Stark’s (Robert Downey Jr.) creation of Ultron (Jame Spader), as well as property damage left behind by Thor’s (Chris Hemsworth) usage of the Bifrost. The message also hints that Jennifer has represented superpowered individuals in the past, referring to possible previous clients. Check out the video below.

The recording is a creative way to further pique audience interest in the show ahead of its release and is actually fairly apt for the character. In the comic books, Walters, much like Deadpool, often breaks the fourth wall to speak directly to the readers and comment on her own stories. So this sort of meta, self-aware branding is perfectly in line with the character.

As teased in the first trailer, She-Hulk: Attorney at Law will see Jennifer’s entry into the world of superhero legal matters be a tough one, with recently released images teasing a courtroom fight that will see both sides of Jennifer’s personality collide. While the series already has a number of confirmed MCU cameos, the viral marketing campaign number has now also teased the sorts of cases that would be commonplace for a superhero lawyer, from the world-altering events of a city’s destruction to small, less-serious cases of property damage. With She-Hulk: Attorney of Law set to debut in a few weeks, the show’s viral marketing is a fun piece of real-world crossover that firmly roots the show within the MCU.


Nathan is a News Writer for Screen Rant with a wide-ranging interest in all forms of pop culture media, but whose fascination with storytelling began with film. After watching behind-the-scenes features and commentaries on DVDs throughout his childhood, Nathan would go on to learn more about production and writing, eventually graduating with a degree in Film Studies in 2021. Hoping to one day tell stories himself, Nathan is particularly interested in how stories can affect people in ways that empower and inspire them.
As well as consuming varied forms of media, such as film, television, video games, comics, and books, Nathan is also passionate about fan creativity, having grown up in fan spaces surrounded by various fan creations, such as artwork, stories, video edits, and analysis. This has further inspired him to create his own pieces in tribute to his favorite characters and stories.
A passionate collector and heavily invested fan, Nathan’s most notable interest is in the Star Wars franchise, but he is also fond of other series such as Marvel, Doctor Who, Final Fantasy, Persona, and the Kingdom Hearts franchise, leading to him knowing way too much random trivia about each series.

Ruben Randall - October 14, 2022 0
Money
Miley Cyrus and Maxx Morando have been dating for a year, increasing the public's interest in the latter. As Morando has been making a...