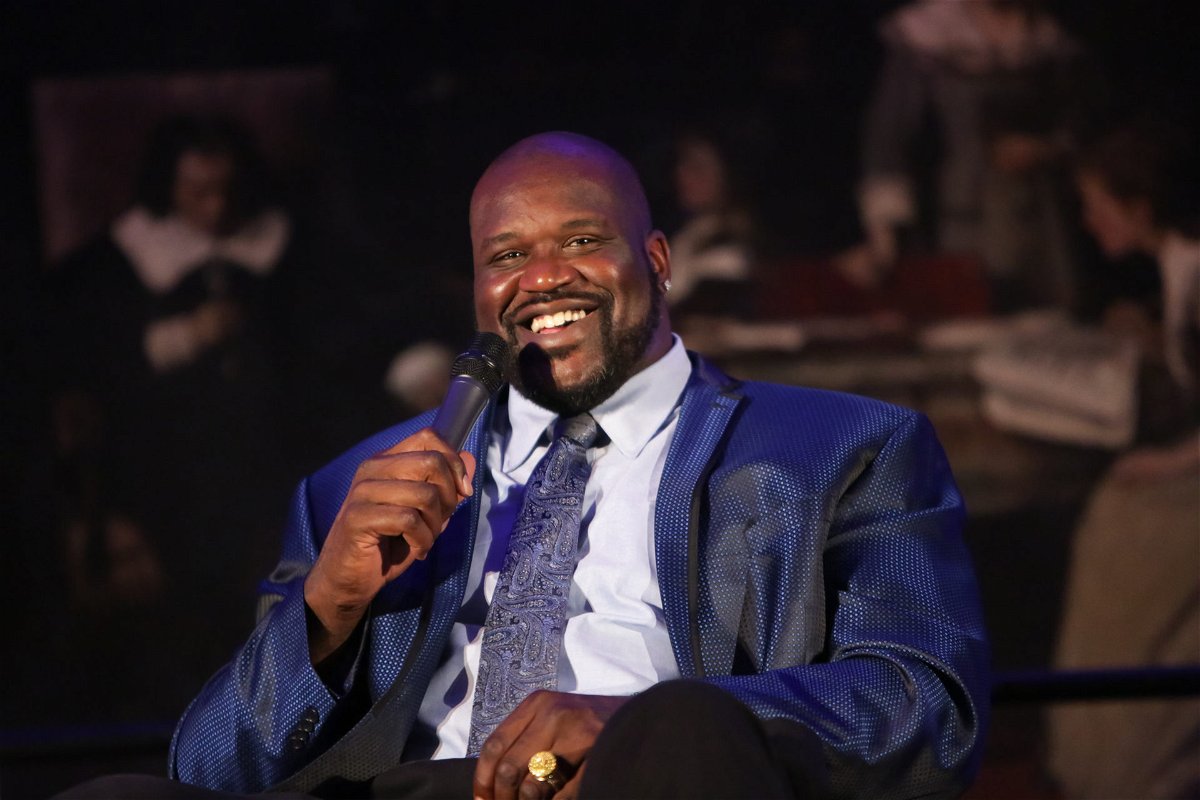 Shaquille O’Neal, who was diesel on the court and off the court, was a business tycoon. O’Neal owns various real estate properties worth fortunes and other business ventures. Being responsible for his investments, Shaq once foolishly spent $1 million in an hour. O’Neal made more than half of his current net worth in his NBA career.

Being wealthy and successful is a result of hard work and smart decisions. For Shaq, his income rains from his investments in the early days as well. Though O’Neal still can’t resist flexing his $400 million net worth.

Shaquille O’Neal mocks journalist with his $400 million worth

In an episode of the Big Podcast with Shaq, O’Neal gave Nischelle a little taste of his income. While asking what kind of Wi-Fi Nischelle had, O’Neal referred to her boyfriend’s apartment.

“… she got a wire from her boyfriend’s one-bedroom apartment,” said O’Neal.

Shaquille O’Neal owned a Florida mansion which he had sold for $11 million. Compared to living in a one-bedroom apartment, Shaq owns gigantic properties. This was a hilarious joke cracked by Shaq, though Nischelle did not take it personally.

Shaq is also known to contribute to charity. He goes around grocery marts to help people in need. He does so as not an act to get attention, but simply to help others.

Shaq helping around others

O’Neal once loaned John Salley $70 thousand and did not want it back. Not only his teammates but also he paid for someone’s jewelry once. Growing up, Shaq knew how hard it was to make a living. Watching his hard-working mother as a kid, Shaq learned to give back to the community first.

O’Neal also had learned about saving and investing money, his first investment being Google. This early investment helped him increase his income as he still holds his shares in the company.

WATCH THIS STORY: Shaquille O’Neal Has a Four Word Message for Will Smith and Jada Smith After Oscars “Slapgate”

What are your thoughts on Shaq’s million-dollar investments? Do let us know in the comments.

Not Tom Cruise or Beyonce, but it is George Clooney and...

Ruben Randall - November 8, 2022 0
Money
George Clooney is an Oscar-winning actor, director, screenwriter, and producer and undoubtedly one of the world’s most good-looking men. We couldn’t help but notice...