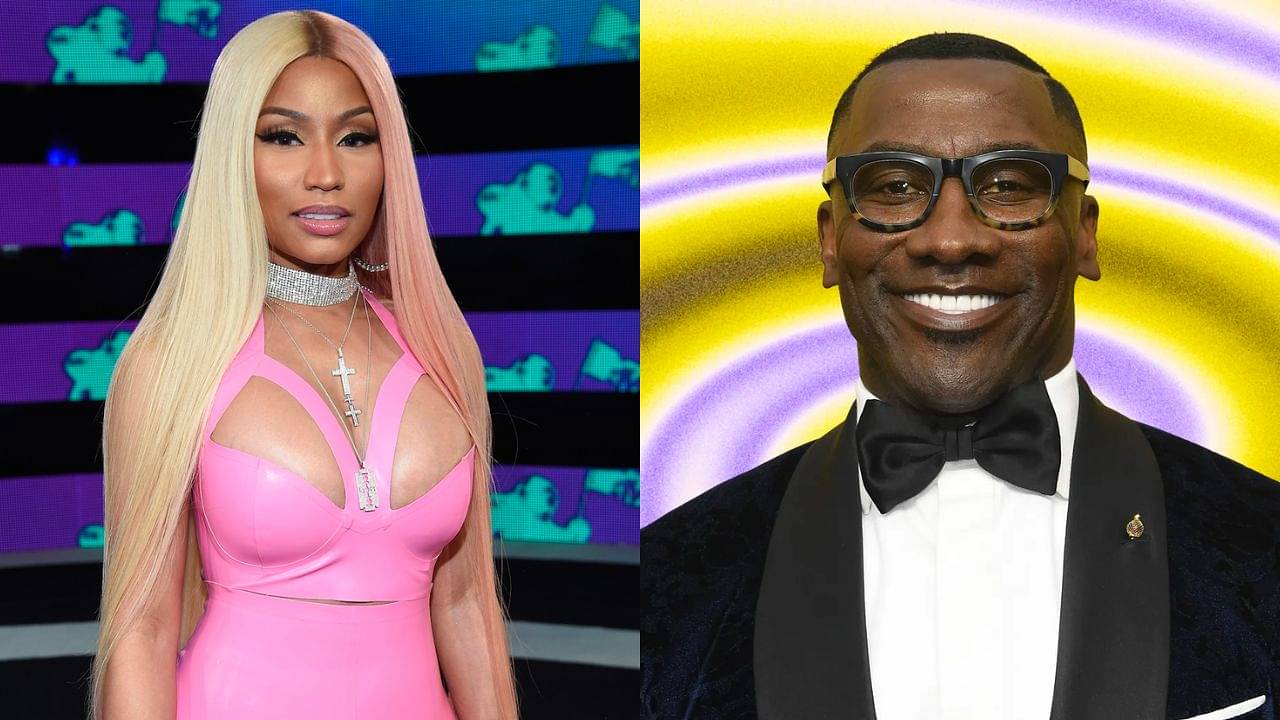 Shannon Sharpe is an entertaining media personality, and he once took it too far with Nicki Minaj in front of an NFL legend.

The former Denver Broncos legendary tight end now works as an analyst on Fox Sports. He’s most notably known for his role on ‘The Undisputed’ alongside Skip Bayless where they debate and make, sometimes outlandish, claims about various teams and players.

As is the case with analysts everywhere, there are bound to be people who disagree with their takes, and sometimes things can get a little bit heated. Shannon Sharpe has no hesitation in destroying his haters.

My bank account says, he could do that tomorrow and I wouldn’t have to spell the word job let alone get one. FOH 🤡 https://t.co/QUfNViDvCB

Shannon Sharpe had an incredibly successful NFL career. He finished his career with 10,000 receiving yards, the fourth most all-time by a tight end.

He made the Pro Bowl eight times, was a first team All Pro four times, and he was inducted into the NFL Hall of Fame in 2011 for his achievements. He’s also a three time Super Bowl champion.

He played for the Denver Broncos and Baltimore Ravens in his career, and both those teams were led by some incredible players. The Broncos had John Elway at quarterback while the Ravens defensive unit was the best of the league at the time.

One time, Sharpe got together with NFL legend Deion Sanders and LaDainian Tomlinson on the former talk show ‘The NFL GameDay Prime’ to discuss plays, and things got a little interesting when Nicki Minaj was brought up. Deion Sanders, aka Prime Time, is a legendary cornerback and returner who has a net worth of $40 million.

LaDainian Tomlinson was a great running back for the then San Diego Chargers and has a net worth of $25 million, giving the two legendary players a combined $65 million net worth. Combine that with Shannon Sharpe’s $14 million, and the trio have a net worth of $99 million.

Shannon Sharpe asked Prime Time if he was still in the coaching business, and Sanders picked out a perfect time to bring up one of his favorite.

“Hey Prime, you still coaching a team, you have any interesting audible calls you could share?” Shannon asked. “We got one play,” Prime chuckled. “We call it Nicki Minaj.” Shannon immediately responded, “Issa fake ain’t it.”

That had everyone on set laughing and crying as Shannon tried to justify what he meant. “Man! Yea but you set me up! I’m sorry Nicki I’m sorry Nicki I got none against you. Man, why do you do that?”

Deion Sanders made sure there was no ill will either,  “I love Nicki. They didn’t want to admit, I just wanted to see what you gonna say.”

Time and LT set me up. Didn’t realize it until it was too late. 🤦🏾‍♂️🤦🏾‍♂️ https://t.co/UMOsiJBzBR

Also Read: “Good to see another defense carry Tom Brady to a Super Bowl”: $10 million head coach got back at Bucs QB for calling him an ‘out of shape a**hole’

Main Mulayam Singh Yadav! All you need to know about the former UP CM’s...

We provide you with the latest breaking news and videos straight from the entertainment industry.
Contact us: [email protected].com