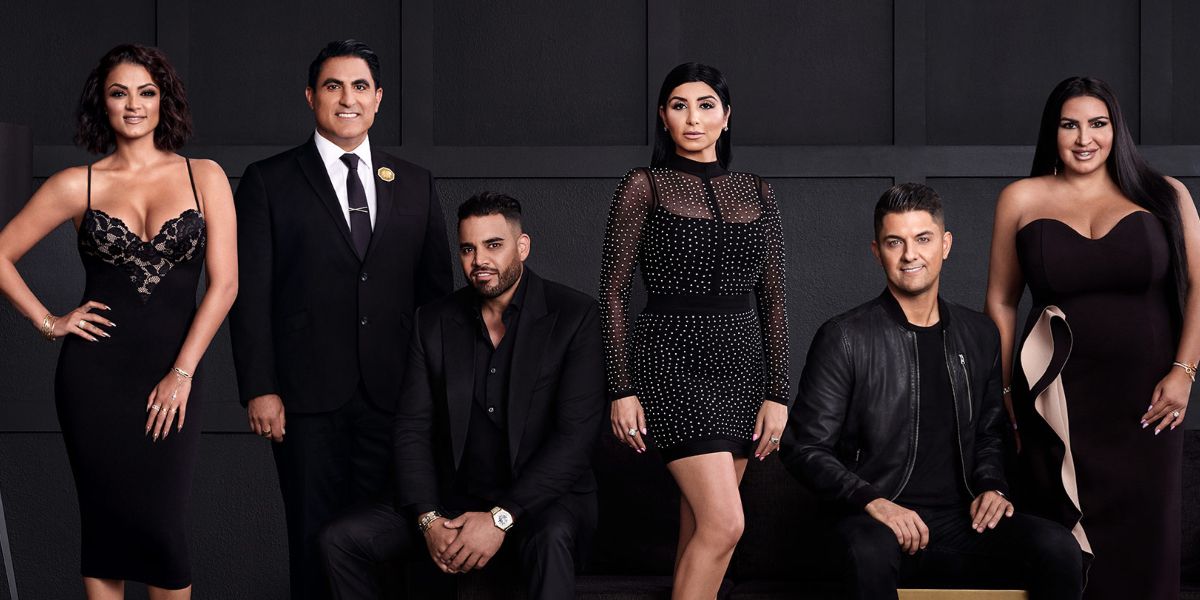 Shahs Of Sunset has reportedly been canceled by Bravo after nine seasons. The rumored axing comes days after star Mike Shouhed was arrested for alleged domestic violence. The Ryan Seacrest-produced reality series first premiered in March 2012. The season 9 finale, which was not advertised as a series end at the time, aired back in August 2021. The show aired 99 episodes in total.

The Beverly Hills-set series was only the second reality show to feature a Persian-American cast. Like many Bravo shows, it followed their career paths and dramatic personal lives. But this group of friends also had to deal with the traditions of their culture, and their families’ expectations. The show was a hit for Bravo, and certain cast members quickly earned Bravolebrity fame, including fan favorite OG Mercedes “MJ” Javid. However, there were a number of major controversies over the years. But why did Bravo reportedly pull the plug, and what should fans expect for the future?

Related: What Happened To Asa Soltan Rahmati After Shahs Of Sunset

The cancelation news was first reported by TMZ on Thursday, April 7. Despite the recent scandal of Mike’s arrest, sources did not point to that incident as the reason for the axe. Instead, anonymous insiders close to production told TMZ that Bravo execs felt the series had simply run its course. And while the main series may be canceled, it is likely not the last fans will see of their favorite cast members. According to TMZ’s sources, Bravo is still interested in continuing to employ some select OGs, potentially on their own spin-offs. In fact, despite the sudden cancelation, stars including MJ, Golnesa “GG” Gharachedaghi, and Reza Farahan, are reportedly already in talks with the network regarding future appearances. All three have been main cast members since the first season. GG, who recently feuded with Lala Kent of Vanderpump Rules, is perhaps the biggest breakout of the series. The 40-year-old already used her fame from the show to launch a hit podcast

The show was routinely criticized by Iranian-Americans, many of whom voiced concerns before it even aired. At the time, the cast defended it by comparing the show to how Iranians were portrayed in 2012 movie Argo. They argued that while that movie stereotyped Iranians as savages, the Bravo series would portray the culture in a new, more positive light. However, the criticism didn’t stop there. Throughout its run, the show was embroiled in many lawsuits brought against Ryan Seacrest Productions. And while Mike had other scandals prior to his recent arrest, he wasn’t the only controversial cast member. Shervin Roohparvar was memorably accused of cheating and Lilly Ghalichi faced a number of scandals in relation to her businesses.

The cancelation news also comes at a transitional time for Bravo. Fans of the network were recently shocked by the announcement that Real Housewives of New York would have a major overhaul and split into two different series. There’s also been many rumors that Vanderpump Rules might also end after nine seasons. Bravo has yet to confirm or deny either way. It took six months for the network to make a decision on Shahs, so Pump Rules fans may still have to wait a while.

All nine seasons of Shahs Of Sunset are currently available to stream on Peacock.