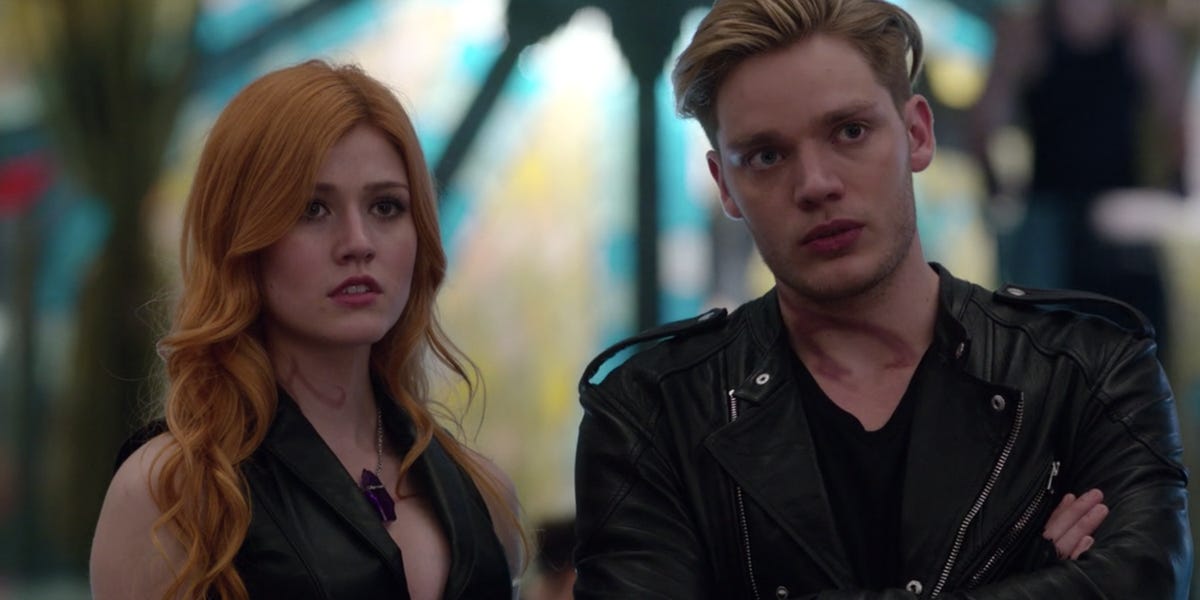 “Shadowhunters” costars Katherine McNamara and Dominic Sherwood are revisiting the “magic” of the beloved fantasy series in their new rewatch podcast, “Return to the Shadows.”

“We’re family at this point,” McNamara told Insider in a joint interview with Sherwood. “We’ve traveled the world together. We’ve made a show together and that doesn’t just go away, even over the years, at least for our show.”

So, when McNamara and Sherwood were cast as main characters and love interests Clary and Jace in the TV show, they didn’t know what kind of response they’d get from fans.

As it turned out, “Shadowhunters” — a world of half-human-half-angels, fairies, warlocks, werewolves, vampires, and more — amassed a devoted fanbase that’s continued to support the show, even three years after its untimely conclusion.

For Sherwood, being on a series that tackled “poignant cultural and social issues,” through the lens of “this slightly extraordinary fantastical world,” was a milestone in his career.

“It was such a prolific point in our lives,” he said. “It really was like a jumping block career-wise for so many of us.”

During its three-season run, “Shadowhunters” received several nominations and wins at the People’s Choice Awards and Teen Choice Awards. The show, championed for its representation, won a GLAAD Media Award in 2017 for outstanding drama series.

After the cancellation of “Shadowhunters” was announced in June 2018, fans rallied behind the series with a Change.org petition, a fundraiser for The Trevor Project, and a billboard in Times Square. Since then, devotees have supported the show and its cast by attending conventions.

So, when McNamara reached out with the opportunity to team up and revisit this show for an iHeartRadio Original podcast co-produced by Propagate Content, it was an easy yes. 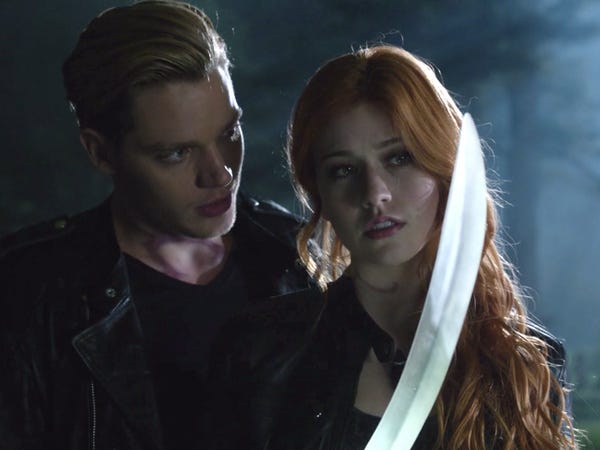 “Return to the Shadows,” launched on April 11, features McNamara and Sherwood reminiscing about their time on the series, sharing anecdotes, and chatting with cast and crew members that brought “Shadowhunters” to life.

“It’s just another love letter to the Shadowfam,” McNamara said.

One of McNamara’s biggest takeaways from leading the show, beginning when she was 19, was that every cast and crew member was integral to its success. Being able to highlight the talent, collaboration, and camaraderie of the crew members through the podcast is especially exciting for her.

“That’s something we’re trying to share with this podcast as well, is the magic of that,” she said. “We would not have been able to make the show in the timeline that we had with the resources that we had if it wasn’t for all of these creatives working together as a solid unit.” 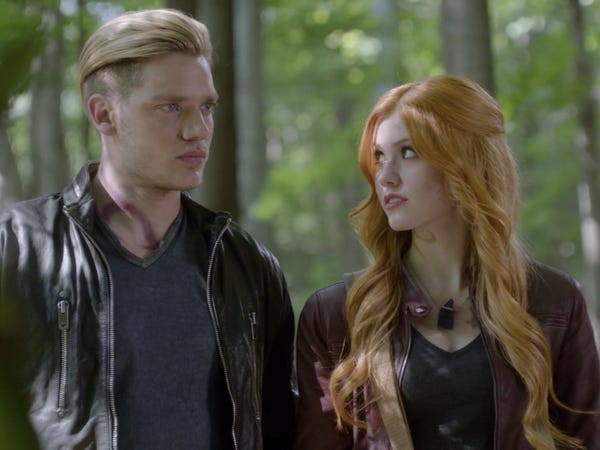 Dominic Sherwood and Katherine McNamara launched their podcast, “Return to the Shadows,” in April.

“Being able to go back through with your best friends is really cool,” Sherwood said. “All we’re doing is talking about the same things that we would be talking about if we were having a beer in a bar. We just happen to be recording it and giving it to everyone else.”

McNamara and Sherwood can’t definitively say how many total installments they’ll record for the podcast, but there will be at least 55 to coincide with the number of “Shadowhunters” episodes.

For now, they’re content to keep the legacy of the series alive for as long as fans engage with it.

“We started doing this podcast because it was a fun trip down memory lane for us,” Sherwood said. “We got to look back on something that was an astonishing achievement not just for us personally as actors but for the crew and for the show as a whole as well.”

“It was really, really profound for so many of the fans,” he continued. “So honestly, I hope that they take away a little bit of nostalgia. And if we make a couple of people smile along the way, then that’s great too.”

Ruben Randall - October 5, 2021 0
Actor
tvN’s “Doom at Your Service”Released a new making of video! Park Bo Young begins the behind-the-scenes video by practicing her lines together...