She’s part of a cast that includes The Office’s Melora Hardin, The Book of Boba Fett’s Max Lloyd-Jones and The L Word: Generation Q’s Arienne Mandi, with Stacey Harding on directing duties (via Deadline).

Hardin will star as romance novelist Emilia, described as a “whirlwind” who makes an attempt to reconnect with her children Taylor (McNamara) and Zach (Lloyd-Jones), under cover of a hometown visit for a local bookshop’s promo event.

Meanwhile, Taylor and Zach are using an app designed as an old-school classified ad to explore both old and new relationships.

Zach gets the opportunity to heal from past experiences, while Taylor matches with a woman who challenges her long-held preconceptions about love. 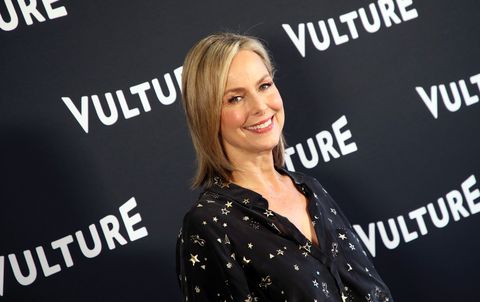 Related: Here’s what was going to happen in Shadowhunters season 4

“This is such a fun story from writer Lynn Sternberger, that is ultimately a story of love, family, and commitment in all its forms,” said Lisa Hamilton Daly, who’s executive vice president of programming at Crown Media Family Networks.

“With a cast that includes Melora Hardin, Arienne Mandi, Katherine McNamara, and Max Lloyd-Jones to help bring this movie to life will no doubt put a smile on the faces of our viewers this spring.”

McNamara, who played Mia on Arrow, recently voiced her eagerness to return to the Arrowverse following her appearance in the Armageddon crossover.

“Truly, if anybody needs a gal to come shoot some arrows at some bad guys in a cool supersuit, just cast a green arrow in the sky and I’ll come running,” she said.

Love, Classified will premiere in April on Hallmark, and production is underway now.

Ruben Randall - July 2, 2022 0
Actor
Riverdale might be coming to an end, but The CW isn’t planning on saying goodbye to the Archie Comics universe just yet,...