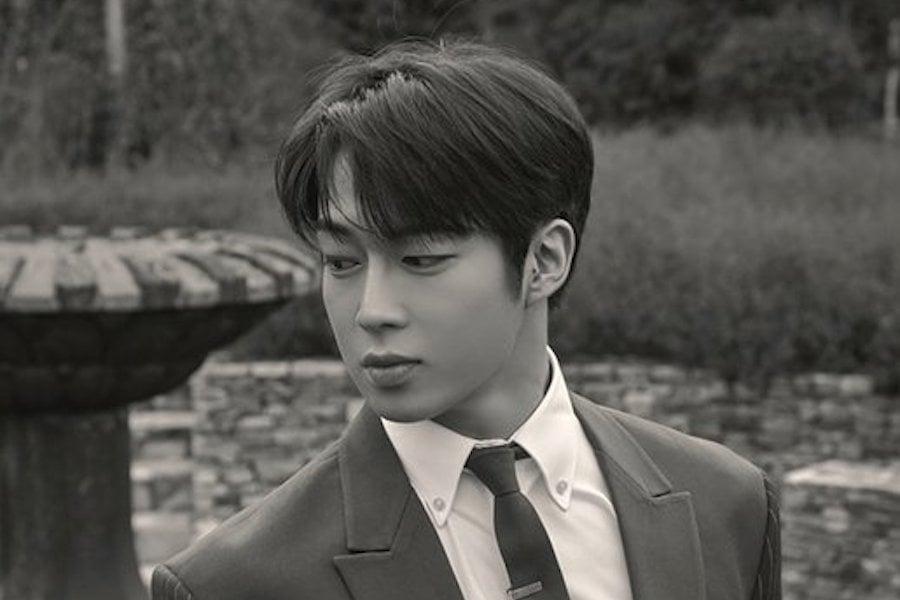 SF9’s Dawon is taking on his first role in an official TV drama!

Dawon has been cast in the upcoming tvN drama “Doom at Your Service.” Starring Park Bo Young and Seo In Guk, “Doom at Your Service” is a fantasy romance about a man known as “doom” who causes everything he touches to vanish and a woman who puts her life on the line to avoid fate.

Dawon will be playing the role of Tak Sun Kyung, the younger brother of Park Bo Young’s character Tak Dong Kyung. He is preparing to enter the workforce, but he is still immature and is the type to act before he thinks. Even though he appears to torment his older sister, he is secretly very grateful to her.

In a statement from his agency, Dawon said, “I’m grateful for the chance to star in an official drama. Because of that, I’m also very nervous and worried. But I’m using that as fuel to work harder at preparing and filming so I hope that people will enjoy seeing the final product. In preparing for the role, I watched a lot of the projects that starred the senior actors I’ll be working with and studied them. I will do my best to show a good side of myself as I take on this new challenge in a new area.”

“Doom at Your Service” is being written by Im Me Ah Ri (“Beauty Inside“) and directed by Kwon Young Il (“My Unfamiliar Family“). It also stars Lee Soo Hyuk, Kang Tae Oh, and Shin Do Hyun, and is set to premiere sometime in the first half of 2021.

See also  Want a job? You'll have to convince our AI bot first

Check out Dawon in the web drama “Click Your Heart” (starring several members of SF9) below!

Ruben Randall - October 9, 2022 0
Money
Rob Hale is funding endowments for grassroots nonprofit groups, the latest twist in billionaire philanthropy. Rob Hale and his wife Karen have a reputation in...