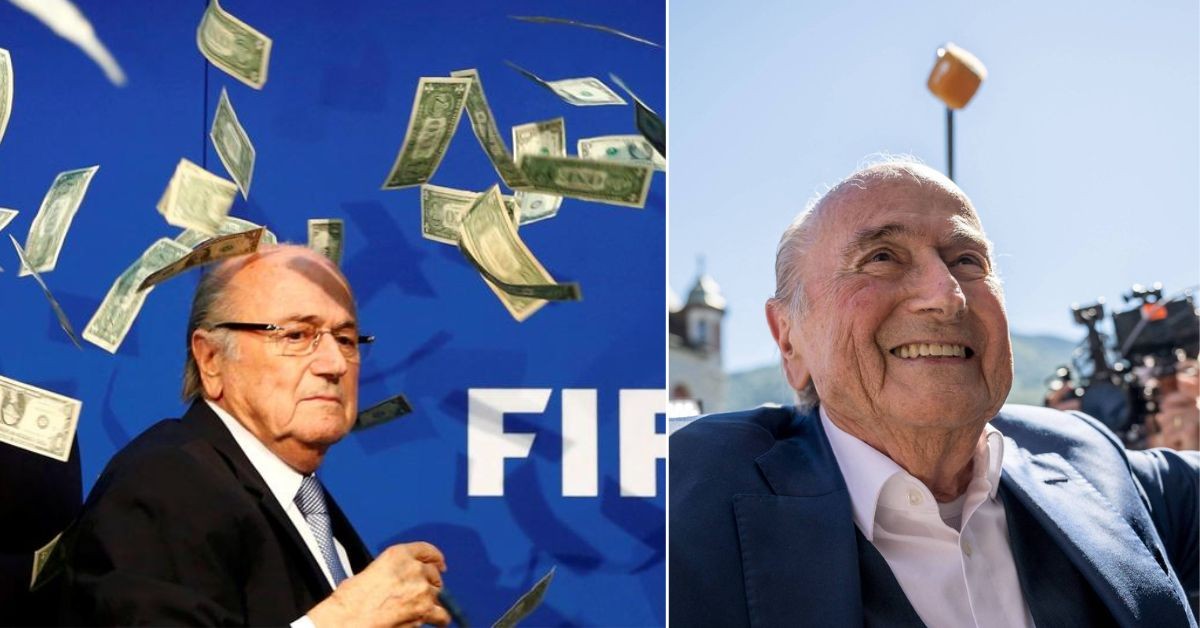 Sepp Blatter was FIFA’s president from 1998 to 2015. He was in charge of FIFA when Qatar was given the World Cup. It is estimated to have cost the country around $230 billion to host the World Cup. This includes the construction of stadiums and other costs. In a recent interview, the former FIFA president admitted it was a mistake to give Qatar the World Cup.

The 8 stadiums that will host the World Cup in Qatar. pic.twitter.com/6coKsF31M5

His tenure as president ended in a corruption scandal. His 17-year tenure ended in a disgraceful manner and he was handed a six-year ban by FIFA.

He started his career as a business and public relations officer and joined FIFA as a general secretary in 1981. During his time as president, Sepp increased the financial performance of the FIFA World Cup significantly.

Blatter has been away from the public eye since his disgraceful removal from FIFA. But while he was at the federation, he was known for his extravagant lifestyle. He was in Paraguay a few years ago to secure votes for his re-election. His rivals had arrived at the same time to garner the votes as well, and left in a coach. Blatter, on the other hand, left in a helicopter.

According to GQ, Blatter went as far as to spend $32 million for a motion picture about himself. He even cast Oscar-nominee Tim Roth to play himself. The movie was all about Blatter’s successes while he was in charge of FIFA. Blatter is said to be worth around $40 million, even after the courts and lawyer expenses, and his former luxurious lifestyle.

Who is Sepp Blatter’s wife?

Sepp Blatter has been married thrice. He was initially married to Liliane Biner, with whom he had a daughter. The couple divorced shortly after that. He then married the then FIFA president Helmut Kaser’s daughter Barbara Kaser. The couple separated in 1991 with Kaser passing away around the same time.

He then married Graziella Bianca in 2002. The couple then separated in 2004. Graziella was a dolphin trainer at the time and was a friend of Blatter’s daughter. She was forty years old at the time and Blatter was 66. Blatter is currently said to be in a relationship with Linda Barras. The couple started dating in 2016 when Barras was reportedly 45 and Blatter was 80.

Where is Sepp Blatter now?

In July, Blatter was cleared of all corruption charges by a Swiss court. Since his acquittal, Blatter has returned to the public eye. He condemned his actions to give Qatar the World Cup, but not just for the human rights issues in the country. “It is too small of a country. Football and the World Cup are too big for it,” Blatter said.

“Since then, social considerations and human rights are taken into account.” He has also called for Iran to be removed from the World Cup. “Iran should be excluded from the World Cup.” He said it was disgraceful that Gianni Infantino had not taken a clear position on Iran. Blatter has vowed to return to football in one form or another, now that his charges are cleared. “You will be hearing from us,” the 86-year-old said to the media.