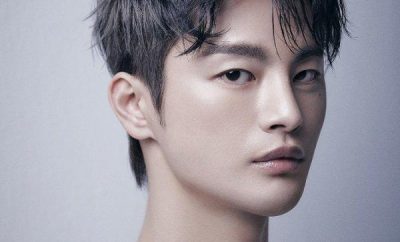 Seo In Guk is set to gift his fans with a new song soon!

Aside from his upcoming drama return with Minamdang, it was reported that he is in the final stages of preparation for the new music. Additionally, he goals to release it in June.

Notably, this is his first single album in five years since the release of “Better Together” in March 2017. Seo is putting all his heart to the preparations such as directly participating in the overall production. An accompanying music video will also be shot by the talented artist.

A former winner of the first season of the Mnet audition program Superstar K in 2009, he released hit songs such as “Calling”, ‘With Laughter or With Tears”, “Mellow Spring”, and “I love you U”.

Debuted in tvN’s Reply 1997, he has been simultaneously engaging in acting ventures.

For his undeniable acting range, he has been lauded for his roles in High School King of Savvy, Hello Monster, Shoppaholic Louis, Task Force 38, and The Smile Has Left Your Eyes. He last worked on the series Doom At Your Service.

Since 2017, he has been focusing on drama appearances. Correspondingly, he has lent his voice to soundtracks of dramas, but his activities as a singer were sparse.

This single is also released as a physical album, which is expected to blow away fans’ regrets.

Meanwhile, Seo In Guk will meet viewers in KBS 2TV’s Minamdang which will be aired for the first time next month.

Ruben Randall - February 24, 2022 0
Actor
IE 11 is not supported. For an optimal experience visit our site on another browser.UP NEXT‘Read with Jenna’ book club discusses ‘Black Cake’...