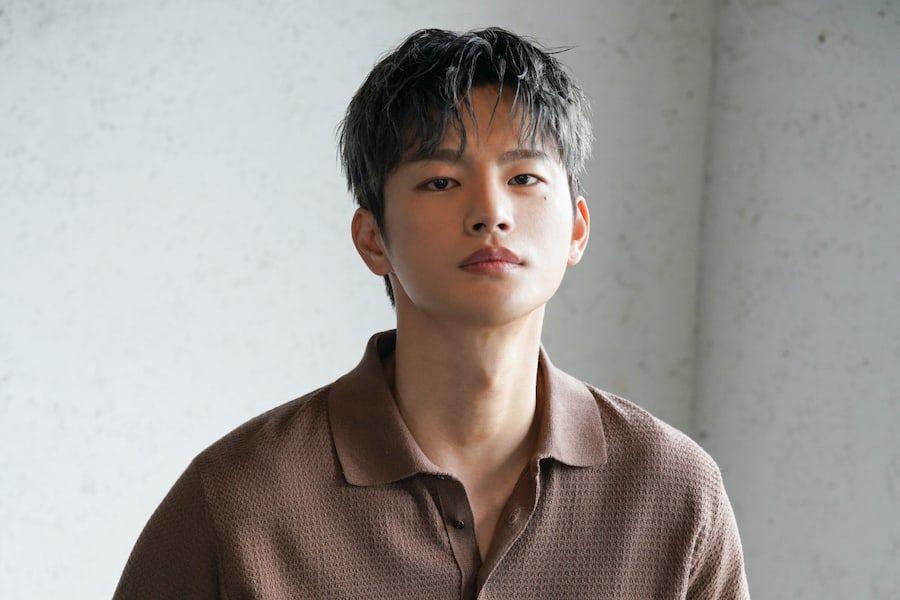 Actor Seo In Guk participated in an interview for the release of his new film “Pipeline.”

“Pipeline” is a heist movie about a group of thieves who risk life and limb for an oil heist in the hopes of turning their lives around. Seo In Guk stars as Pindol, the best drilling technician in Korea, and Lee Soo Hyuk co-stars as Gun Woo, the rich mastermind behind the plot.

Seo In Guk said, “Even though Pindol is a criminal, I was attracted to how confident he was in his technical skills. He thinks fast and has a sharp temper. I’m also the type to think fast, but I’m not as fast as Pindol. I need some time to organize my thoughts and sometimes I space out, but Pindol doesn’t have that side to him at all. I want to be as quick at grasping a situation as he is.”

Seo In Guk and Lee Soo Hyuk are also starring together in the drama “Doom at Your Service.” Seo In Guk in particular is known for making physical transformations for a new acting role. He said, “I didn’t change my physique much for ‘Pipeline.’ He’s someone who works down in the dirt, in caves and in mines. Pindol does fuss over his appearance when he wears fancy suits and watches, but that’s just to hide the fact that he works in a mine.”

About working with Park Bo Young in “Doom at Your Service,” he said, “It was fun spending six months with her, and I learned a lot. I think she’s an amazing actor. Her attitude on set, her expression of her character, her quick understanding of the director’s instructions, and her refreshing, bright energy were all great to see.”

About working again with Lee Soo Hyuk, he said, “We weren’t able to get close when we first worked together in ‘High School King of Savvy.’ Our characters were on guard against each other, so we didn’t spend much time together off set. But after the drama ended, we met up in person and played games and ate together and worked out together and became closer. He’s actually quite cute and chatty. He gets his happiness from making others laugh. It’s a totally different image from what you see on TV.”

Seo In Guk made his debut through an audition program as a singer in 2009. He said, “I think [the reason I was able to be so successful] is that I had so many good people around me. All the people I’ve met through work, the people I’ve worked with have been good people. Someone told me once that I have good luck in people, and I think that’s true. It’s not something I intended, but I think that’s the secret to my success.”

Asked if he had plans to continue his music career, he replied, “I’m always working on music in my personal time. I even recently visited the studio. I’m working with producers that I’m close with. I’m not exactly working on an album yet, but I’m working on music. I’m also going to participate in the drama OST. Please look forward to it.”

Check out “Doom at Your Service” below!

What Is David Crosby’s Net Worth?