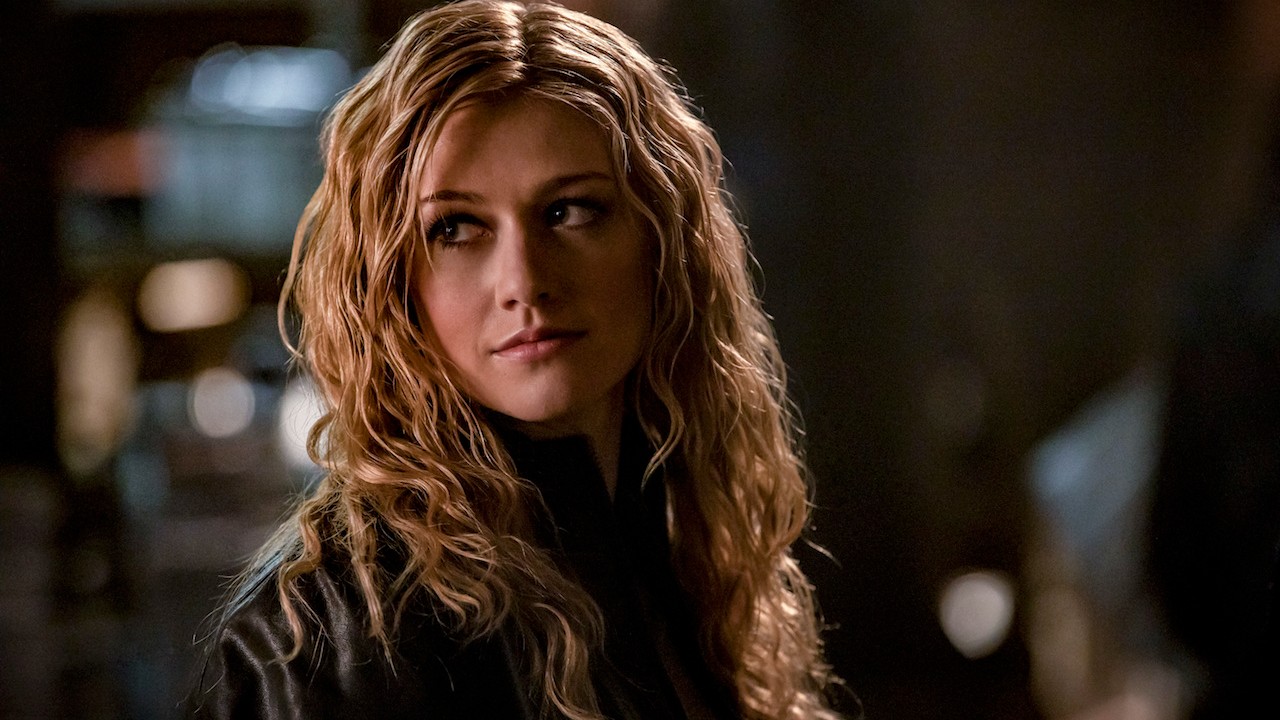 By Chad Langen
| Published 4 hours ago

While Katherine McNamara waits for The CW to decide the fate of Walker: Independence, where she portrays the character of Abby Walker, she’s been using her downtime to engage with her loyal fanbase on social media. Just recently, the star took to Instagram to share a couple of images of herself post-workout, sporting a revealing neon green top and a pair of black grappling gloves. The actress appears to be in fight mode as she wears a pair of baggy boxing shorts and a set of heelless sneakers.

In one photo, Katherine McNamara sits with her legs outstretched on a staircase, staring intimidatingly at the camera. She has a bright green jacket draped around her upper body, with her cute pigtails hanging at shoulder length. In the second picture, the actress looks prepared to brawl, as she stands in a fierce pose in what appears to be an alleyway.

The post, which included the caption, “I was going to make a pun about boxing but I forgot the punchline…,” has already garnered nearly 80,000 likes. Additionally, hundreds of users took to the comments to compliment Katherine McNamara on her stunning looks and her bold attire. Even Ruthie Davis, a renowned designer of luxury shoes, which have been worn by celebrities like Lady Gaga and Beyoncé, praised her for being “the coolest & prettiest girl in Hollywood.”

The 27-year-old actress is certainly no stranger to social media, often taking to platforms like Facebook and Instagram to share photos of herself in stunning outfits and to promote her recent and upcoming projects. On Instagram, Katherine McNamara has shared over 4,500 posts since launching her account. Currently, she has over 4.1 million followers on the Meta-owned social network.

Katherine McNamara is best known for portraying the character of Clary Fray on the Freeform series Shadowhunters. The show, which is based on the popular book series The Mortal Instruments by Cassandra Clare, ran for a total of three seasons. Although the series had decent ratings, Constantin Films couldn’t afford to keep the show going, as it required hefty financing for its glossy look and special effects.

Following the cancellation of Shadowhunters, Katherine McNamara had a prominent role in The CW’s Arrowverse, where she landed the role of Mia Smoak. Her first appearance as the character was in the ninth episode of Supergirl Season 5. She reprised the role in one episode of Batwoman before appearing in 20 episodes of Arrow from 2018 to 2020.

Most recently, Katherine McNamara starred as the main character on Walker: Independence, which serves as a prequel to The CW series Walker. On the show, Abby’s husband is murdered before her eyes, and on her quest for revenge, she crossed paths with Hoyt Rawlins. Their journey takes them to Independence, Texas, where they encounter residents running from their own pasts.

The first season of Walker: Independence consisted of eight episodes, and at this time, the network hasn’t renewed the series. Fortunately, even if The CW opts to not move forward with a second season, Katherine McNamara has other projects lined up. She’s set to appear in the Charlie Day-directed comedy El Tonto, as well as the thriller Jade.