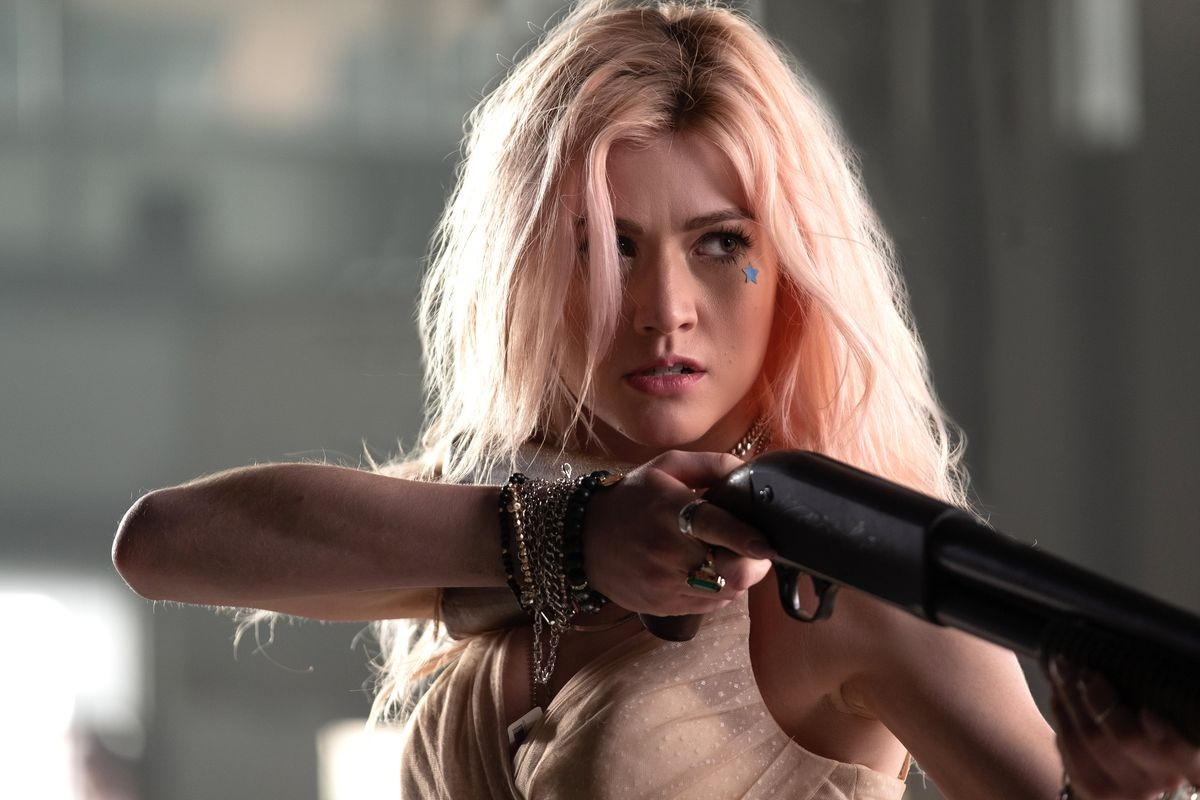 Former Arrow star Katherine McNamara shared pictures of herself in a beautiful orange dress on her Instagram account.

By Charlene Badasie
| Published 8 hours ago

Katherine McNamara recently took a break from all things related to her new series, Walker: Independence, to share a few sultry photos on social media. Dressed in a metallic orange, single-sleeved dress, the former Arrow star posed on a walkway surrounded by trees. For the informal shoot, she wore minimal make-up with her blonde hair loosely styled over her shoulders. She completed the outfit with a pair of simple high-heeled shoes.

The 26-year-old is no stranger to social media, often sharing photos, magazine covers, and behind-the-scenes videos from her most recent projects. Although Katherine McNamara is best known for her work as Mia Smoak in the superhero series Arrow and other shows in the Arrowverse, the actress has an impressive list of film credits too. She starred as Lily Bowman in the 2011 romantic comedy New Year’s Eve, and as Rosa in 2015’s A Sort of Homecoming.

She also won a Teen Choice Award and a People’s Choice Award for her work as Clary Fray on the supernatural drama series Shadowhunters which ran from 2016 to 2019. After a few minor roles as Sonya in the dystopian film series Maze Runner, and as Julie Lawry in the post-apocalyptic miniseries The Stand, Katherine McNamara was cast in the lead role of Abby Walker in the brand new CW series Walker: Independence.

Developed for The CW by Anna Fricke, Walker: Independence is a prequel to Walker, which also airs on the network. Along with Katherine McNamara, the show features Matt Barr as Hoyt Rawlins, and Katie Findlay as Kate. Greg Hovanessian, Philemon Chambers, Justin Johnson Cortez, Lawrence Kao, and Gabriela Quezada also star. The series premiered on October 6th and was paired with its flagship series in a Thursday time slot.

Set in the late 1800s, Walker: Independence serves as an origin story. It follows Abby Walker (Katherine McNamara), an affluent Bostonian who witnesses her husband’s murder while traveling out West. When she crosses paths with Hoyt Rawlins (Matt Barr), a lovable rogue in search of purpose, their journey takes them to Independence, Texas, where they encounter a diverse group of citizens hiding from their demons and chasing their dreams, all while becoming agents of change themselves.

Speaking to Deadline about Walker: Independence, Katherine McNamara talked about why she was drawn to Abby – a woman who is making a future for herself in a new town with the help of strangers. “Abby is not your traditional woman in the West. She has the strong grit that you often see in these female characters,” she explained.

The character has a huge range of vulnerability and strength throughout this whole story. There’s more to be discovered about her. And the series still has plenty of episodes left to reveal her character.

Away from television, Katherine McNamara will also appear as Terry in a currently untitled comedy, formerly known as El Tonto. Written and directed by Charlie Day, the story follows a silent character who becomes an accidental celebrity only to lose it all. The project is currently in post-production and features stars like Jason Sudeikis, Edie Falco, John Malkovich, Jillian Bell, Ray Liotta, Ken Jeong, Adrien Brody, Kate Beckinsale, and Travis Fimmel.

Welcome to THE COMMONS — News and Views for Windham County, Vermont

Ruben Randall - November 6, 2022 0
Actress
The hosts of Newcomers, Lauren Lapkus and Nicole Byer, have turned their fandom curiosities to Star Trek in this podcast crossover. Watch the Deep Space...

Blake Lively and Her Sister Robyn Lively Just Made a Rare...