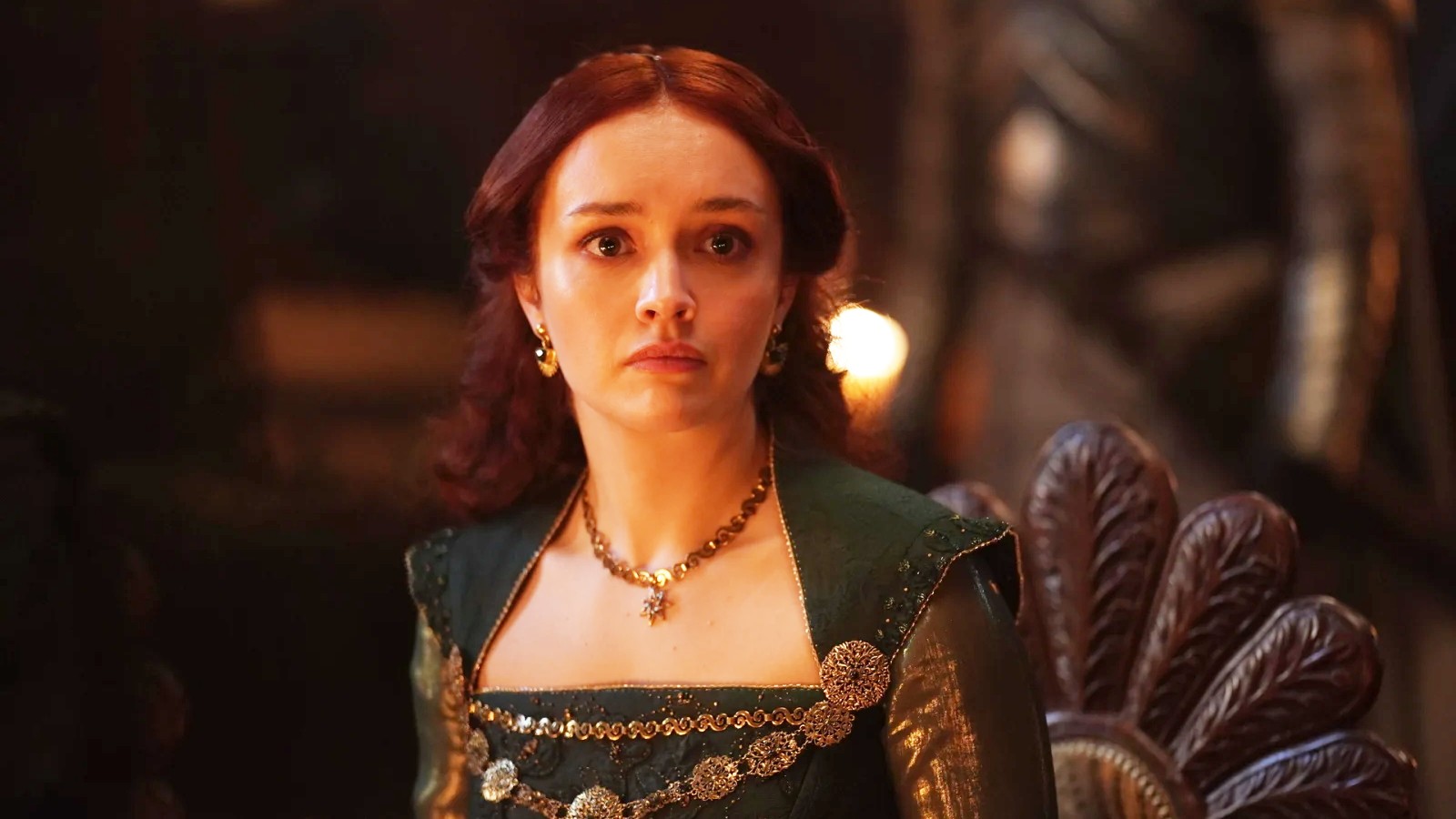 Olivia Cooke from House of the Dragon shows off some sexy lingerie in a new post.

By Phillip Moyer
| Published 23 hours ago

House of the Dragon actress Olivia Cooke modeled some new lingerie on Instagram this week. Cooke, who plays the role of Queen Alicent Hightower, told her followers that she’s “here to catfish you all again” while striking a gorgeous pose as part of a professional photoshoot, which you can see below:

The image, posted on Monday, shows her lying down in a risque set of red lacy lingerie, complete with stockings that rise all the way up to her thighs. Olivia Cook is seen leaning on a red chair, on a red carpet, in front of a red curtain, making a striking image that has brought about more than 235,000 likes and almost 2000 comments on the social media platform.

Olivia Cooke also serves as a brand ambassador for the London jewelry designer Garrard. Cooke represented Garrard at a recent party the company hosted at Kensington Palace, modeling the brand’s newest line alongside Josephine de la Baume, Charli Howard, Ella Richards, and Georgia Palmer. Garrard is most famous for serving as the United Kingdom’s first official Crown Jeweler — a post it held from 1843 until 2007.

Neither House of the Dragon nor Game of Thrones have shied away from showing some steamier scenes. However, besides a rather unusual foot fetish scene, Olivia Cooke has remained modestly dressed throughout the entire series. Her character has so far shown herself to be a conservative woman who is stuck in a loveless marriage that gnaws at her sanity and stability before she stages a political coup to put her son on the throne.

However, social media isn’t the only place where Cooke has shown her sexier side. Her roles in Bates Motel, Katie Says Goodbye, Little Fish, and Naked Singularity have proven that she has no problem embracing racier roles.

The role of Alicent Hightower is by far Olivia Cooke’s biggest role since she played Art3mis in the 2018 adaptation of Ready Player One. She’s also appeared in the Apple TV show Slow Horses, the TV miniseries Vanity Fair, and the BBC series The Secret of Crickley Hall. She also, hilariously, voiced the Loch Ness Monster in the animated series Axe Cop, which was famously based on a comic written by a five-year-old.

Olivia Cooke will return to her role of Alicent Hightower in Season 2 of House of the Dragon, which will likely premiere in 2024. Given the series’ penchant for killing off characters, it’s not clear whether Hightower will survive to appear in any further seasons.

Olivia Cooke is also set to appear in the upcoming thriller Mother’s Milk, playing a journalist who is trying to track down her son’s killer with the help of his pregnant girlfriend. Olivia is also reportedly in talks with Marvel Studios to play Abigail Brand, the head of the counterterrorism agency S.W.O.R.D. that was first revealed in the MCU as part of the Disney+ series WandaVision.