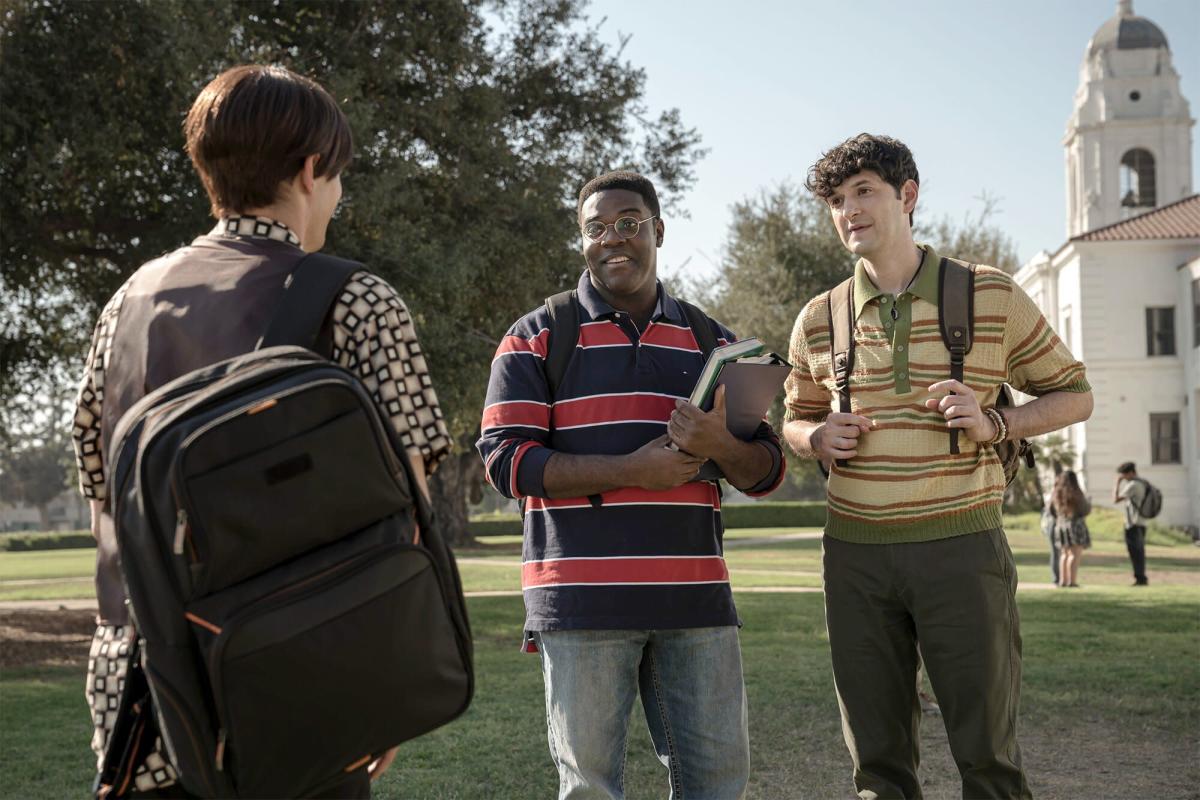 The Afterparty‘s cast is living every adult’s worst nightmare in the show’s latest episode: going back to high school.

The genre-bending series’ fifth entry (dropping Friday on Apple TV+) serves as both a flashback episode and a high school movie, jumping back to the characters’ pasts to reveal some crucial backstory. In the episode, lonely outcast Walt (Jamie Demetriou) recalls a party he threw 15 years ago, which many of his classmates attended — and which became a traumatic experience for several of them. 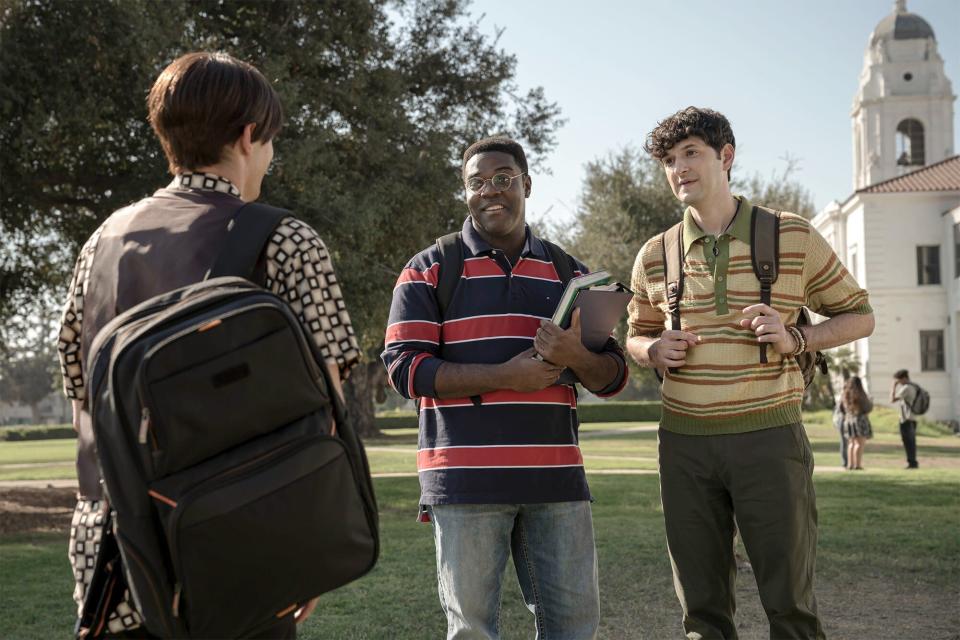 But it’s not all so dramatic: As you can see in the exclusive clip above, director Chris Miller opted to have the show’s adult actors play the high school-aged versions of their characters as well, leading to sights like Sam Richardson‘s Aniq in nerdy glasses and Dave Franco‘s Eugene (a.k.a. Xavier) rocking a truly spectacular (read: terrible) haircut.

Set in the aftermath of a high school reunion, The Afterparty begins with Xavier having been killed during the titular event at his mansion. Each episode sees a different party guest give their account of what happened that night (or, as the case may be, 15 years before), with each one told through a different genre reflecting the character’s personality. (The first four episodes were done in the style of a rom-com, an action film, a musical, and a horror movie.)

“Everybody is bringing a lot of historical baggage with them, and that isn’t exactly what you might think,” Miller previously told EW. “The whole idea was to provide a new surprise understanding in every episode of how the dynamics between the characters are different than what you expected.”

Watch the full clip from episode 5 (and hear its impeccable needle-drops) above.

Ruben Randall - June 13, 2022 0
Actor
Mothers hold a special place in every child’s heart. For a child, their mothers mean the world to them. A child clutches on...