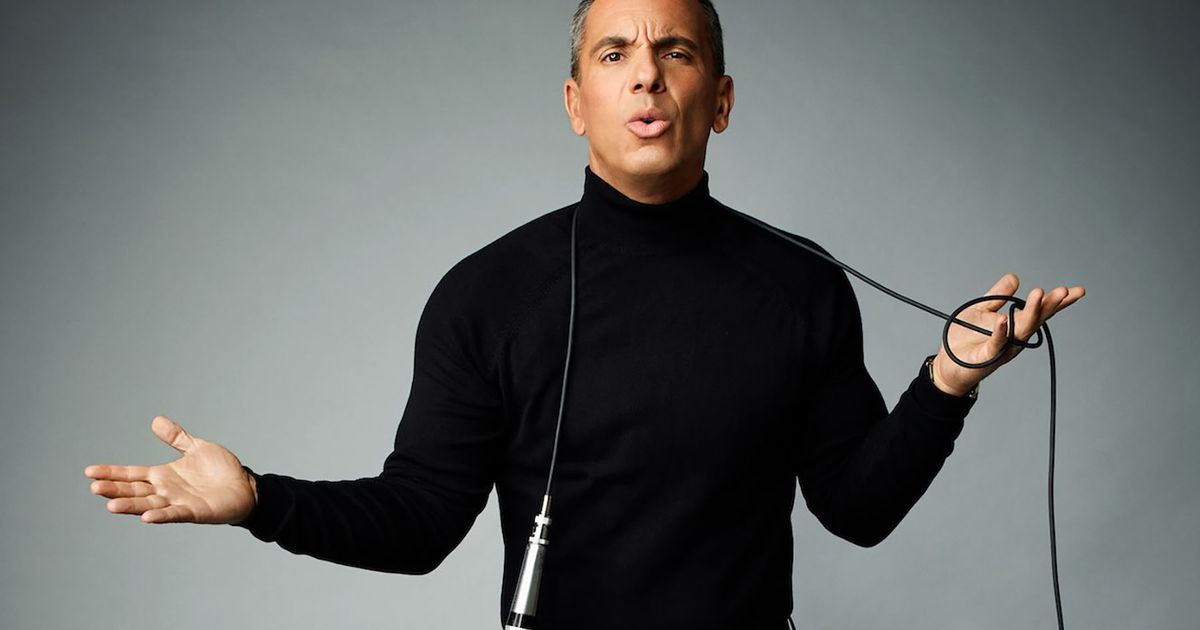 Now he has co-written and shot a movie loosely based on his own life called “About My Father” with De Niro as his dad. It’s set to come out some time in 2022.

“It’s about being from a middle-class immigrant family and marrying into an upper-class family,” said Maniscalco in a recent interview with The Atlanta Journal-Constitution while shooting his film in Alabama. “It’s a culture clash of two socio-economic groups. And the whole movie takes place at my girlfriend’s summer home. It’s a comedy with heart.”

Unlike “The Irishman,” in which he had a relatively small supporting role, he is the lead in this movie.

“It’s exciting,” he said. “It’s nerve-wracking. It’s all of the above. I’m basically in every scene.”

Now 48, Maniscalco said the past 23 years as a stand up “has been a long road. I remember doing clubs in Atlanta on a Wednesday when there were 12 people in the audience. To reach this level, I never thought I’d do arenas. It was not something on my vision board.”

While he has always loved performing in small clubs, he realizes his popularity requires larger venues. Fortunately, he is very active on stage and emotes his big personality, which translates well on an arena stage.

He chose to do the show in the round, which gives more attendees a better view. “It’s a little more intimate than a stage at the end of the arena,” he said, “I got advice from Kevin Hart, who has done a lot of arenas. In the end, it hasn’t been that big of an adjustment for me. I’m very physical in my use of space already.”

See also  The Most Popular Celebrity Home Revealed, Look Inside

His comedy, he notes, has evolved with his life. He’s now married with two young kids so that illuminates his jokes now.

“I talk a lot now about being a new parent,” Maniscalco said. “It has definitely changed from 10 years ago. I don’t like to rest on my material or repeat them over and over. I get bored. And if someone is going to pay to come see me, I don’t want them complaining that they’ve heard the same jokes that they did the last time.”

The pandemic, he noted, was a blessing and a curse. He got to spend 15 months with his young children in a way he otherwise wouldn’t have.

But they are ages two and four, so he said they are often a tougher audience than folks who pay for tickets to see him.

“I have to work for the laughs with them,” he said. “I’m running out of material for my kids. But making them laugh is more fulfilling than making the adults laugh.”

Maniscalco spent a lot of time cooking while at home for an extended time. “I’d wake up at 5:30 a.m. and make a five-star hotel buffet,” he said. “French toast! Pancakes! I was just bored out of my mind making food. Then we’d make cookies in the afternoon. The pandemic felt like Groundhog Day.”

He did find time to shoot a show for Discovery+ in January where he married his love for cooking with comedy called “Well Done With Sebastian Maniscalco.”

“I tackled things I was interested in,” he said. “We went fishing. We made sushi. We learned how to grill steak. We did a segment on what dogs eat. I just wanted to step out of the box of standup.”